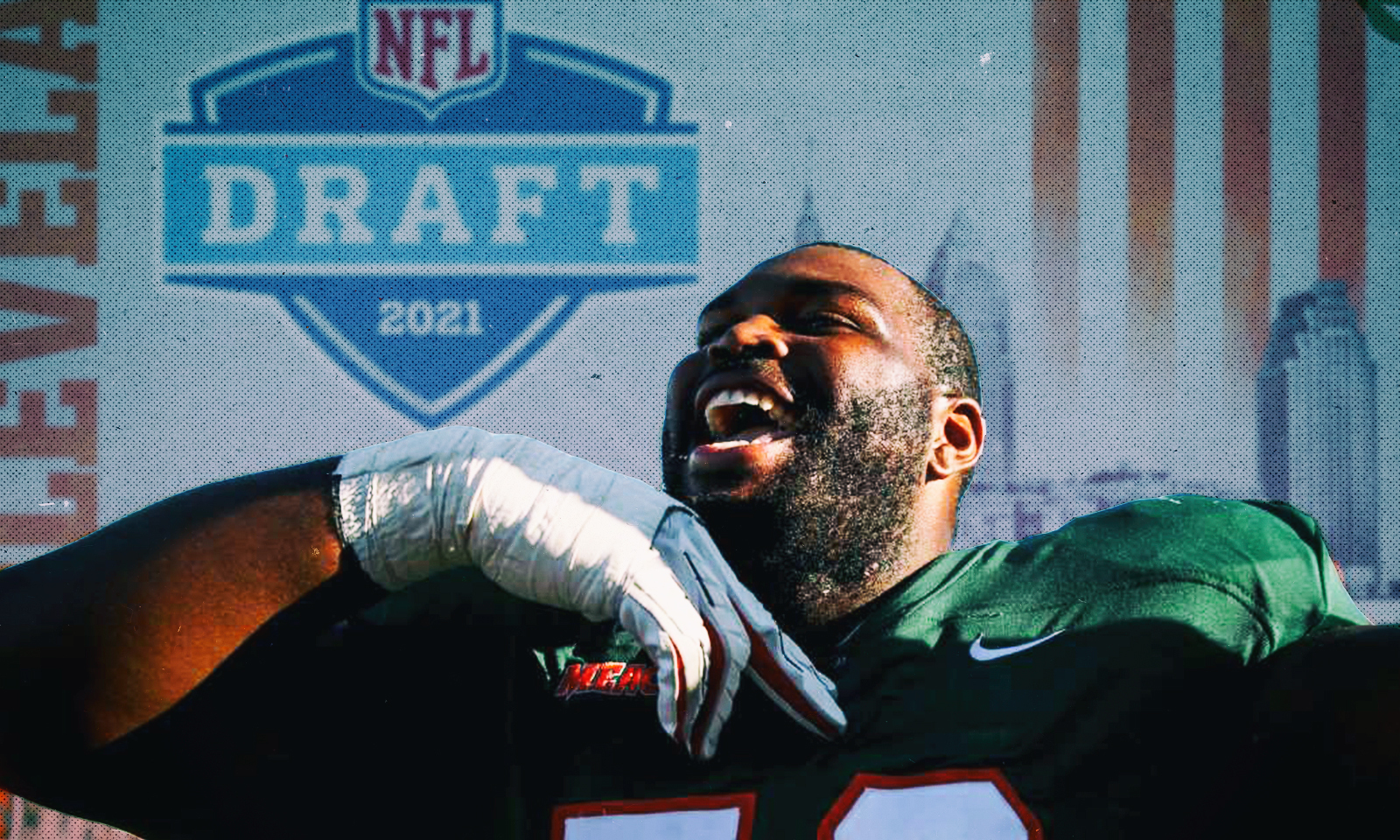 Calvin Ashley made headlines last year when he transferred from Auburn to Florida A&M.

Now the offensive tackle is planning to forego his senior season at FAMU and declare for the 2021 NFL Draft.

Ashley took to Twitter his decision to move on from Florida A&M after his lone season in Tallahassee. The 6’7, 335 pound offensive lineman quoted scripture and explained his decision.

“Due to the cancellation of our season in the Fall, I will spend this time training and preparing for myself mentally and physically,” Ashley wrote. “With that being said, I will be foregoing my senior season and declaring for the 2021 NFL Draft.’

In a lot of ways, COVID-19 made the decision for him. The MEAC, along with the other three NCAA HBCU conferences, announced it will not compete in football this fall. Spring is a possibility, but the NFL Draft process will be in full swing by that time.

With COVID-19 forcing many athletic conferences like the MEAC to suspends fall sports, many players– especially seniors– are faced with the tough decision of whether or not to return back to their respective Universities for one last season.

The addition of Calvin Ashley to FAMU’s roster for the 2019 season was monumental for the team. He helped FAMU to a 9-2 overall and a conference record of 6-1.

Ashley may be first in a long list of players to make the leap to the 2021 NFL Draft from HBCUs.