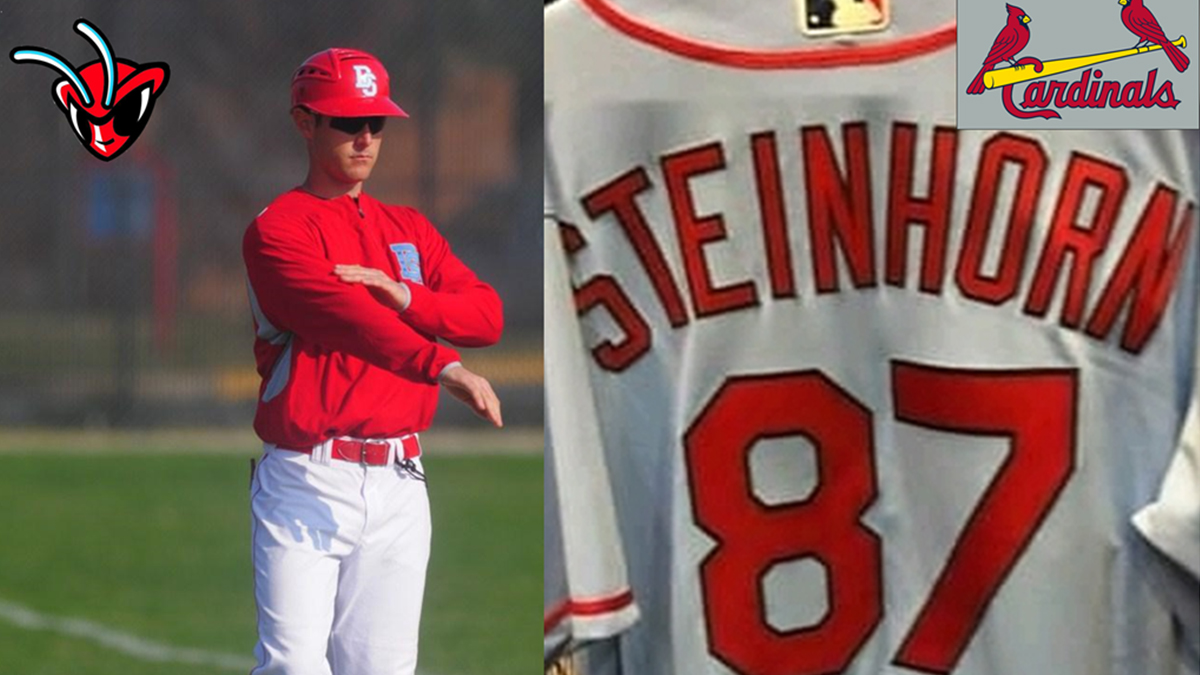 Delaware State’s Russ Steinhorn is in Major League Baseball after his recent appointment as a hitting instructor with the St. Louis Cardinals.

DOVER, Del., Aug. 15, 2020 — Eight years ago, Russ Steinhorn was a member of the Delaware State baseball staff that led the Hornets to the Mid-Eastern Athletic Conference (MEAC) Northern Division title and appearance in the MEAC championship series.

Today, Steinhorn is in Major League Baseball after his recent appointment as a hitting instructor with the St. Louis Cardinals. He was a minor league hitting instructor in the Cards’ organization before the call up to the big club.

Before joining the Cardinals, Steinhorn was most recently an assistant hitting coordinator for the Philadelphia Phillies. From 2013-17, he served in the Houston Astros system. That included three years as hitting coach in the New York-Penn League and a year each managing in the Dominican Summer League and Class-A Midwest Leagues.

In 2017, Steinhorn was the manager of the Quad Cities River Bandits, the Single-A affiliate of the Astros that had an 86-61 record and won the Midwest League title. In 2016, he was the manager of the Dominican Summer League Astros team that had a 42-23 record. Steinhorn’s first year with the Astros organization was in 2013, his first of three seasons as hitting coach with Tri-City.

In Steinhorn’s final season as pitching coach under J.P. Blandin at Delaware State in 2012, the Hornets posted a 40-17-1 overall mark, tying the team record for wins in a season. DSU led the MEAC with a team earned run average of 3.59 and reached the MEAC Tournament final for the first time since 2004 that season.