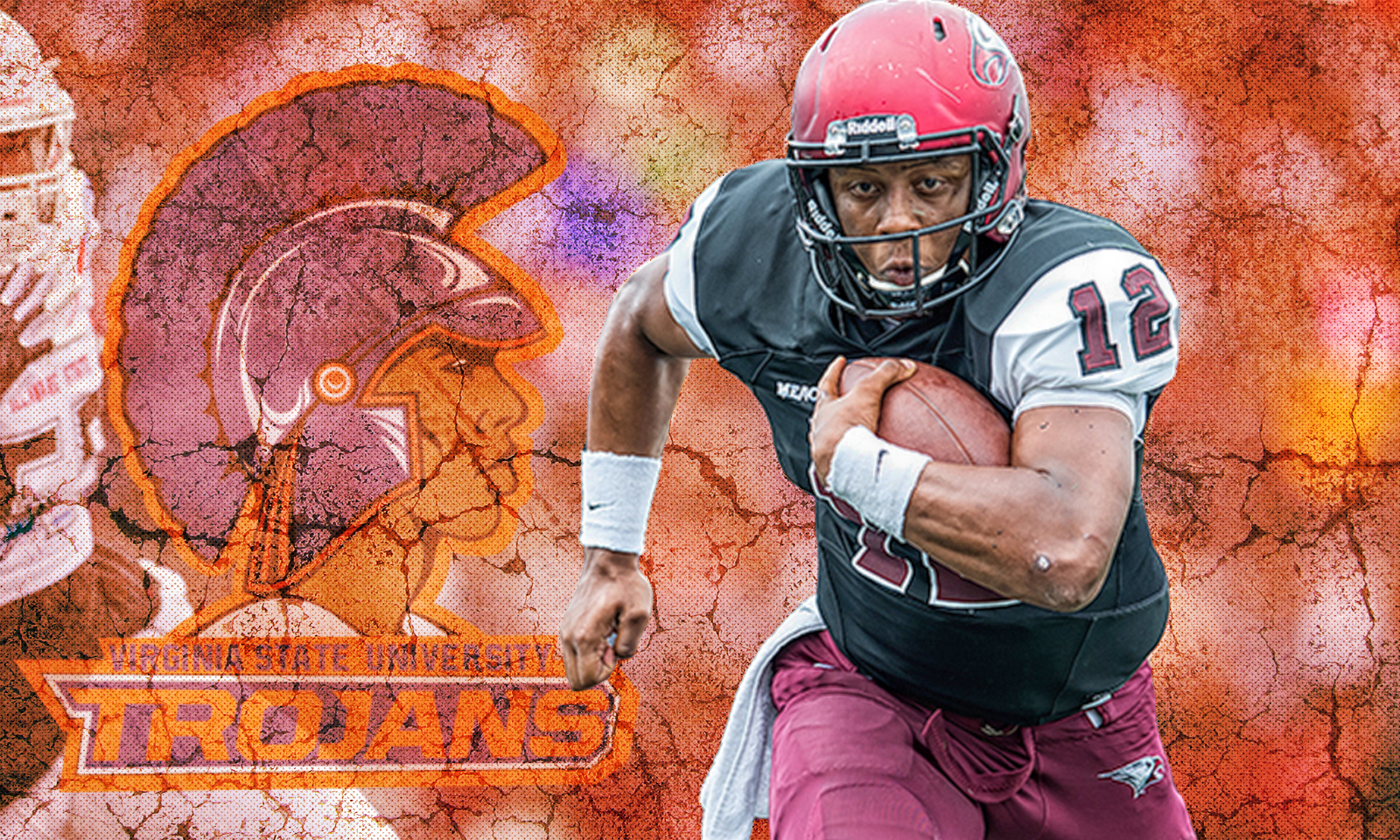 After sitting out almost all of the 2019 football season, former NC Central QB Chauncey Caldwell is headed to a new program in the CIAA.

Chauncey Caldwell is no longer at North Carolina Central but he is still an HBCU quarterback.

Caldwell began his career under head coach Jerry Mack in 2017. He played in 11 games, starting eight, as a true freshman as NCCU finished 7-4 on the season. He threw 10 scores to just three picks while completing 53.7 percent of his passes.

His sophomore season was injury-ridden, but he did have some solid moments. His best 2017 game came against Howard were he out-played Caylin Newton and willed his team to a victory while compiling 464 yards of total offense and four scores.

The 2019 season brought in a new regime under head coach Trei Oliver. Caldwell completed just eight of 24 passes in the season opener in a blowout loss. That was his last game in the maroon and gray.

“I have decided to enter the transfer portal, with the desire to embrace new opportunities that will further my academic and athletic abilities,” Caldwell wrote after the season opener.

Virginia State is coming off an 8-2 season in 2019, finishing second in the CIAA North. It did, however, lose three-year starter Cordelral Cook who exhausted his eligibility.

Caldwell is a big quarterback with solid wheels who doesn’t turn the ball over in the air. Like Cook, he’s a dual-threat in both the passing and running game for Reggie Barlow’s offense. He gave MEAC defenses headaches, and now he’ll hope to do the same to CIAA defenses.