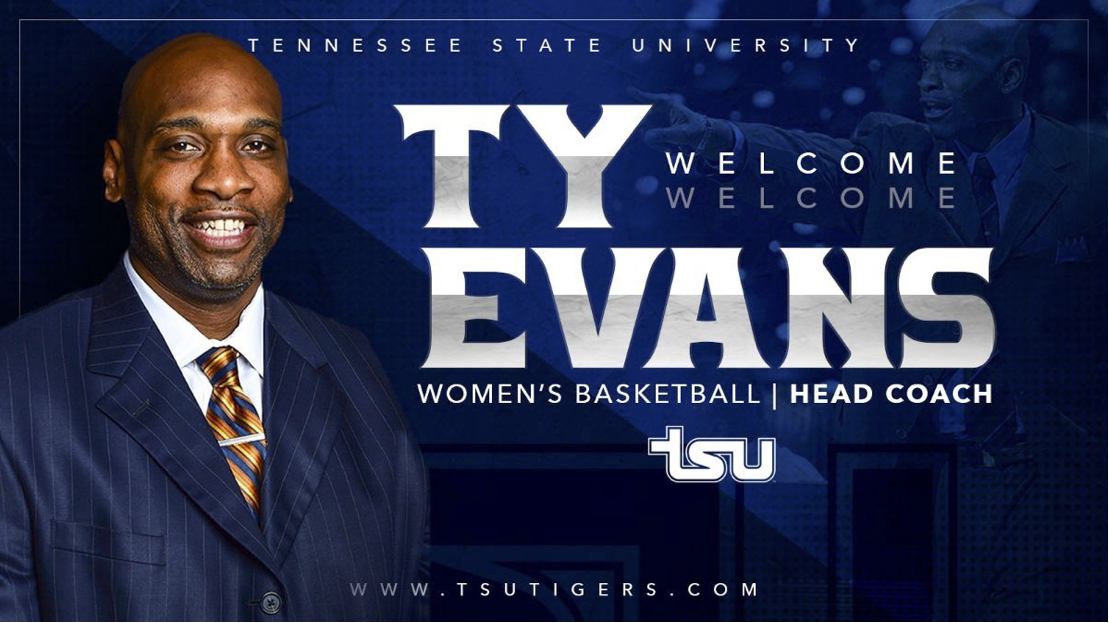 Auburn assistant Tywaune “Ty” Evans is taking over the women’s basketball program at Tennessee State. He’s got lots of experience.

“Ty Evans will bring an abundance of energy, enthusiasm, and a winning mentality to the Tennessee State University women’s basketball program,” said AD Allen. “Coach Evans comes to us highly respected in the coaching field and has earned a national reputation for being a program builder, a phenomenal teacher of the game, an elite recruiter and an outstanding developer of talent. Throughout his career he has played a significant role in the holistic development of the student-athletes he’s coached.”

“Words can’t possibly convey the level of happiness, excitement, and gratitude that I feel as a result of being named the next women’s Head Basketball Coach at Tennessee State University,” said Evans.  “This moment is a culmination of many years of preparation, hard work, sacrifice, disappointment and prayer, and it’s a journey that I wouldn’t change. Thanks to Dr. Allen, President Glover, and the entire selection committee for entrusting me with this opportunity and to the entire “Big Blue” family, specifically my players, it’s time to … #PressPlay.”

President Glover said experience was a key factor in the selection of an individual that has paid his dues, ascending through the coaching ranks.

“The University was committed to hiring a seasoned veteran to provide the leadership needed to take our women’s basketball program to the next level, and he has earned the right to be a head coach,” said President Glover.

A proven winner as a coach and player, Evans is the 12th head coach in program history. He is a native of Beloit, Wis., and comes to TSU after seven seasons as an associate head coach and assistant coach at the University of Auburn under Terri Williams-Flournoy. This includes helping lead the team to two NCAA Tournament appearances. Prior to his tenure at Auburn, Evans served two years at Georgetown under Williams-Flournoy before accepting a position at Alabama in 2007.

“Ty has always been one of the top up-and-coming associate head coaches in the business,” said Coach Williams-Flournoy. “I am extremely thrilled he has been given the opportunity to be a head coach.  He has worked very hard for and with me the past 10 years. He will truly be missed. His passion for the game is overwhelming, which stands out in his work on the court! I wish Ty the best. Tennessee State got a good one.”