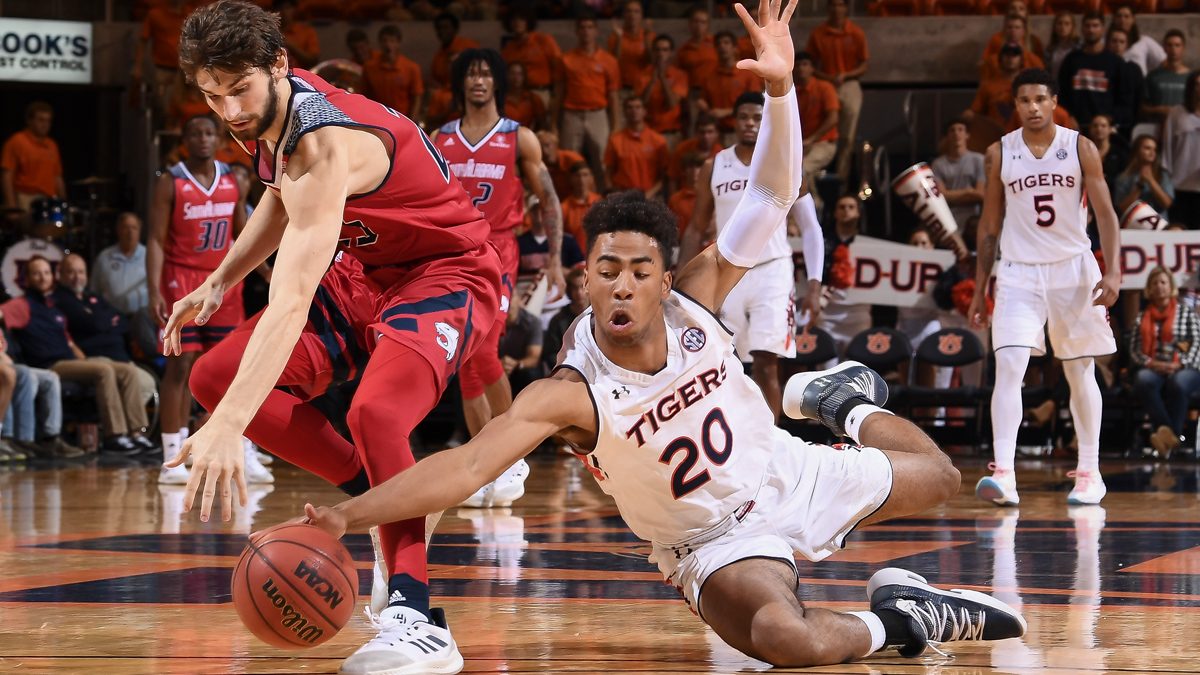 Myles Parker spent the last two seasons on the bench at Auburn. Now he’s headed to his hometown, Huntsville, to play at Alabama A&M.

Alabama A&M has signed Myles Parker, a 6-foot-8 forward from Madison, Ala. who is transferring to Huntsville after spending the past two seasons at Auburn.

Parker played high school basketball at Madison Academy, where he was part of two Class 3A state titles and one appearance in the Class 4A tournament semifinals. He averaged 16.9 points, 6.8 rebounds, 2.5 assists and 1.1 steals during 2016-17 season He attended Hargrave Military Academy in Virginia before walking on at Auburn.

Parker had offers from UNC Asheville, North Alabama, Presbyterian and Campbell prior to coming to Auburn. He entered the transfer portal back in April, ultimately coming to his hometown program.

“Myles is a great addition to the Alabama A&M basketball program,” Howard said. “He will add great knowledge and experience after spending the past two seasons at Auburn under a great coach in Bruce Pearl.

“On the floor, Myles can score inside and out, and is very athletic. He will allow us to be very versatile on offense and defense.”

For the Alabama A&M men’s basketball program, Parker is the seventh addition to this season’s signing class.