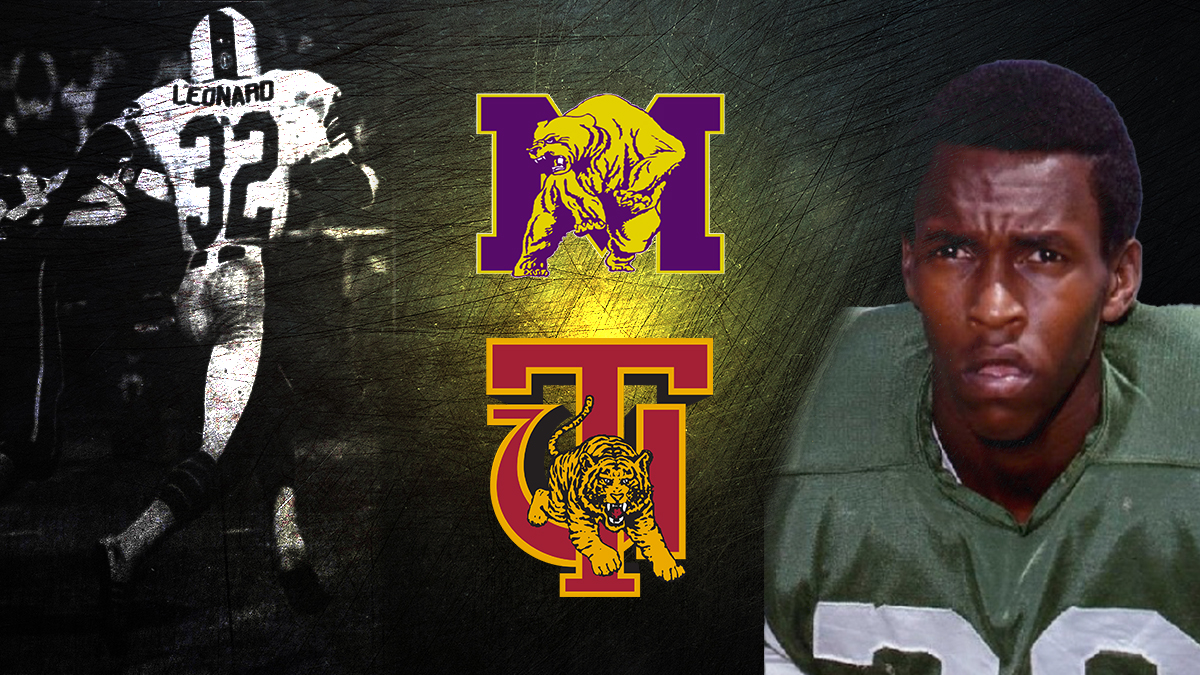 There are few things that Miles and Tuskegee can agree on. Cecil Leonard, a NY Jet, was one of them.

Cecil Leonard, an Alabama HBCU legend and NFL player, has passed away.

A native of Sylacauga, Ala., Cecil Leonard was a standout at East Highland High. He played collegiately at Tuskegee and was drafted in the eighth round of the 1969 National Football League draft by the New York Jets. A defensive back, he would play two seasons with the Jets before finishing his playing career with the Birmingham Americans of the World Football League in 1974.

Leonard spent seven seasons leading Miles. He won 27 games from 1994-2000, beginning the renaissance of the Miles football program. Prior to his arrival in Fairfield, the Golden Bears had two total wins over the previous five seasons and the nine prior head coaches had produced just one winning season.

Leonard paid immediate dividends, helping break a 22-game losing streak with a 26-24 win over Morehouse in just his second game as Miles went 2-6-1 during his first season. Miles finished the 1996 season 6-4, the most wins by a Golden Bears squad since the 1954 team went 8-0. Leonard also helped break a 10-year skid against rival Tuskegee – his alma mater – in 1995.

Prior to his arrival at Miles, Leonard had put together an outstanding football résumé as an athlete and coach.

Leonard was a high school coach for 20 seasons, winning 61 percent of his games.  He began his coaching career in 1973 at A.H. Parker High in Birmingham. After going 9-10 over two seasons, he took over the program at Hayes High in 1975 and won 26 games over five seasons.

He took two of those teams to the Alabama High School Athletic Association playoffs. He returned to Parker for the 1980 season and guided the Thundering Herd to one of their best seasons ever, finishing 12-2 after losing in the Class 4A state title game. During his final 12 seasons at Parker, Leonard made six trips to the state playoffs and won three of his four career area titles. He concluded his high school coaching career with 128 victories.