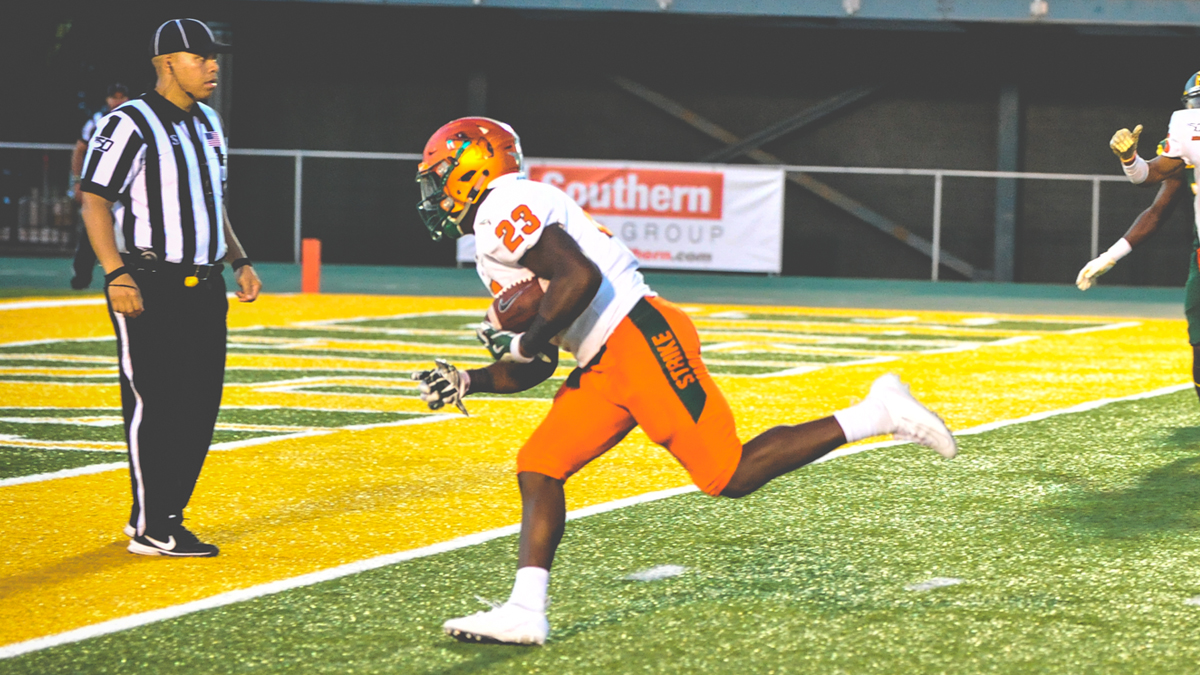 Is FAMU planning on playing football this fall

Is FAMU really plotting to play football despite the MEAC’s insistence that it plans to play this spring?

Is FAMU the next MEAC program trying to find a way to play college football this fall?

WCTV in Florida is reporting that FAMU has requested a waiver from the NCAA to play this fall. According to the report, the requested waiver would allow the school to play four football games this fall.

A source tells HBCU Gameday, however, a waiver to the NCAA has not been filed.

One of the potential opponents would be cross-town foe Florida State University if FAMU actually applies for and is granted a waiver.

“We have put out feelers to the seven schools in the state system who play football,” Simmons said. “Just to see what their interest would be if we ended up being able to play football this fall being that our conference has suspended the fall season. Our athletic director is vetting all possible opportunities at this point.”

The MEAC, of course, canceled all fall sports last month. North Carolina A&T had discussions with the Big South about possibly playing this fall, but conference obligations prevented it. MEAC Commissioner Dr. Dennis Thomas told HBCU Gameday that the conference does plan to play in spring 2020.

“I think that we have a consensus on that. But that consensus is based on how the future will look,” Dr. Thomas told HBCU Gameday. “Everyone wanted to have a fall season for cross country, women’s volleyball, and football. But the pandemic played a role in the fall, as with each institution in terms of how it’s going to have an academic fall.”

The school would likely need a waiver from the MEAC as well as the NCAA. FAMU will leave the MEAC on June 30, 2021 and join the SWAC the following day along with rival Bethune-Cookman.

Is FAMU planning on playing football this fall