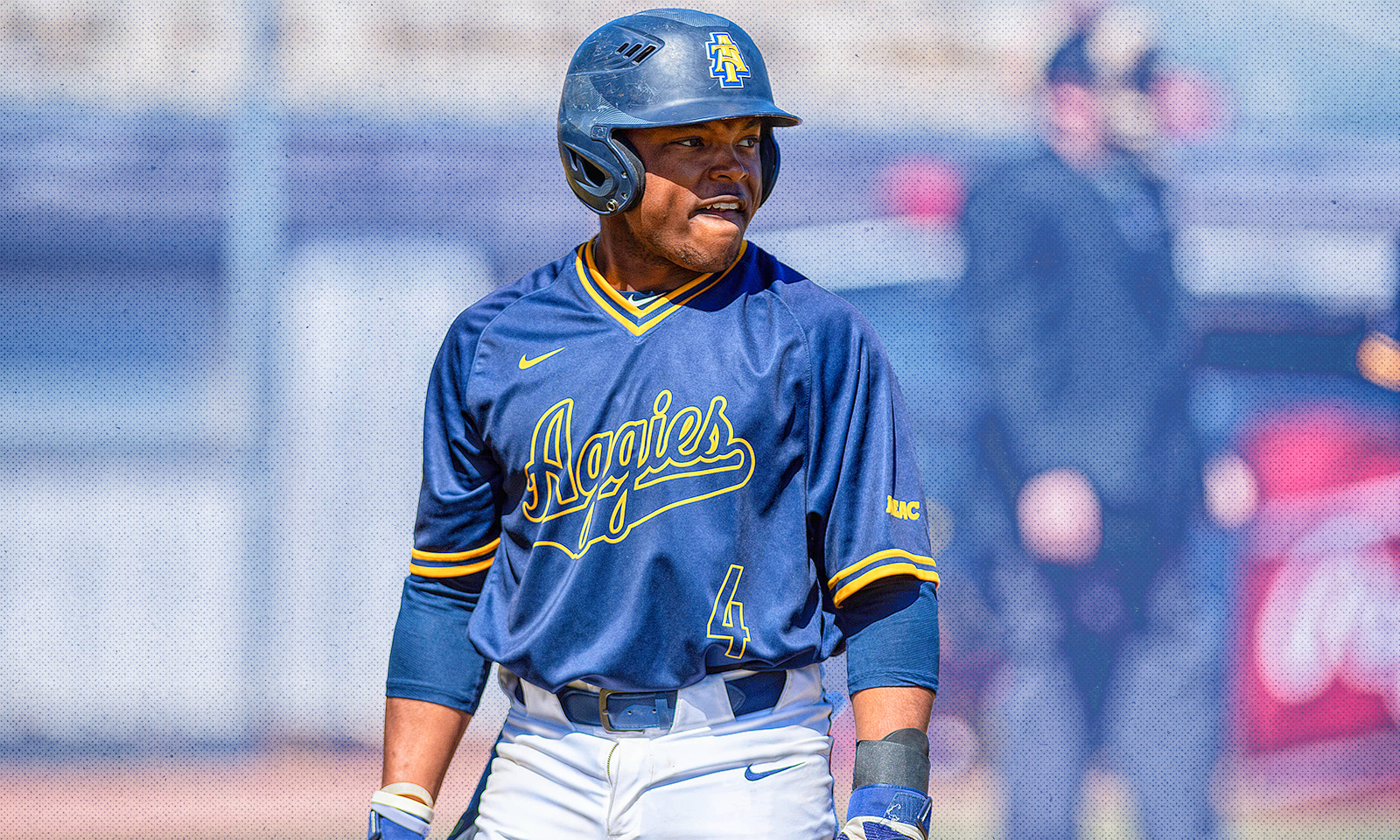 “Really excited and thankful for the work our staff has put in on this class,” said head coach Ben Hall. “Jamie Serber, Stefan Jordan and Marquis Riley deserve a lot of credit for their hard work. We work as a team in recruiting and it shows in this class. This group brings a lot of talent to AggieLand, but most importantly is made up of high character young men and families.”

Brantley was a three-time All-State and four-time all-conference athlete. He was the fourth-ranked outfielder and No. 20 overall in North Carolina by Perfect Game. Brantley was a member of the 2017 Region 6 in the Powerade State Games and in 2018 was named first-team Rawlings Perfect Game Pre-Season All-American for the Atlantic Region. Brantley attended the University of North Carolina out of high school before transferring to Florida Southwestern State College where he led the team in doubles and was second in home runs and walks.

Bussey was the No. 2 ranked outfielder in the state and No. 23 ranked outfielder nationally according to Perfect Game. Along with Brantley, he was also named first-team 2018 Rawlings Perfect Game Pre-Season All-American for the Atlantic Region. Bussey attended the University of South Carolina out of high school before transferring to Pensacola State College (PSC). In two years at PSC, he hit .346 with five doubles, one triple and three home runs. In 2020, he led the nation in stolen bases going 22-for-22 in stolen bases.

“Brantley and Bussey both bring in some immediate offensive help and possess high-level bat-to-ball skills and much-needed thump,” said Hall. “Both were highly rated coming out of high school and just need opportunities to play. We’re excited to see them flourish here at A&T.”

Carter is an all-conference right-hand pitcher out of SECC where he was second on the team in strikeouts.

Fields is an accolade-ridden southpaw. He was a two-time MVP, 2017 Sun Herald Player of the Year, honorable mention 2017 Rawlings Perfect Game Pre-Season All-American for the Florida region and 2016 first-team HT Preps nominee. He attended Florida Gulf Coast out of high school before transferring to South Florida State College where he led the team in strikeouts as a freshman and was named a 2019 NJCAA Academic All-American.

“We hit on a couple of immediate need areas with our group of transfers coming in,” said Hall. “Both arms bring in high-level stuff and we’re really excited to see their impact in 2022.”

Tilley was the No. 9 ranked third baseman by Perfect Game and a two-time all-conference player. He was also the recipient of the Billy Potter Priority Memorial Award for leadership and character. Tilley hit .342 in 2020 at Catawba Valley and made the Director’s List, twice.

“I think this is the most complete group of high school talent we have hit on since we’ve been here,” said Hall. “It is spread across the whole field and all of which bring valuable assets to the program. They all have the ability to play early in some capacity, and I would not be surprised if a couple of them make big impacts early in their careers.”

Ash was a 2020 honorable mention Rawlings Perfect Game Pre-Season All-American for the Atlantic Region and a two-sport athlete playing both baseball and basketball. He was named to the all-tournament team four times by Perfect Game and was invited to the Hank Aaron Invitational hosted by MLB and USA Baseball. Ash was also the recipient of the 2019 Coach’s Award.

Brewington was also a two-sport athlete playing baseball and basketball and an honorable mention 2020 Rawlings Perfect Game Pre-Season All-American for the Atlantic Region. The No. 33-ranked pitcher in the state, Brewington was a 2019 runner-up and was elected to the all-tournament team three times by Perfect Game.

Dalton was a three-sport athlete playing baseball, basketball and football. He was the 11th-ranked outfielder and No. 94 overall in the state by Prep Baseball Report. In 2019 and 2020, he was also an honorable mention Rawlings Perfect Game Pre-Season All-American for the Atlantic Region. Dalton was also a Top-1000 ranked player by Perfect Game as well as being elected to the all-tournament team three times and the Top Prospect List four times.

Martinez was the No. 6 ranked first baseman in the state by Perfect Game. The No. 114 overall player was also an honorable mention 2020 Rawlings Perfect Game Pre-Season All-American for the Atlantic Region.

“Every year we are working to recruit top-down,” said Hall. “We want to bring in top of roster ability players to increase inner team competition and continue to push the idea of what A&T baseball is capable of. We don’t just want to get to regionals, we want to be the first HBCU in Omaha.”