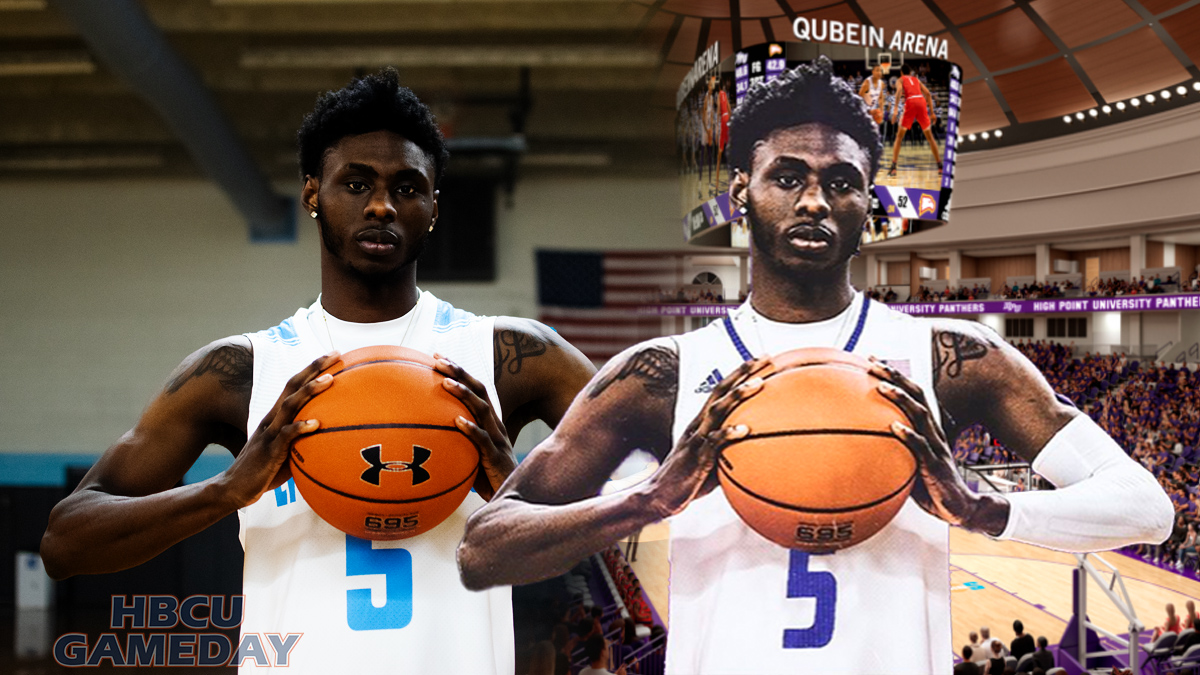 High flying wing Lydell Elmore is moving from D2 to D1 as he leaves Livingstone College for High Point University.

Lydell Elmore started his career at D2 HBCU, but he’ll finish at a D1 PWI.

The former Livingstone College big man announced on Wednesday that he will be taking his talents to High Point University.

“Hate it or love it…,” Elmore wrote on Instagram, “I’ma be me and continue to elevate.”

Both Elmore and his twin brother, Nevar, announced they would be transferring following the 2020 season.  The 6’9 wing from Branchville, SC spent the past three seasons in Salisbury, assaulting CIAA rims from Bowie to Orangeburg.

Lydell Elmore was named All-CIAA following his sophomore and junior campaigns. He averaged 15.8 points per game while shooting 54.4 percent from the field. He also led the team in rebounding with 7.8 per contest.

Now he will be taking his talents up I-85 to the Big South. He’ll be playing under legendary head coach Tubby Smith in a Division I league that currently features a former CIAA school in Hampton University. He’ll also get a chance to shine in HPU’s brand new Qubein Arena, a state-of-the-art facility that seats 4,500 visitors.