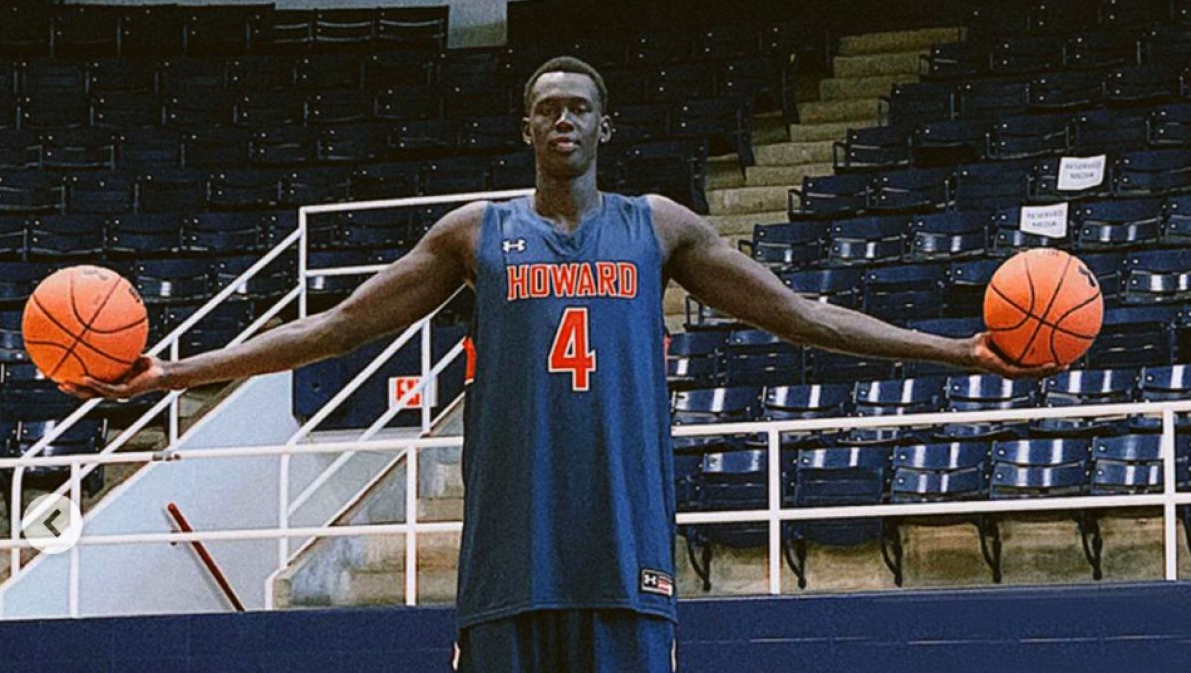 Makur Maker talks about his decision to attend Howard

Maker say his goal is to win a championship at Howard.

Makur Maker made headlines last week when he announced that he would attend Howard University to play basketball. In the process, he shunned powerhouse programs like Kentucky, UCLA, and Memphis. On Thursday Maker made his rounds on the ESPN platform to discuss the reasoning behind his decision and what he hopes to accomplish at Howard.

Speaking to the crew on “First Take” the 6’11” five-star recruit made it clear what his intentions are when he arrives at Howard University.

“I want to bring a championship to Howard University, that’s my top goal,” he said.

If a championship is going to happen at Howard, it will have to happen quickly. When pressed on how long he planned to be in D.C., he couldn’t see beyond one season.

“I know that I’m a NBA lottery talent. If I’m good in a year then I’m definitely out.”

“He’s built to win. He knows how to build a program. Being around the players they want to win. We get a chance to play against Notre Dame on Martin Luther King Day. I”m excited about that.”

His decision to attend Howard was largely impacted by the recent illumination of social injustices across our country.

“That’s probably the knock on the nose that made me do this. Because we’ve got to lead. Everybody’s got to take a stand and do something. If I’m doing this, it’s going to bring awareness to the choices that we have to make. As time goes on, we have to make choices that are responsible and to better our community. With everything that’s going on in our country today, that definitely had a big impact on it,” Maker told Pablo Torre on ESPN Daily.

In an interview with The Undefeated, Maker says once he started researching Howard University his eyes were really opened.

“At first, I didn’t pay it much mind because I was focused on my high school season. But when the season was over, I started to do a little research and got a chance to learn a bit about Howard’s history.

A trip to the campus during Homecoming was enough to seal the deal.

“The more I got closer to that October trip to Howard, the more I kept hearing I was about to have the time of my life. Somebody told me that there was no homecoming like a Howard homecoming. I understood what they were saying once I got on campus.

I’ve visited a lot of schools unofficially since I was a freshman in high school, but that weekend was the first time in my life I had ever been on the campus of an HBCU. One of the first things that went through my mind as I walked around was, ‘this feels like family.’ Black people like me for as far as you could see. Black people — students and alumni — all doing great things. Highly motivated people, successful people, and I tried to talk to as many of them as I could because I wanted to pick everybody’s brain.”

Makur Maker legitimately seems to realize the impact of his decision while also being in awe that it took this long.

“It’s crazy to know that in 40 years a five star recruit hasn’t gone to an HBCU. It’s something for the top recruits to consider seriously.”

Makur Maker talks about his decision to attend Howard