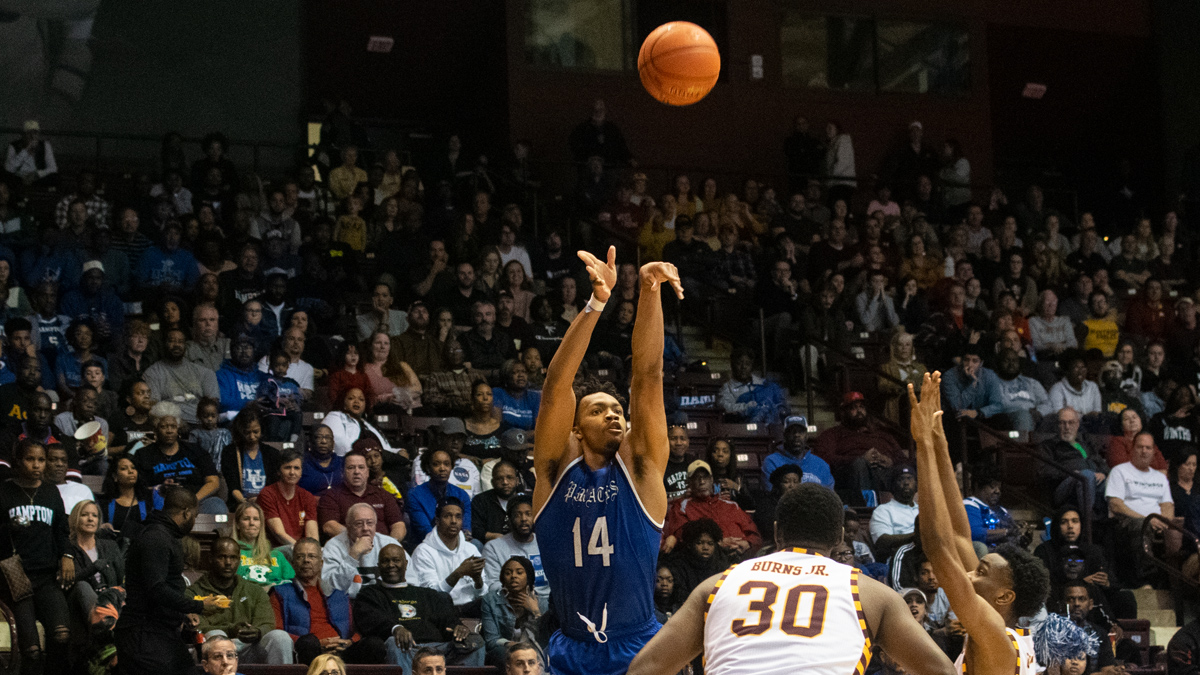 Hampton’s Ben Stanley was one of the top scorers in D1 basketball last season.

The transfer portal has just taken arguably the most talented returning basketball player in HBCU hoops. Hampton University’s Ben Stanley is hitting the transfer portal, according to Jeff Goodman. Stanley was a first-team All-Big South performer as a redshirt sophomore last season.

The 6’6, 225 pound forward from Baltimore exploded on to the scene in the 2019-2020 season. Stanley averaged 22 points, 7.2 rebounds and 1.5 blocks per game for Hampton. Helping lead the Pirates to the Big South Championship Game before falling to Winthrop. His progress was a major storyline for Hampton as he averaged 4.4 points and 3 rebounds per game in limited minutes during the 2018-19 season.

He will be highly sought after by programs looking for a wing who can get it done on the boards, as he had eight games of double-figures in rebounding,

The loss of Stanley means that Hampton will have to replace nearly 50 points per game when you account for the loss of Jermaine Marrow, the program’s all-time leading scorer. Hampton did pick up 7-footer Dajor Dickens as a transfer from Old Dominion, but he’s only averaged about three points and three rebounds per game so far.

Hampton also picked up Dickens’ former teammate, Marquise Godwin, who averaged just under eight points last season. Obviously, Hampton will look much different the next time it steps out. on the court with no Marrow or Ben Stanley.