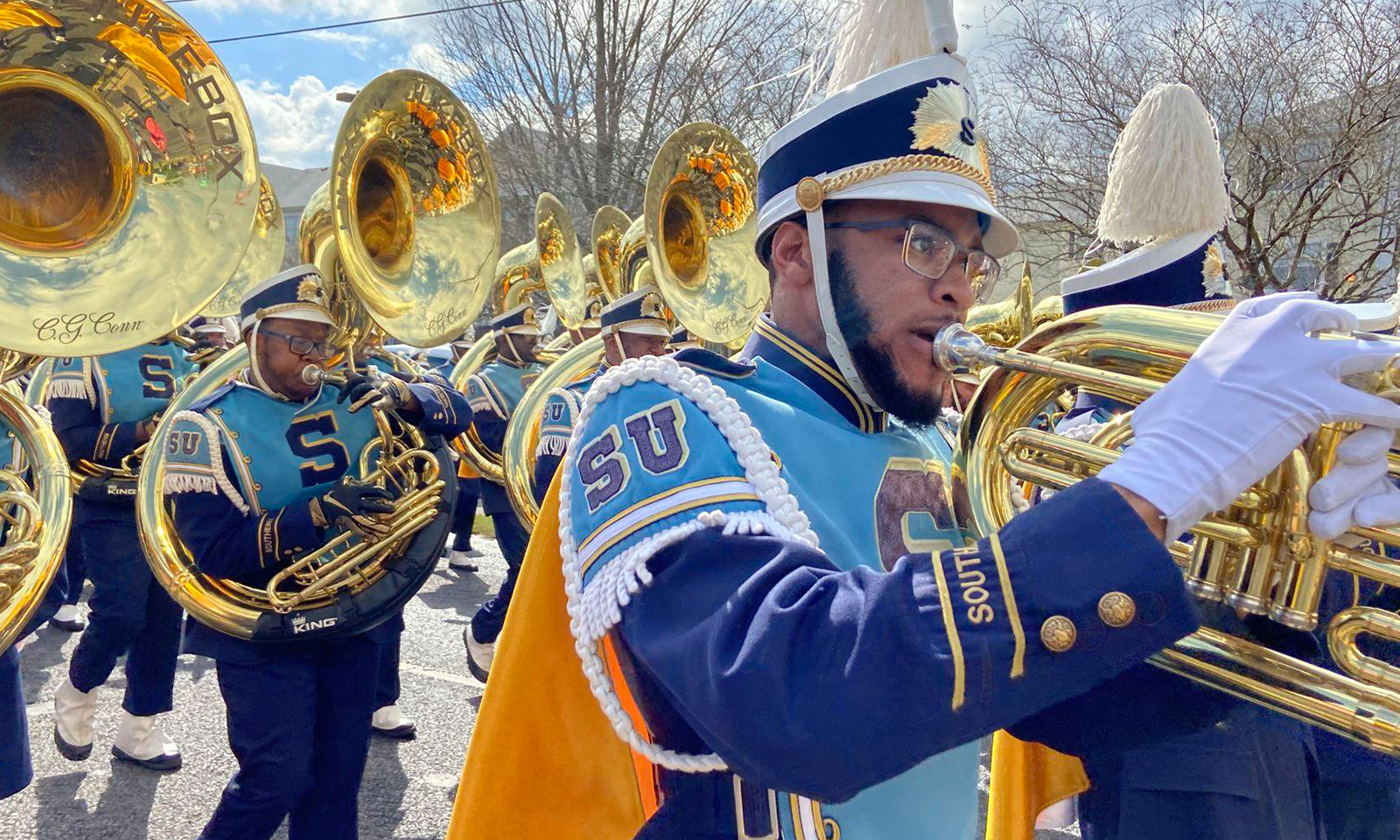 SU is Among Other Schools that are Boycotting the Parade after what some consider a racially insensitive remark.

Southern University’s Marching Band, “The Human Jukebox” will no longer be leading the way for the Mystic Krewe of Nyx.

The Mystic Krewe of Nyx is an all-female Carnival Krewe organization, based in New Orleans which has been hosting the largest Mardi Gras parade since 2012.

The announcement of SU’s resignation of the annual festivities follows a post made from Nyx’s social media pages. Captain Julie Lea declared that ‘All Lives Matter’ which did not sit well with the popular marching band.

In a letter signed by SU’s Director of Bands, Kendrick Taylor, the band addressed the situation.

“For several years, the Human Jukebox, which includes our Fabulous Dancing Dolls, has led the way for the Mystic Krewe of Nyx in New Orleans. That practice has now come to an end,” the letter reads. “We will not participate in an organization whose leader proclaimed ‘All Lives Matter’ during a time of global unrest in response to the fatalities of Black Americans at the hands of law enforcement as well as those who carry out hate crimes.”

The “All Lives Matter” post caused more than just the resignation of the Human Jukebox.

Many other organizations and schools in the New Orleans area will be boycotting the parade. Several Nyx lieutenants and krewe members have since left the organization and 27 of the members called for her resignation.

The Nyx Captain has since apologized for the post but it’s a ‘too little, too late’ situation for Southern University. The Human Jukebox, will still be participating with other krews and organizations who they feel “recognize our students and universities mission”, but not with The Mystic Krewe of Nyx .

Taylor went on to thank the members of Nyx for their support, many of whom are Southern University alumnae.