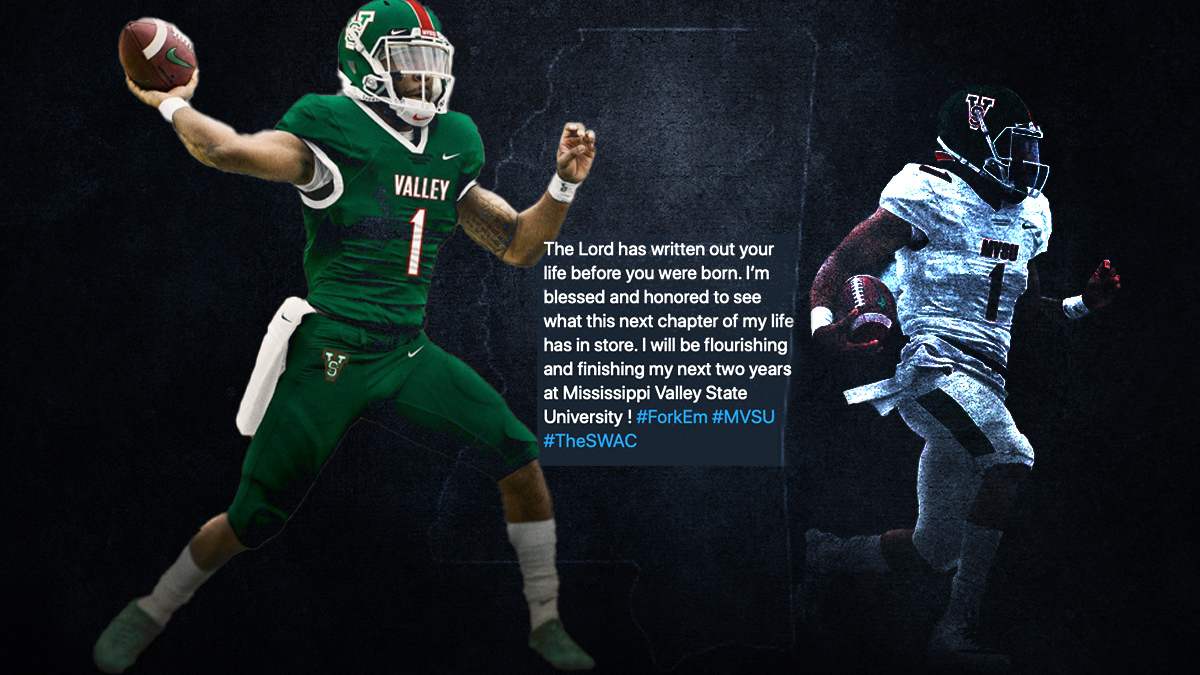 Mississippi Valley lands a talented dual-threat quarterback as it looks to find its offensive swagger when play resumes.

There’s been a lot of talk about the New SWAC, but one of the league’s old guns just got a new toy.

The dual-threat quarterback has accounted for over 1,800 total yards of offense in 20 career games, six of them starts. Eason will have two years remaining after redshirting in 2019 with an ankle injury.

“I got in the huddle and told the guys, ‘I’m going to break this for a touchdown,'” Eason told Pamplin Media Group. “I broke a tackle and went from there. Yeah, I kind of called it.”

Valley needs all the help it can get on offense, particularly at quarterback. It finished dead last in the SWAC with 16.18 points per game and just 11 passing touchdowns on the season.