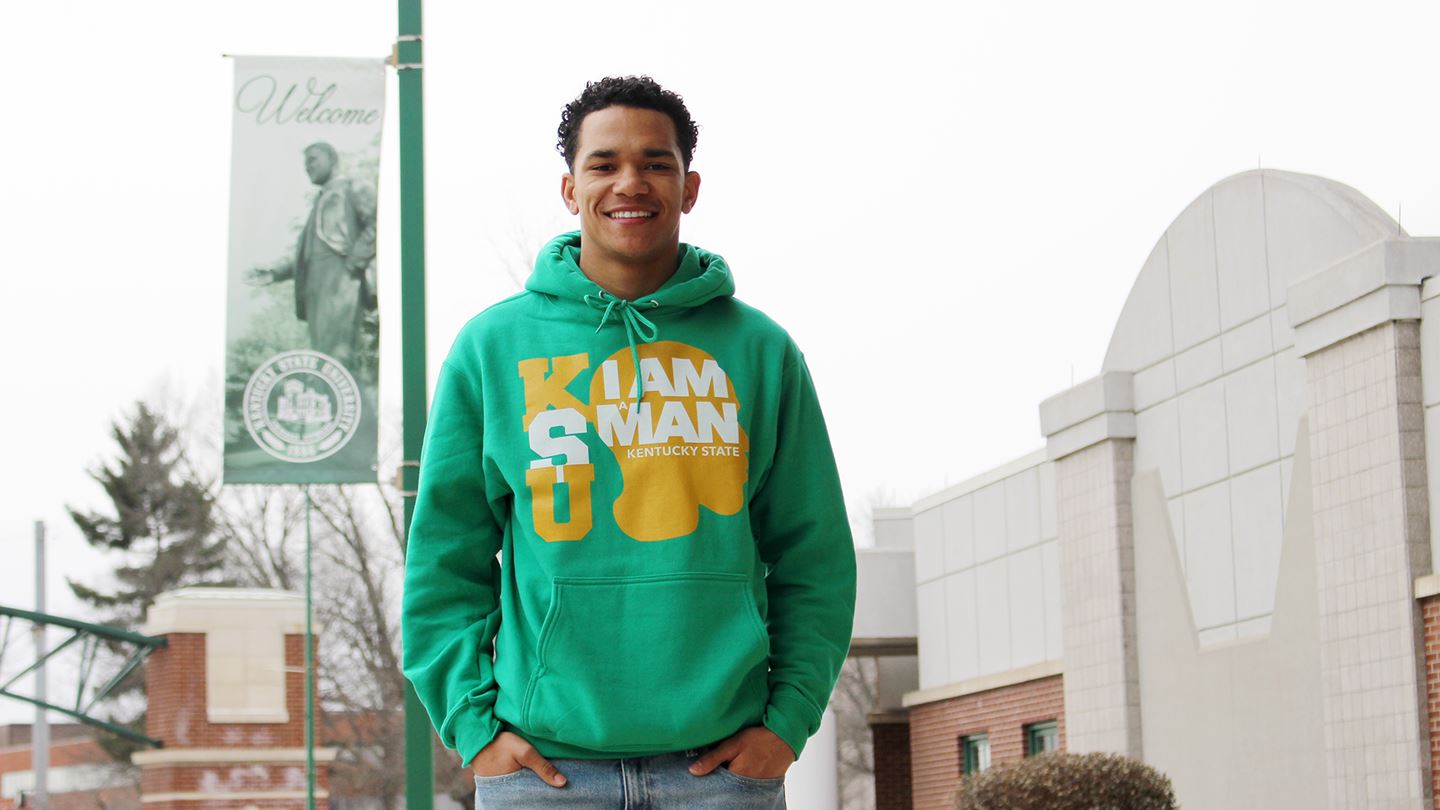 “Winning this award puts me up there with names like four-time Olympian Chaunte Lowe, which shows the significance behind this award.”

The only collegiate student-athlete recipient, Galloway will be officially honored as a 2020 National STUDENT-Athlete Day Giants Steps Honoree as a Civic Leader during the organization’s gala. Due to the pandemic, the gala date hasn’t been announced.

“I’m honestly honored to accept this award because I was selected from student-athletes worldwide,” said Galloway. “Out of all the nominees, I was the best candidate for this award. It also means a lot to me due to my determination to make others situation better through my own experiences.

“Winning this award puts me up there with names like four-time Olympian Chaunte Lowe, which shows the significance behind this award,” Galloway continued. “I’m always downplaying my life’s successes, but this is one that I am VERY PROUD to accept and honored to be mentioned as a Civic Leader.”

He was nominated for the award by his coach, Fatimah Shabazz.

“I found out about the Institute for Sports & Social Justice and immediately thought of Cameron as I read the Mission, Vision and Core Values,” said Shabazz. “Cameron exemplifies the holistic student-athlete in every phase of his life and has acquired and maintained leadership roles in each respective area.

“Cameron has overcome many endeavors over the last 20 years where he could have easily fallen victim to circumstance,” Shabazz continued. “Instead he has risen as a change agent for the Foster Care System, a leader of the Kentucky State University cross country and track & field teams, and most importantly a mentor for the community of children around him. I am excited that ISSJ chose Cameron for this award and I know that he will continue to represent Kentucky State University at the highest levels of leadership.”

Last year, Galloway had the opportunity to speak in front of the House of Representatives and the Senate Committee about House Bill 158. For Galloway, who spent time in five foster homes during his four years of high school, one aspect of the bill really hit home.

One of those bill of rights, according to Galloway, would allow the child to stay in one school district and enable them to choose whether they participate in extracurricular activities.

“It’s very important to use my platform for social change,” said Galloway. “People never realize how important their voice is so I want to be the example of how one should use their voice. With everything I’m involved in, they all know I’m the first one to speak up and say how I feel. It’s really an honor to get acknowledged for speaking and advocating on topics that correlate with my life and my passion.”

In addition to being a three-sport student-athlete, Galloway is a cadet in the Kentucky State University ROTC program. Following his graduation in May 2021, he will be commissioned as a second lieutenant in the United States Army.

The pull on his time isn’t affecting his work in the classroom. The social work major currently holds a 3.78 grade point average. Following the 2019-20 season, in which he earned SIAC All-Conference honors in cross country, Galloway was named to the SIAC Commissioner’s All-Academic Team.