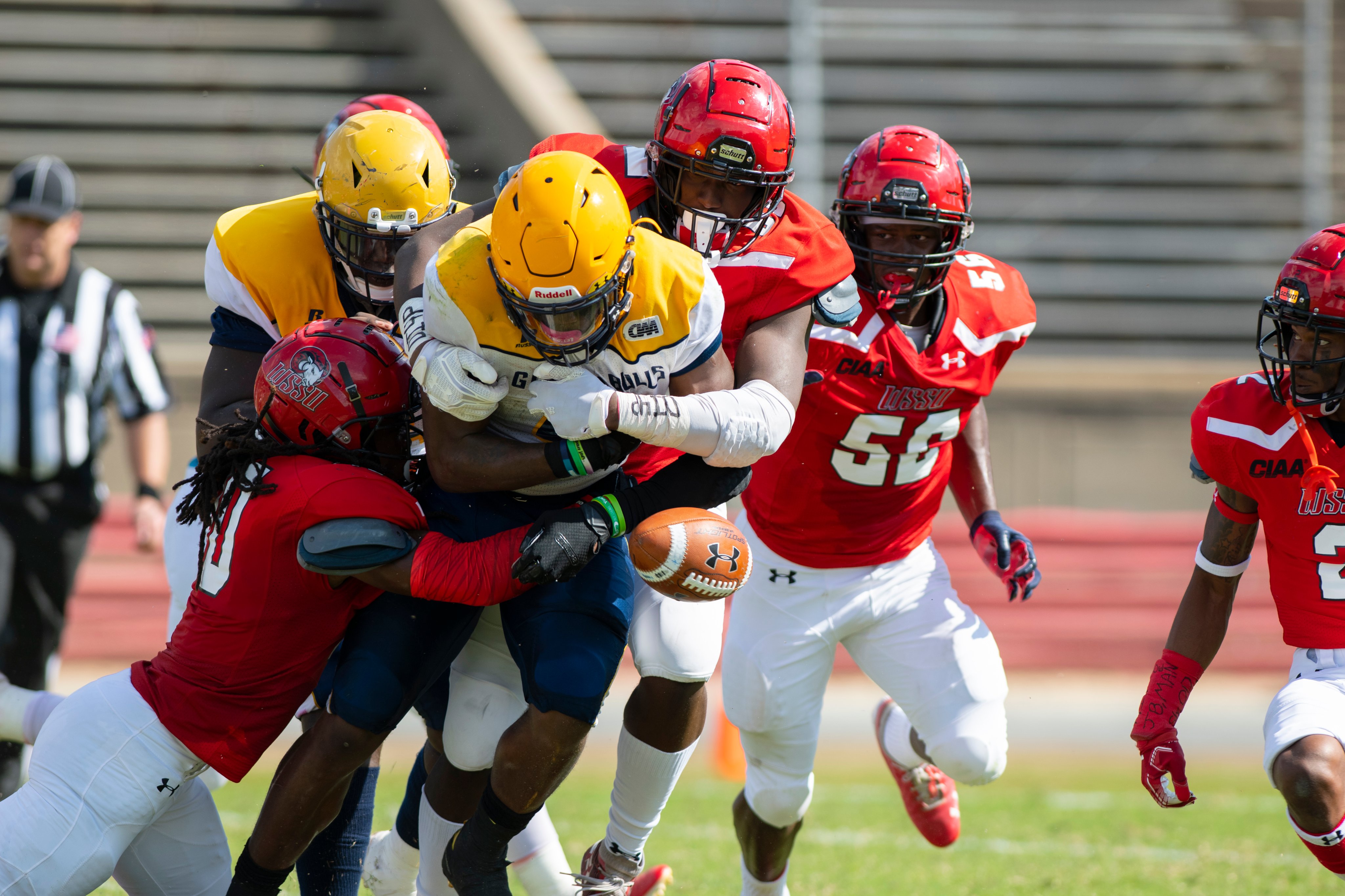 Winston-Salem State football is already down one game for 2020.

PEMBROKE, NC – The Winston-Salem State University Rams football fans will have to wait one more week before the start of the 2020 football season as the team’s season opener against the UNC Pembroke Braves has been eliminated.

“We appreciate Dick Christy, UNC Pembroke Athletics Director, for staying in constant communication during this decision making process,” Winston-Salem State University Director of Athletics Etienne Thomas said, Monday evening. “Although the Rams and the Braves will not meet on the gridiron this year, we will be actively seeking a date in the future to renew this partnership.”

The decision to cancel the game was made in accordance with the Mountain East Conference’s (MEC) Return to Competition Plan. The plan includes the elimination of non-conference play for MEC teams due  to the one-year NCAA mandated reduction of maximum contests in all Division II sports which, for the MEC, includes the elimination of non-conference play for football, men’s and women’s soccer, volleyball, and men’s and women’s basketball, based on their membership of football playing institutions and conference schedule. UNC Pembroke joined the Mountain East Conference as an associate member in football, swimming & diving, men’s and women’s indoor track & field, and wrestling in August of 2018.

With the cancellation of the game, the Rams and the Braves will end a decade long rivalry that has been an exciting one for both teams. The two teams have met on the gridiron every season since 2010, the Rams’ first season back in NCAA Division II. The Rams and the Braves have met in their season opener every season since 2012.  Currently, the Rams hold a 6-4 lead in the series, but will miss their chance to avenge a 21-27 road loss in last season’s opener.