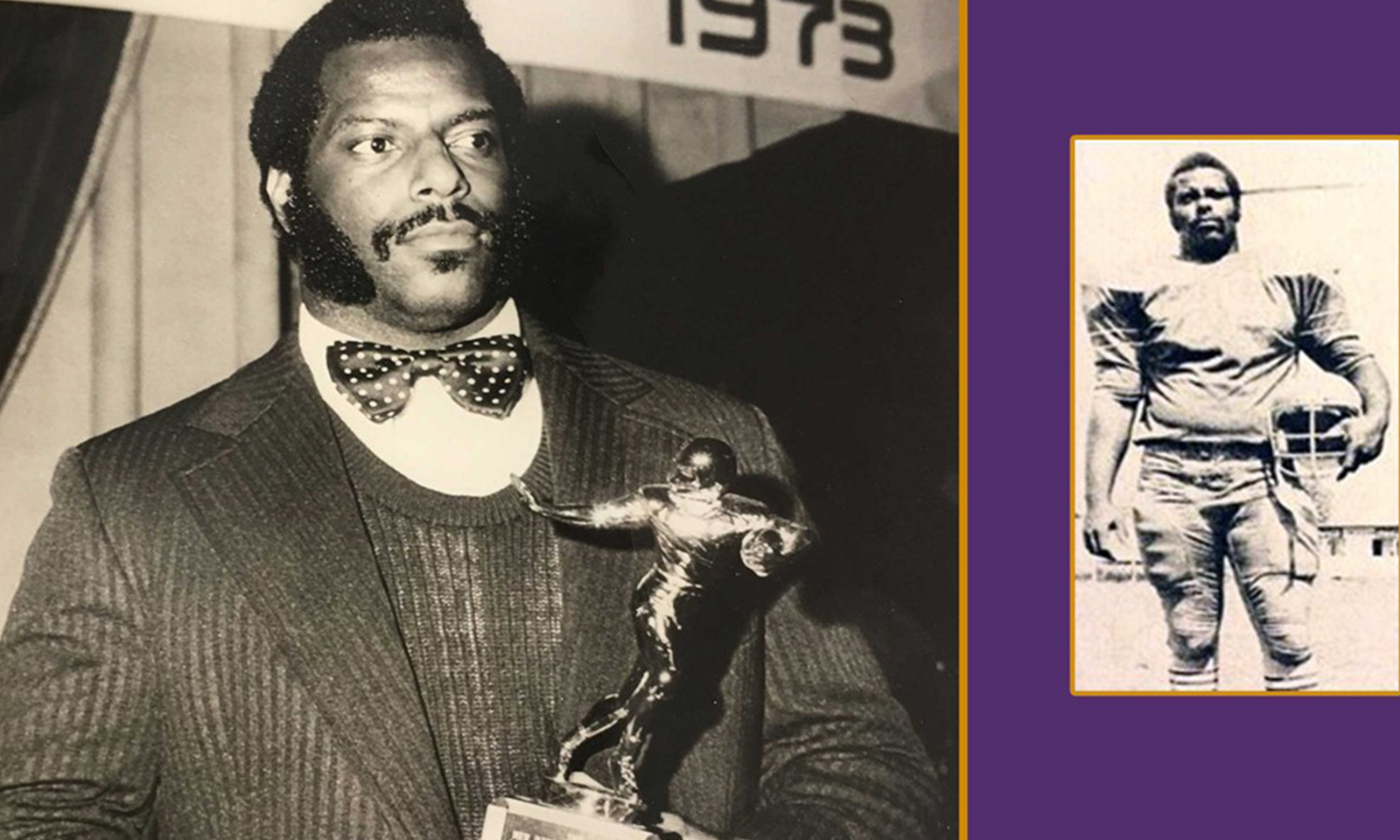 The MEAC commissioner could be entering another Hall of Fame

LORMAN, Miss. – Alcorn State University graduate Dennis Thomas from the football program was included on the 2021 ballot for induction into the College Football Hall of Fame, announced Tuesday by the National Football Foundation (NFF).

The ballot was sent to more than 12,000 NFF members and current Hall of Famers whose votes will be tabulated and submitted to the NFF’s Honors Courts, which will deliberate and select the class.

Thomas was a two-time Pittsburgh Courier All-America First-Team selection in 1972 and 1973, and a Mutual Black Network All-American in 1974. He was the first and only offensive lineman in SWAC history to earn SWAC Offensive MVP honors.

After his playing career, Thomas won three more SWAC Championships as an assistant coach in 1976, 1979, and 1984 under Marino Casem.

Thomas is the current commissioner of the MEAC.

The announcement of the 2021 CFHOF class will be made in early 2021, with specific details to be announced in the future. The 2021 CFHOF class will be officially inducted during the 64th NFF Annual Awards Dinner on Dec. 7, 2021, at the New York Hilton Midtown. They will also be honored at their respective schools with an NFF Hall of Fame On-Campus Salute, presented by Fidelity Investments, during the 2021 season.