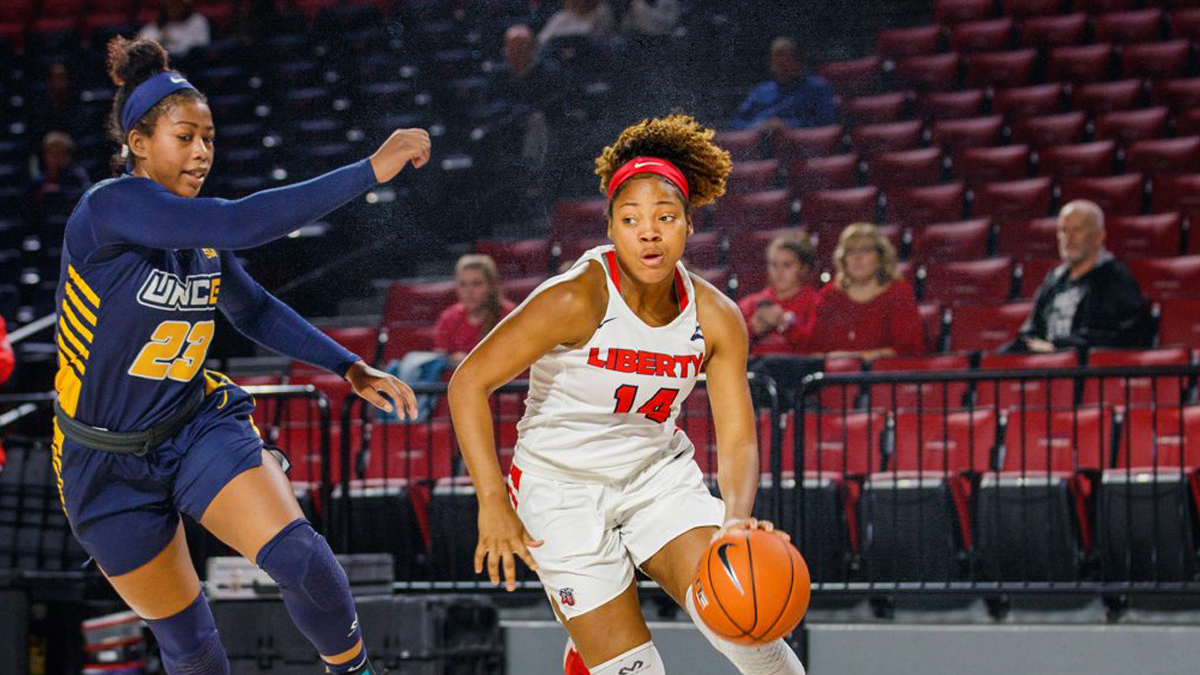 The racist actions of Liberty University’s leadership have this talented lady hooper looking for a new home. Come on home, sis.

There has been a lot of talk lately about top level black athletes coming to HBCUs. While most of that talk has centered on young men, particularly those in basketball, there are some talented young women who happen to be student-athletes that should be targeted as well.

Liberty’s Asia Todd announced via Twitter that she will be putting her name in the transfer portal. She said her move was motivated by factors beyond the basketball court.

“Due to the racial insensitivities shown within the leadership and culture it simply does not align with my moral compass or personal convictions, therefore I did what I felt was best within my heart and stand up for what is right.”

The Clayton, NC native averaged 8.6 points per game as a freshman and shot 41.3 percent from the 3-point line at the Division I level.

If Todd decides to come to an HBCU, she’ll have lots of choices. Both North Carolina Central and North Carolina A&T are available if she wants to stay in Division I. There are seven CIAA teams in North Carolina, and moving to Division II would mean she’d be able to play right away instead of sitting out a year.

Obviously Ms. Todd has options. But kudos to her for recognizing that she has a choice and Liberty just isn’t where its at.