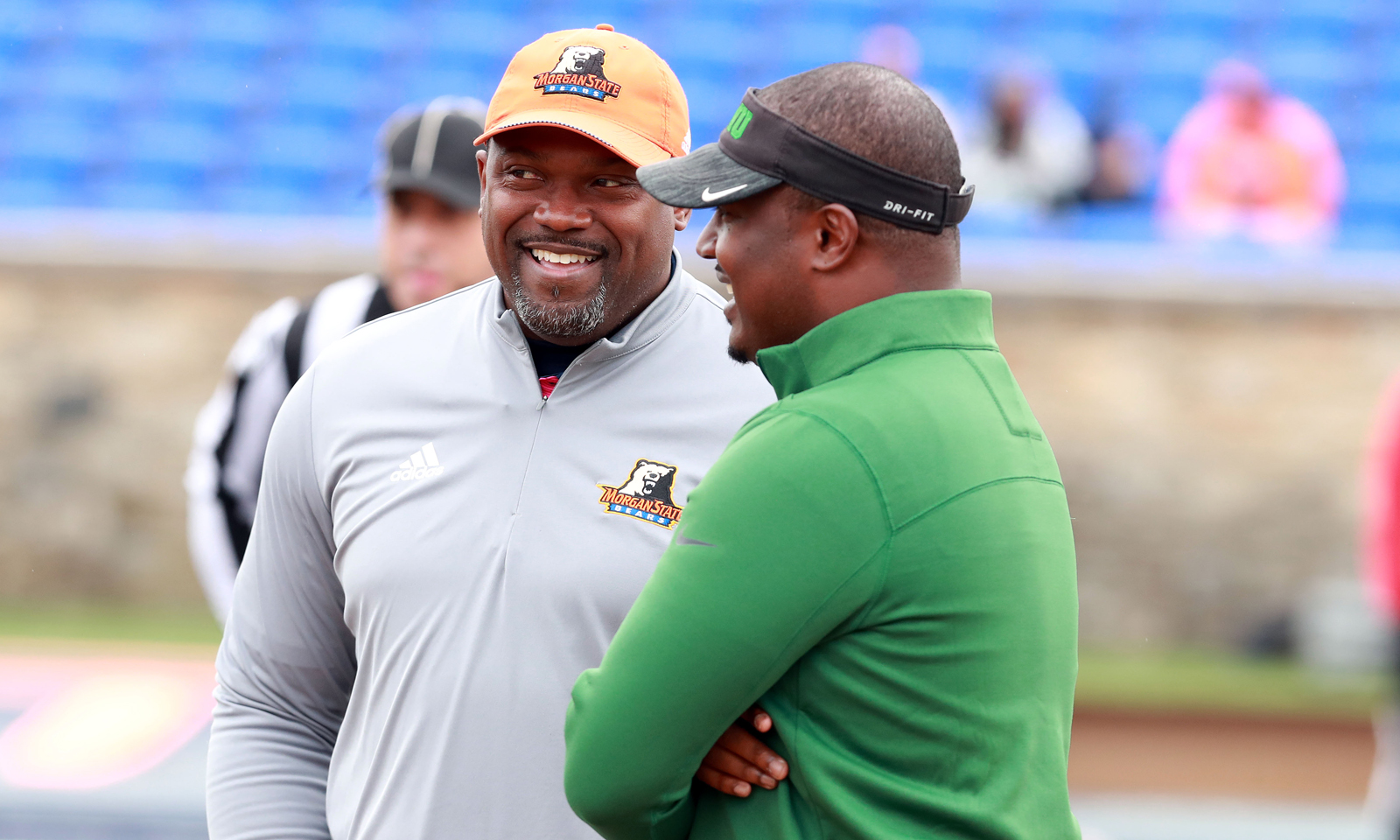 FAMU staying put in the MEAC — for now

The rumor mill, once again has FAMU halfway in the SWAC. We went straight to the source .

Free time has led to speculation about everything.  The latest in widely-spreading rumors is that Florida A&M is positioning itself to join the SWAC.

For years this notion has been brought to the table by loyal Rattler fans.  Citing the extensive travel required to fulfill a MEAC schedule and the fact that more of FAMU’s historic regional rivals are in the SWAC.

We took the question directly to the source of definitive information — FAMU  Vice President and Director of Athletics Kortne Gosha.

“As the Athletics Director, it’s my job to ensure FAMU Athletics is in the best position to ensure the success of our student-athletes. We have great relationships with our HBCU peers in the SWAC through non-conference competition, but we are proud members of the MEAC and totally focused on competing in the MEAC in 2020, ” Gosha said.

He ended the answer with that unambiguous response.

To find the core of this question, one must go back decades.  In the “Golden Era” of HBCU football, matchups between Florida A&M, Grambling, Southern & Tennessee State annually marked the black college national champion.  Those games were played with future college football and pro football hall of famers.  Ed “Too Tall” Jones (Tennessee State), Mel Blount (Southern), Willie Davis (Grambling) and Bob Hayes (FAMU) all played during this era and went on to stellar NFL careers, and ultimately enshrinement in Canton, Ohio.

The very mention of the names of the coaches during that era exude greatness.  Eddie Robinson, Jake Gaither, Ace Mumford, and John Merritt are names that will forever be associated with prodigiousness.  I would argue that during this “golden era,” they’ve  sent more players to the NFL than Nick Saban, Dabo Swinney and Ed Oregeron combined.

The NFL’s tribute to Pro Football Hall of Famers who attended HBCUs in 2017 is a testament to the aforementioned “Golden Era.”

As far as traditional rivalries go, the SIAC would actually be an analogous conference with natural and traditional rivals.  Tuskegee, Albany State and Fort Valley State are etched in the FAMU record books as opponents for decades of the most highly-competitive years.  FAMU was a member of the SIAC from 1913-1978.

The MEAC is the home for FAMU, as conference alignment must also align with the best interest of the institutions.  FAMU is is an elite academic institution, a crown jewel for the MEAC or any other conference it competes in. It has a prominent national brand among HBCUs and beyond them.

Like most athletic departments revenue generation and long term, sustainability will be the determining factors if conference alignment is really in consideration for the institution.  The operation of an athletics department outside of dated traditions or university profiles is evidenced with the departure of North Carolina A&T and Hampton University from the MEAC after being in HBCU conferences since their CIAA days.

But for the forseeable future, FAMU is all in on the MEAC and looking forward to their 2020 lineup.

FAMU staying put in the MEAC — for now