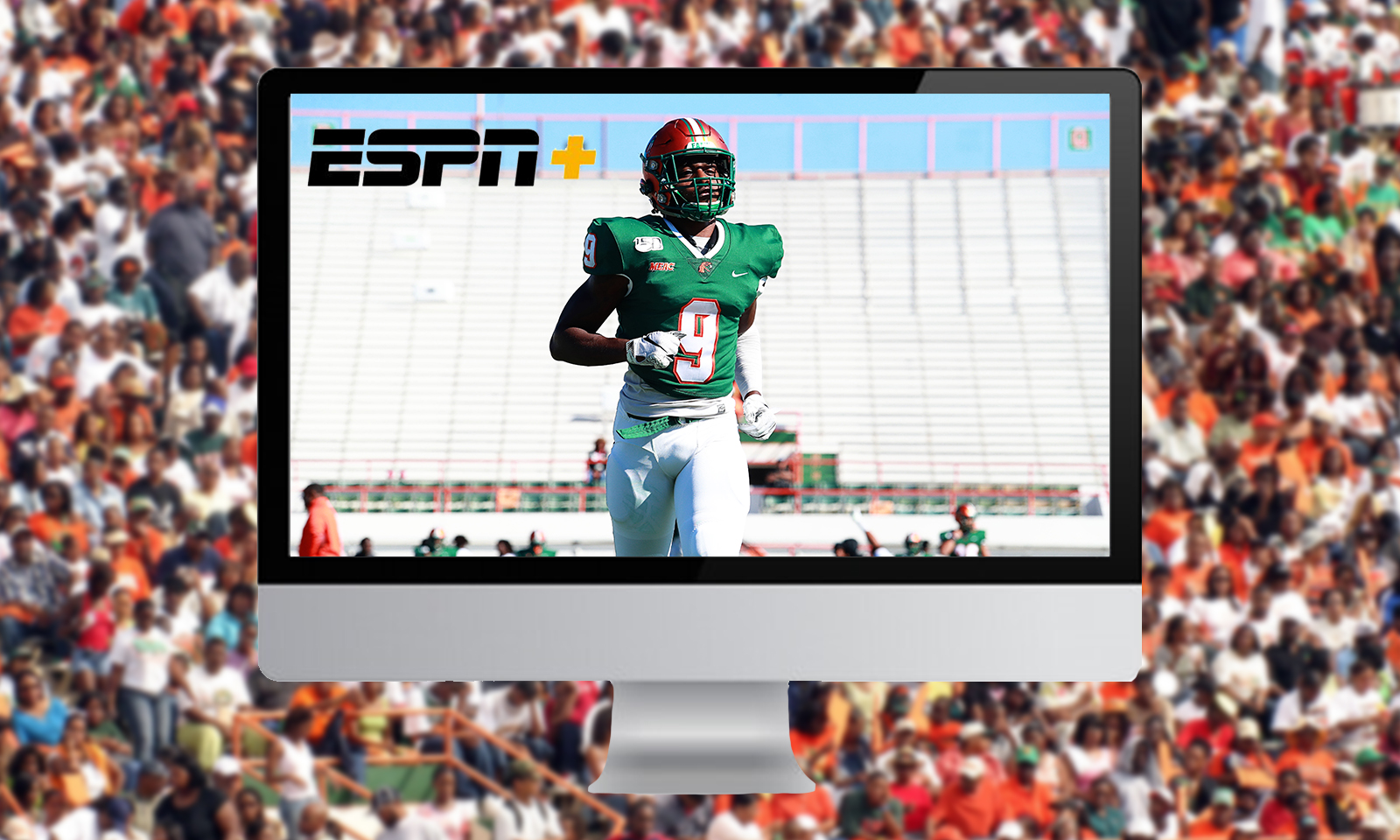 To Stream or not to Stream: Eyes on the Screen vs Butts in the Seats

The ESPN streaming deals may seem great in theory, but is it worth it at the cost of attendance?

By 2017, the two Division I HBCU Football conferences had struck deals with ESPN to stream games on the ESPN3 and ESPN+ platforms.  While it seems like a good idea, it may not be so as it is structured.

As an athletics administrator at Florida A&M University (FAMU) we struggled with that question.  After the lack of HBCU players taken in the NFL draft, you wonder if in fact it is really worth it.  The institutions entered into agreement of the deal to get more exposure for its athletes on the national scale, but the sobering realization that the platform did not yield but one draft pick crushes that benefit.

The MEAC and SWAC both entered deals with ESPN to provide international visibility for the institutions and provide visibility of the student-athletes.  With the ability throughout the broadcasts to promote the institutions, that aspect was capitalized on by all institutions.  The later was not.

At Florida A&M, this came at a cost….attendance.  Last season with six home games, fans had an easy decision to make to see the games.  As opposed to battle the Florida heat, bear the travel expense or purchase a ticket to the game, they could watch the games from the comfort of their homes.  With the era of fast internet speeds, smart TVs, smart phones, tablets and easy access to cable packages it just made sense even to local fans of the Rattlers to just tune in at home.

Florida A&M had been gradually climbing the ladder of NCAA attendance even through unsuccessful seasons.  Under head coach Willie Simmons bringing two winning seasons in his first two campaigns, one would think attendance would continue to soar…but it didn’t.  This year saw a decrease in attendance though the Rattlers lost but one FCS game.

As administrators, we struggled with strategies to get folks in the stands consistently.  Annually two games never had an issue with a draw.  The Hall of Fame game, the opening home game of each season was never an issue.  Folks would travel to Tallahassee to see what the newest edition of the Rattlers looked like.  Like every other HBCU, homecoming was never an issue.

FAMU had the benefit of a “classic” home game against longtime rival Southern University on Sept. 21.  It was FAMU’s highest attended home game with over 27,000 in attendance, even eclipsing homecoming.  The draw of not just two great football programs, but  two of the best bands in the Marching “100” and the “Human Jukebox” was just more entertainment that couldn’t be missed as halftime shows are not a part of the ESPN3 or ESPN+ broadcasts.

The Southern vs FAMU football game bears significance in the scenario of the exception to the dissipation of game attendance at the hands of at-home game access through streaming.

While the Southern game was a glowing success, attendance suffered for the remainder of the home schedule though the Rattlers went undefeated at home, including an overtime win against the eventual Celebration Bowl and HBCU national champion North Carolina A&T.  That game was delayed 24 hours due to inclement weather that fortunately did not do as much damage to Tallahassee as it had the potential to as it was in the predicted path of several weather models.

This left three home games in the danger zone.  No amount of marketing, planning or gimmicks could get folks in the stands for the three remaining games.  For the fans, it just made financial sense to watch on ESPN3.  Preliminary reports showed FAMU as the leading institution viewed by streaming services.  An inquiry to local Comcast/Xfinity cable service yielded a number of over 15,000 streams for the Southern game alone.

While the official numbers for the ESPN3 package for 2019 have not been made public, it is clear that FAMU led the conference in minutes viewed.  Years previous it had been one of the leaders in all of FCS in attendance, but now it was leading in streaming views.  This resulted in an unpredicted deficit in attendance which resulted in a shortfall in real dollars.

In the 1980s when Black Entertainment Television (BET) began streaming HBCU football games, it was a novelty.  It grew into a staple.  But, the benefit of that scenario was that BET would have to provide the crew to broadcast the games.  They were on tape delay most of the time, so there was not always a direct impact on attendance.

Recently, a 1988 homecoming game between the Howard Bison and FAMU Rattlers that was broadcast on BET emerged on Youtube.  I was a player for the Rattlers in that game and remember the excitement.  Black College Hall of Fame announcer Charlie Neal was on the call.  We talked this weekend and reminisced about how impactful those broadcasts were and how great it was to see them again.

Because the broadcasts were selected from the best HBCU matchups, a team was not on television every week as they are in this streaming era.  An HBCU athletic department could withstand a homecoming broadcast because it would be packed regardless…much like the Southern game was going to be packed regardless of the ancillaries because of the natural rivalry and the bands.

If a school like FAMU is going to fall out of the Top 20 in attendance, but move up the ladder in streaming views, adjustments in the strategy to monetize the streaming package must be realized or risk the falling into a budget shortfall abyss.

To Stream or not to Stream: Eyes on the Screen vs Butts in the Seats