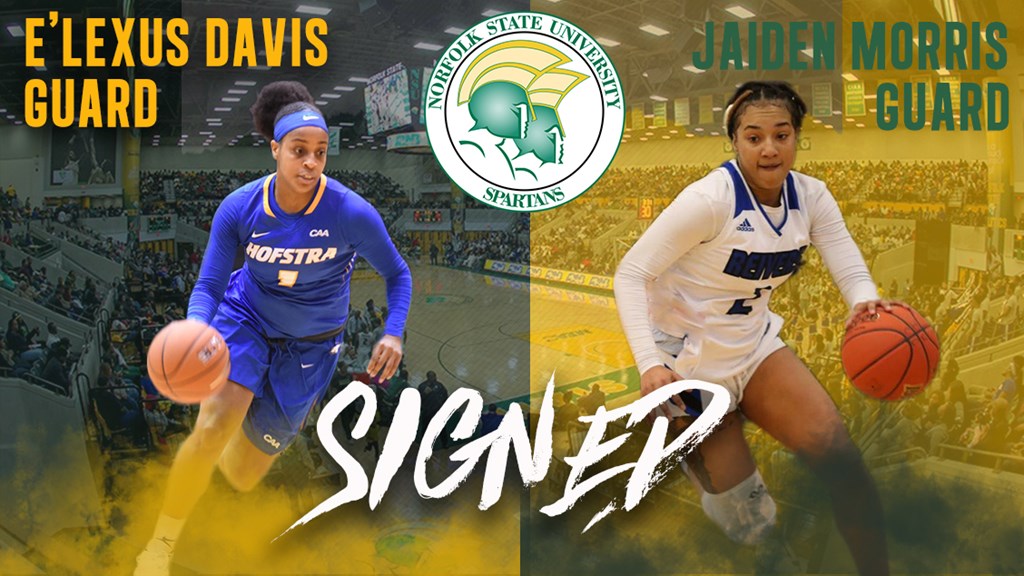 Norfolk State adding some veteran guards to the Spartan fold.

Davis is a 5-7 guard who comes to NSU as a graduate transfer, after spending the first four years of her career at Hofstra. She appeared in 20 total games while making 16 starts before missing the remainder of her junior season (2018-19) due to injury, and subsequently sat out the 2019-20 season. Davis appeared in 75 games over three years on the court at Hofstra, averaging 5.1 points, 2.3 rebounds, 1.8 assists and 1.1 steals per game for the Pride.

The Landover, Md. native played high school basketball for National Christian Academy, and was ranked the 27th best point guard in the country coming out of high school by ESPNW.

“From the first time I watched E’Lexus, I thought she was a perfect fit for us,” Vickers said. “She will instantly bring a wealth of experience and maturity to a team that lost seven seniors. E’Lexus is a dynamic playmaker with a versatile skill set who understands the role of a point guard and embraces it.”

Morris is a 5-8 guard from Richmond, Va. and Monacan High who started her college career at Rider University. She scored in double figures 10 times as a freshman in 2017-18, averaging 6.9 points per game and hitting 32 percent (25-of-77) of her 3-point shots. Her performance during her freshman season included two MAAC Rookie of the Week awards and earned her a spot on the MAAC All-Rookie Team.

After redshirting the 2018-19 season, Morris returned to the court at Iowa Western Community College. This past season she averaged 15.2 points, 4.1 rebounds, 1.8 steals and 1.1 assists per game, earning first-team All-Region XI after leading the Reivers to the region championship.

“Jaiden is a competitor and will have a chance to make an immediate impact from day one,” Vickers said. “She is a strong, dynamic wing guard who can score and will fit in beautifully with our up-tempo team and our aggressive defensive system.”

The pair of transfers will join the incoming freshman trio of forwards Larri Sydnor and Makoye Diawara and guard Niya Fields. Vickers also has a trio of DI transfers who are eligible to play this upcoming season after sitting out 2019-20. Forwards Mangela Ngandjui and Amesha Miller both transferred from UNC Greensboro, while guard Jalynn Holmes came to Norfolk State from Towson.

The Spartans went 19-11 last season, 12-4 in the MEAC and advanced to the conference semifinals before the season was halted.