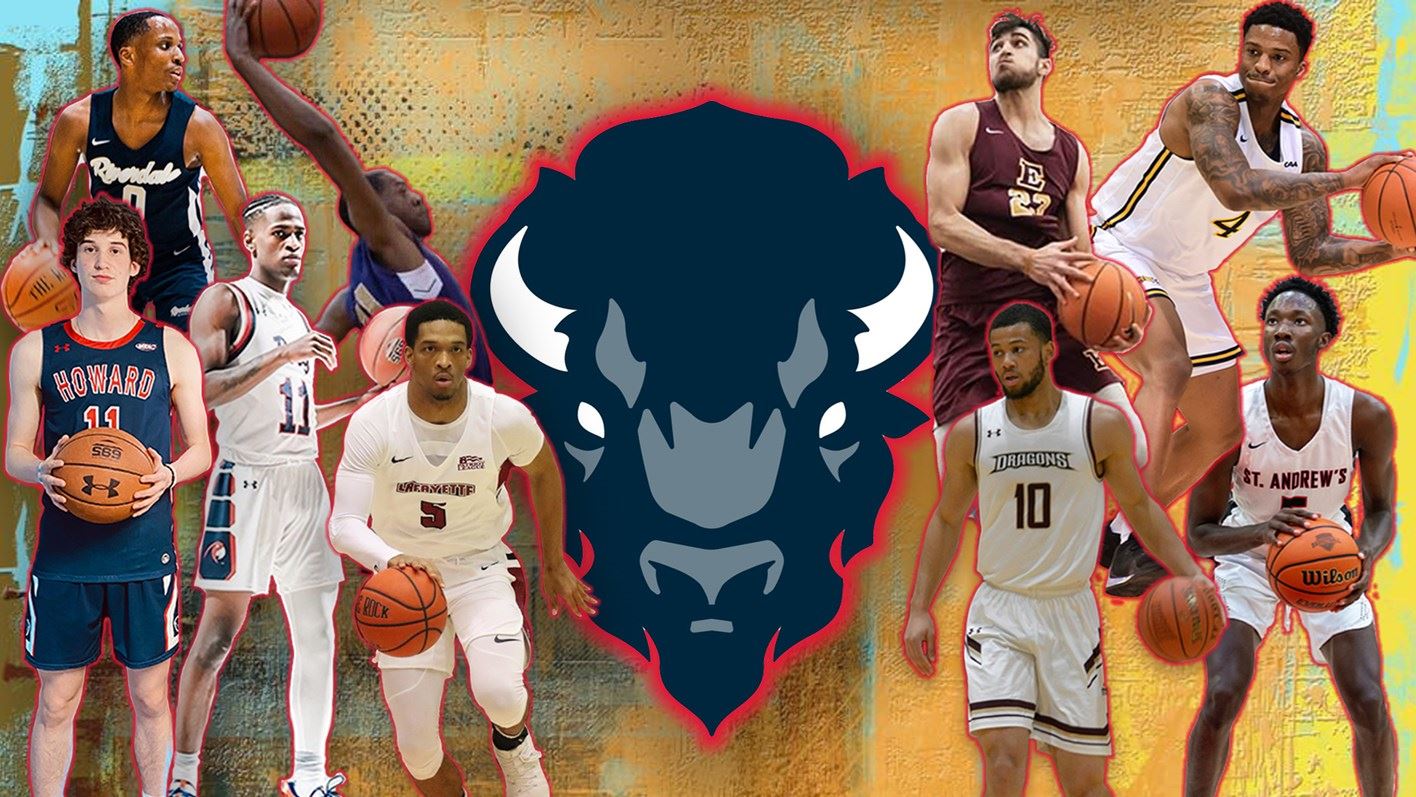 “These nine student-athletes bring tons of talent and leadership to the table,” said Howard men’s basketball head coach Kenneth Blakeney. “Each student-athlete comes from a program with winning traditions. I’m extremely excited for the upcoming season.”

Through the Beltway, Ali arrives to The Hilltop where he guided nationally ranked Baltimore Poly to three regional and state titles. The four-year starter was a two-time All-Metro and City Champion.

“Rahim [Ali] has made a name for himself as a proven winner,” said Blakeney. “He’s a leader that brings great energy and spirit to our team. I’m excited about him because he’s super competitive and will bring an edge to our team.”

Green brings the valuable leadership after playing collegiate at Drexel University. With the Dragons, he earned the team’s Freshman Most Improved Player while being named a team captain and starter during his senior campaign.

“We are excited to have him back in the DMV,” Blakeney stated. “He brings experience and leadership to our young group. Offensively, he is a big-time threat with his ability to shoot and make decisions.”

In high school, Green attended Bishop McNamara where he was a four-year starter and earned All-WCAC Third Team honors. He was also a member of AAU’s D.C. Assault, winning multiple championships along the way.

“Sam [Green] is a winner going back to his D.C. Assault AAU days,” Blakeney added. “I’m really excited he chose to be a Bison.”

Hayes is another product from the DMV, hailing from Upper Marlboro, Md. In 2020, he led his squad to the MAC Regular Season and Tournament Championships while being named to the All-Conference Team. He was also selected to the St. Andrews Winter Invitational All-Tournament Team twice (2019 & 2020).

“Spencer [Hayes] is very skilled, long and tough,” Blakeney commented. “He’s a Swiss Army knife, playing multiple positions on the perimeter. With that versatility, he could be an impact on the defensive side of the ball.”

In AAU, he played for New World where they won the Hoop Group Jam Fest Championship.

Johnson made DCIAA All-League First Team after averaging a double-double (17 ppg and 12 rpg) at Ron Brown H.S. He was named two-time athlete of the year at his high school while being named Mr. Ron Brown because of his academic and athletic leadership.

“Christian [Johnson] is a long and explosive athlete, who’s best basketball is ahead of him,” said Blakeney. “He has a chance to be an elite defender with his length because he’s able to defend four positions. He’s also a good three-point shooter, that’s only going to get better.”

Additionally, he played AAU with Team BISS from Potomac, Md., and plans to major in Finance at The Mecca.

Rahimzad attended Edge School in Canada where he averaged a double-double (15 ppg and 10 rpg) during the 2019-20 season, after recovering from an ACL during the U19 FIBA World Cup Championship. In his final year, he was ranked the seventh-best student-athlete in Canada.

“Amir [Rahimzad] is a very skilled, big body versatile forward that comes to Howard University with international and National team experience,” Blakeney explained. “He has competed at the highest level of competition, playing for his National team, Iran. His ability to dribble, pass and shoot at 6-foot-9 and 230 pounds allows us to be versatile and interchangeable.”

Born in Iran, he was captain on the U18 Iranian National Team where he guided the club to a U18 FIBA Asian Championship after producing 18 ppg, 11 rpg and 5 apg.

Richmond comes to Howard after two years at Howard County C.C., where he averaged 20 ppg and 6 rpg in his first season. In his two seasons, the Maryland native racked up over 800 points while leading the squad to a 2020 Region XX Championship.

“Deven [Richmond] played his high school ball at DeMatha Catholic [H.S.] for Coach Mike Jones,” Blakeney stated. “He’s skilled and fundamentally sound, an explosive student-athlete that will give us maturity.”

He attended DeMatha Catholic H.S., where he was a two-sport student-athlete (basketball and track). On the hardwood, he was a two-time All-WCAC selection and won the 2018 WCAC Championship. In track, he was named Field Event Most Valuable Player and won the 2018 Track and Field WCAC Title.

After playing a season at Lafayette, Suffren transferred to The Mecca where he had an outstanding high school career at Providence Day School. The Charlotte native averaged 18 ppg and 7 rpg while reaching the 1,000-point club. He was named twice to the All-Conference Team.

“Isaac [Suffren] give us a maturity that will be welcomed, especially with such a young team,” Blakeney explained. “He’s a highly skilled, fundamentally sound player that will give us a lot of versatility on the perimeter because he can play different positions. Coming from a winning high school program at Providence Day School and spending time at Lafayette College, Isaac knows what it takes to compete and win.”

In AAU, Suffren played for the Carolina Wolves, producing 20 ppg and 5 rpg. Currently, he holds the record for most points in a game at the Phenom Hoop Report High School Classic with 40 points.

Weaver hails from local Upper Marlboro, Md., where he made Capital Beltway League Second Team after leading his club in assists. He also competed in the Adidas Gauntlet Gold Circuit with the D.C. Thunder where they finished Top 10 in 15u.

“Thomas [Weaver] is battle tested with a high IQ,” Blakeney elaborated. “A point guard that can run a team while keeping defenses honest with his playmaking abilities and capability to knock down shots. His pedigree, background and work ethic will give us help with having a winning mentality.”

Wood arrives to D.C. from San Antonio where he was a unanimous All-District First Team selection at Cornerstone Christian. Academically, he was named to the Academic First Team twice.

“Jordan [Wood] is a very skilled versatile wing that can dribble, pass and shoot,” Blakeney expressed. “I’m excited about his ability to be another playmaker for us, standing at 6-foot-9. His IQ and feel for the game will be huge for us to become a more efficient team.”