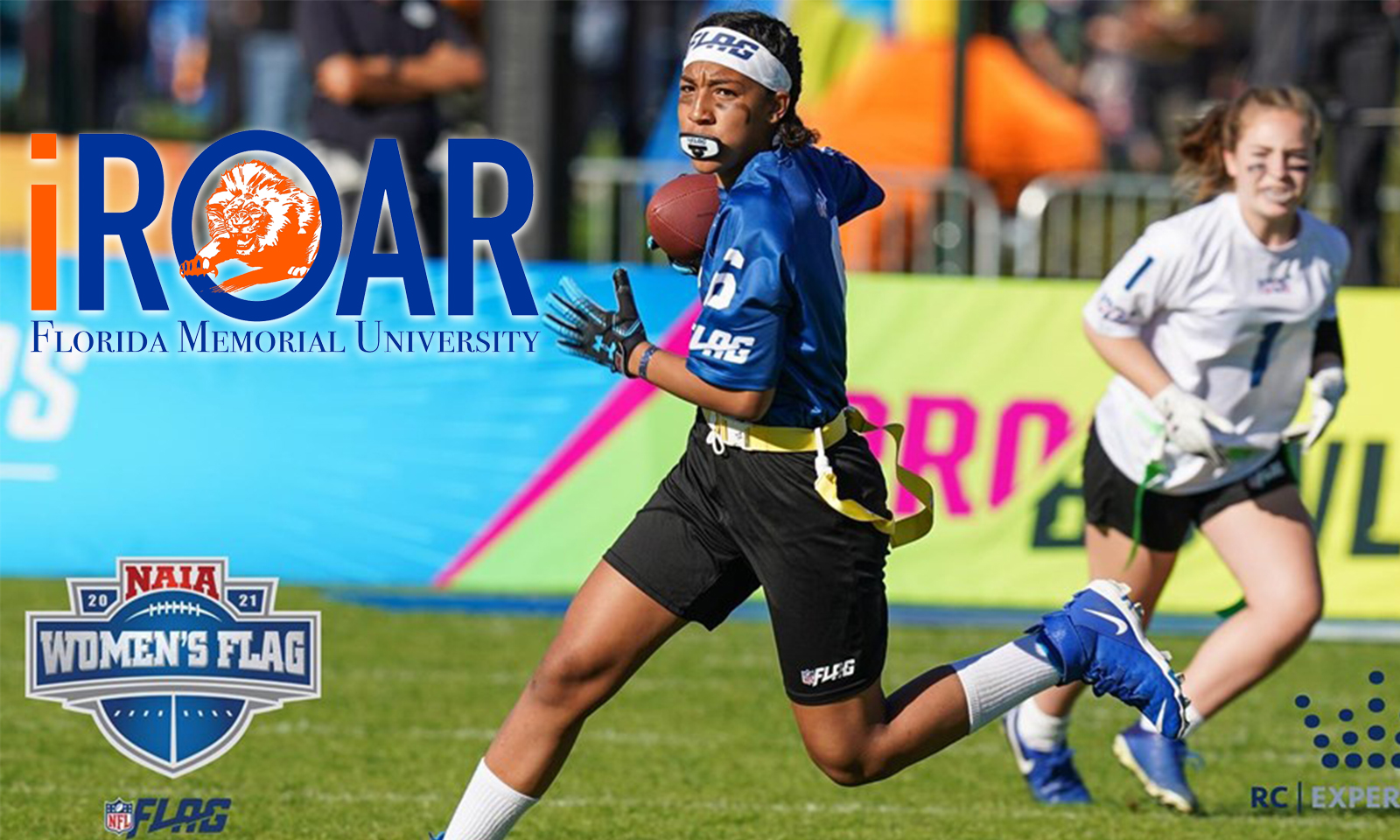 The NFL’s partnership with the NAIA brings women’s flag football to FMU.

The National Association of Intercollegiate Athletics (NAIA) announced Monday that it will be adding women’s flag football as a sanctioned varsity sport to its ledger beginning in 2021, and Florida Memorial University will be one of the initial schools to start a flag football program.

Thanks to a two-year partnership with the National Football League (NFL) and Reigning Champs Experience (RCX), the NAIA will work to develop league infrastructure and operations for the first women’s flag football competition governed by a collegiate athletics association.

“Football is for everyone,” NFL Executive Vice President of Football Operations Troy Vincent said. “This groundbreaking and historic joint venture provides an opportunity for the values, fun and competitive environment of football to be enjoyed as a varsity sport by female student-athletes attending NAIA institutions across America.”

In adding flag football, Florida Memorial will have 12 total athletic programs – seven of which being women’s sports.

“This is very exciting and very energizing news,” Jones said. “Adding women’s flag football to the list of sports that we offer here at Florida Memorial University means that the amount of lives that we get to impact as an institution of higher education grows. More young women will have the opportunity to pursue their academic and athletic goals and potentially change their lives and their families’ lives.”

“We look forward to building a flag football program that follows in the footsteps of all our other sports programs – one that chases academic excellence and championships,” Jones said.

Also, Jones confirmed that a head coach for the Lions’ program will be named at a later date.

The NAIA will begin working with NFL FLAG and RCX immediately to outline competition guidelines and next steps for schools and conferences interested in instituting women’s flag. The first competitive season will be held in the spring of 2021.

As the official operating partner of NFL FLAG and the NAIA Showcases, RCX will help facilitate women’s collegiate flag football across the NAIA and drive participation through women’s flag football NAIA Showcases. The NAIA will host its first Showcase open to female football athletes in the late summer or early fall of 2020.

The NAIA will host an emerging sport or invitational championship in the spring of 2022. An emerging sport in the NAIA is defined as at least 15 participating institutions, while invitational can be defined as at least 25. A sport must have a minimum of 40 participating institutions to be considered for full championship status.

In addition to the women’s flag football initiative, the NFL will serve the presenting sponsor of the 2020 NAIA Football National Championship, scheduled for Saturday, December 19 at Eddie G. Robinson Stadium at Grambling University in Grambling, La.