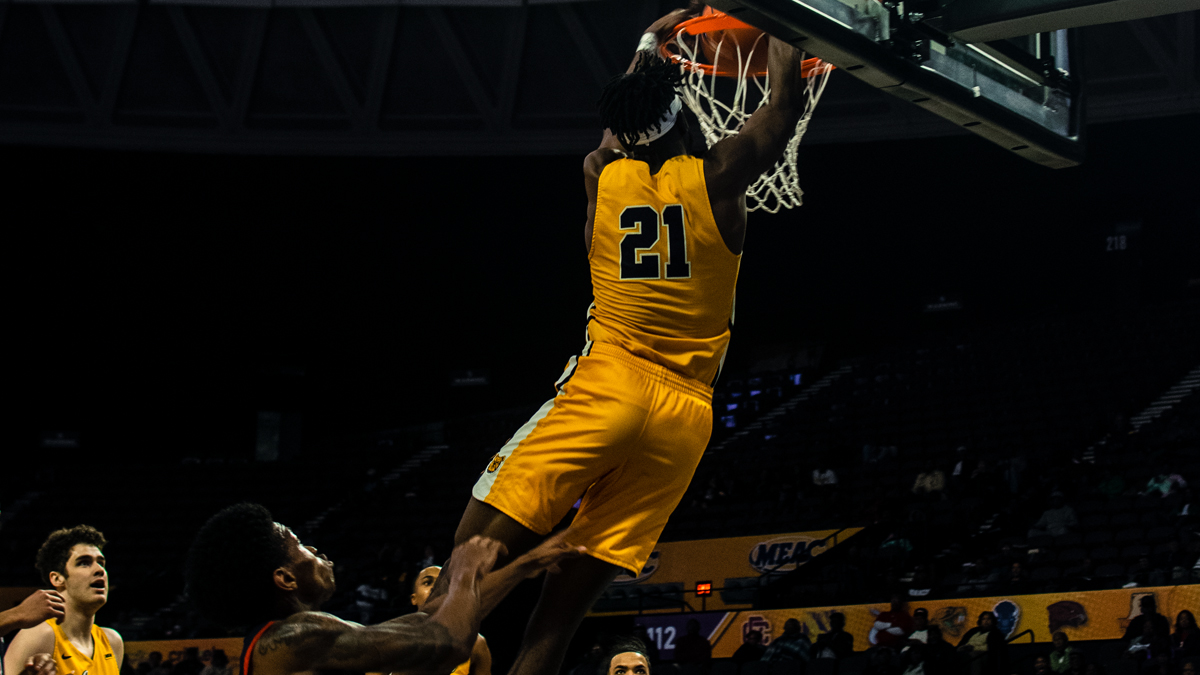 Howard had a solid start to the game, but North Carolina A&T’s high-octane offense proved to be too much to overcome.

A&T withstood an early push and a late comeback attempt to beat HU 86-77 in the quarterfinals of the MEAC Tournament on Wednesday.

It was a disappointing end to a tough season for Howard. Senior guard CJ Williams scored 18 points, ending his career as the conference’s all-time scoring record with better than 2,400 points. Four other Bison joined him with double-figures in scoring as the team finished the year 4-29.

A&T will play the winner of Thursday’s Norfolk State/Coppin State quarterfinal in the semifinals on Friday night at 8 PM. The game will be played in front of a limited audience due to the Corona virus, the conference announced Wednesday night.