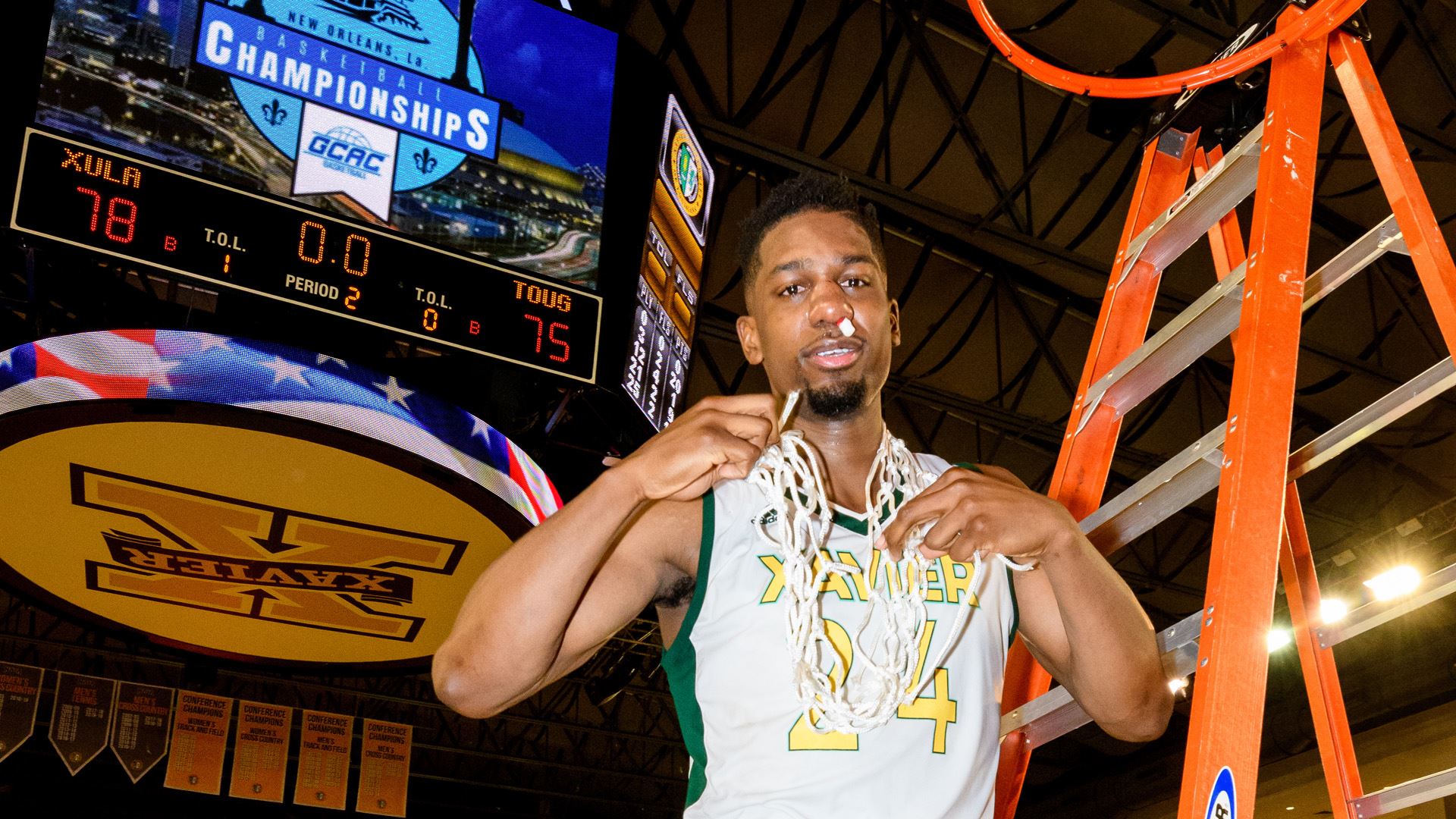 The win over Tougaloo gives XULA first conference championship since 1996.

The Gold Rush (27-6) won the tournament for the first time since 1996. XULA earned the GCAC’s automatic bid to the NAIA Division I National Championship tournament, which will begin March 18 in Kansas City, Mo. The NAIA will announce Wednesday the 32-team bracket and pairings.

XULA took the lead for good in the final minute for the second consecutive day, this time on freshman guard TJ Jones’s shot-clock-beating layup with 14 seconds remaining to make it 77-75. Sunday also was Jones’s birthday.
Sean Atwater missed a 2-pointer for the Bulldogs (24-8) after Jones’s score, and another XULA freshman, Cameron Wells, rebounded and was fouled with six seconds remaining. Wells made the second of two free throws for the final point of the game.

Tougaloo never attempted a shot on its final possession. Stanley Williams dribbled the ball off of his leg near midcourt, and Donovan Armstrong recovered the ball for XULA as time expired.

Rayshawn Mart scored 20 points and William Loyd 15 for XULA, and Cameron Dumas and Jones scored 10 apiece. Loyd, a senior forward, was named tournament MVP, and Mart and Makye Richard joined him on the six-player all-tournament team.

Datavian Porter, Justin Johnson and Atwater scored 15 points apiece for Tougaloo. Ledarius Woods scored 12 points, and Sebron Carter had 10.
Tougaloo led 39-33 at halftime and 60-56 after a Woods 3-pointer with 8:13 remaining.

“It’s great to finally break through and see Xavier win this thing again,” fourth-year XULA head coach Alfred Williams said. “Our guys played with a lot of resolve and desire to end the streak. We’ve had a great year, but we’re looking to keep this run going at nationals.”

Although XULA was seeded first and Tougaloo second in the tournament, Tougaloo held the higher national ranking in the most recent coaches poll. The Bulldogs were 12th, and the Gold Rush were 15th. A new top 25 will be announced Wednesday.

The trip to NAIA nationals will be XULA’s 12th in its last 16 seasons and 19th overall.