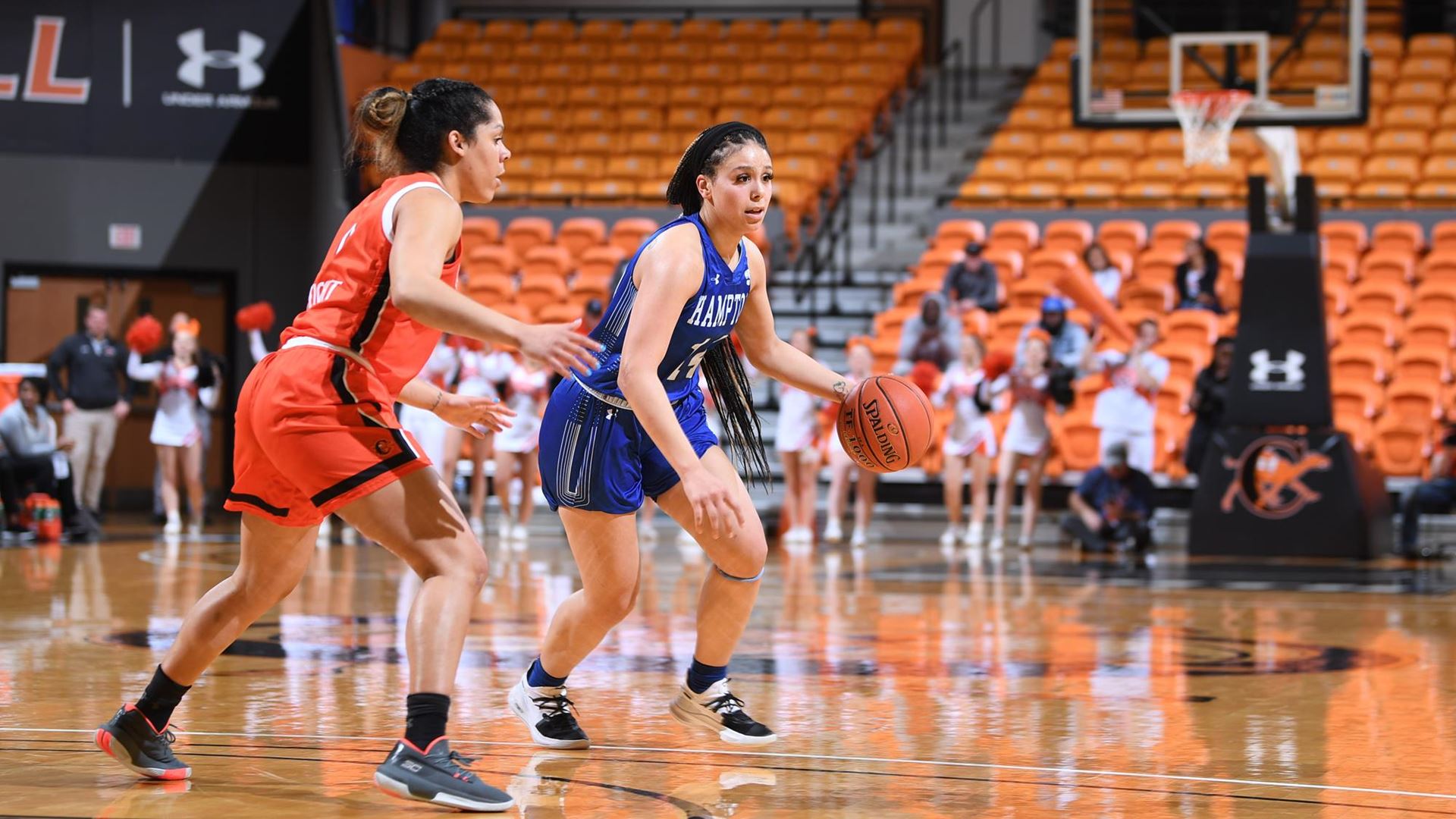 Hampton (18-10, 14-5) remains tied for second with Radford heading into Saturday’s regular-season finale with the Highlanders

With the win, Hampton (18-10, 14-5) remains tied for second with Radford heading into Saturday’s regular-season finale with the Highlanders.  A Hampton win will give them second place in the regular season and will allow the Lady Pirates to host two quarterfinal games on March 12 in the Hercules Tires Big South Women’s Basketball Championships.

Laren VanArsdale topped Hampton with 18 points and four steals, while Ashley Bates added 16 points, six steals and four rebounds.  The Lady Pirates, while being out-rebounded 35-27, held a big free throw advantage going 18-for-23 from the line (78.3%) ad Campbell went 4-for-6 (66.7%).

The lead traded hands four times in the first quarter as a MaKayla Timmons jumper with 4:53 left put Hampton up 8-6.  Campbell’s Tatyana Carver drained a 3-pointer at the 1:11 mark to put the hosts up 9-8.  VanArsdale nailed a 3-ball with four seconds left in the quarter to put Hampton up 11-9, a lead they would never relinquish.

Campbell got the lead down to one twice in the fourth with a Taya Bolden layup at the 6:31 mark bringing the Camels to 36-35.  Hampton got a 3-point play from Bates to push the lead back to four at 41-37 with 3:54 remaining.  ShyAnne Tuelle’s 3-ball with two minutes remaining pulled Campbell to 43-40, but that was the last points scored by the Camels.