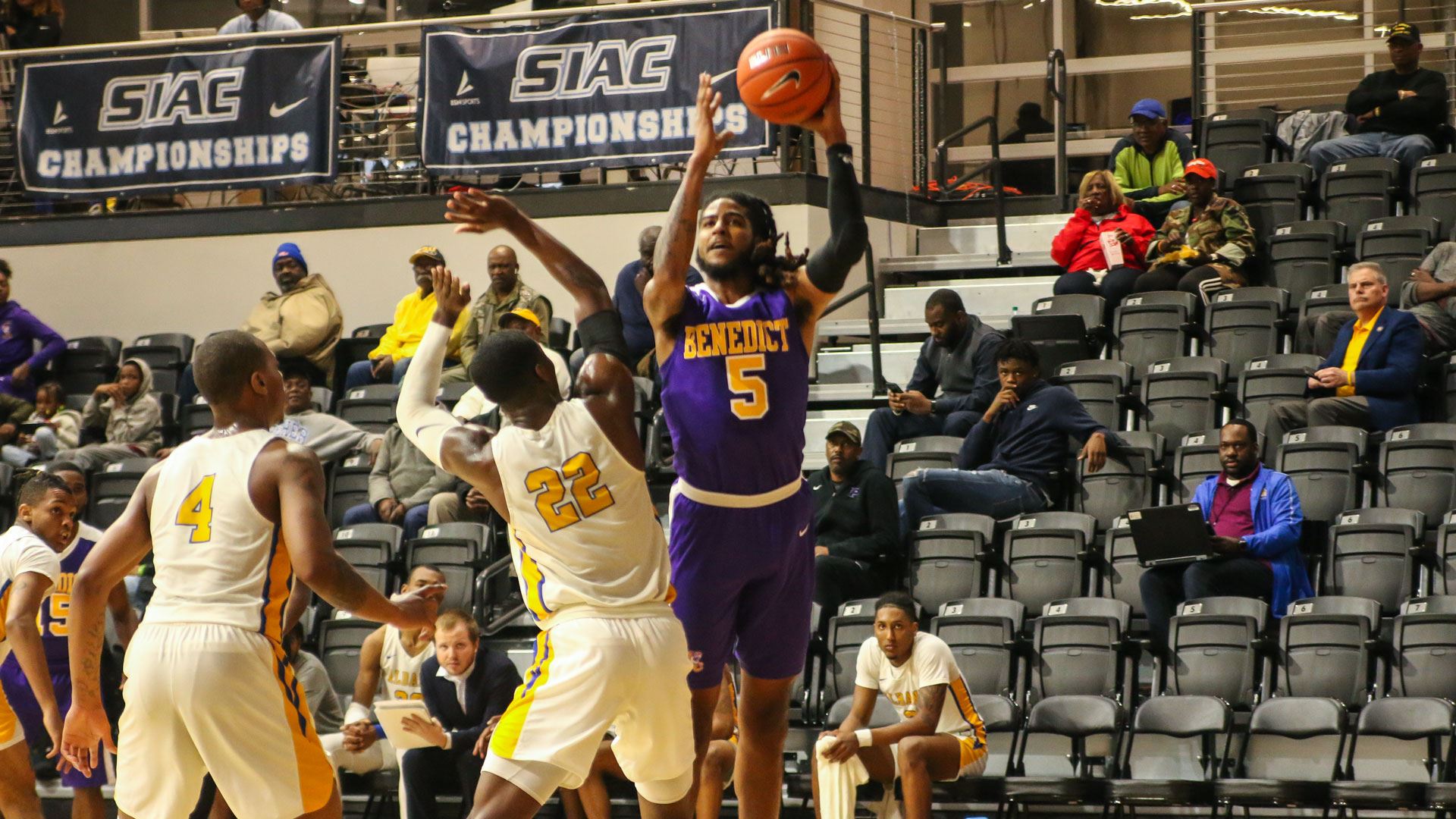 Albany State advances to SIAC semifinals with win over Benedict

ROCK HILL, S.C. – Mario Young scored 16 of his 21 points in the first half to lead a charge and help lead the Golden Rams to a 67-62 victory over Benedict College in the quarterfinals round of the 2020 SIAC Basketball Tournament at the Rock Hill Sports & Event Center on Wednesday.

The Eastern Division Champions the Golden Rams, now 16-13 overall, advance to take on the winner of the Paine College versus Morehouse College game in the tournament semifinals at 7:45 p.m. on Friday. Benedict College, the fifth seed, ends its season at 14-16.

Randy McClure added 15 points, 13 coming in the second half, for the Golden Rams. Kamil Brown had 11 points and eight rebounds. Joshua Jerome contributed eight points with one rebound.

Benedict jumped out to a quick 10-7 lead, but the Golden Rams answered with taking a 15-10 lead with 11:39 left in the first half. The game stayed close the rest of the way, with Albany State pulling ahead 34-28 at the halftime break.

The Golden Rams came out adding points early in the second half to take a 43-39 lead with 14:11 remaining in the game.

Napoleon Harris secured a tip-in with 12:09 left in the contest to put the Golden Rams ahead 46-40. The Golden Rams collected another tip-in by Randy McClure to take a 51-46 advantage with 8:33 left in the game. A layup by Aboubacar Camara cut ASU’s lead 56-50 with 4:53 left on the clock. The Golden Rams answered with a dunk by McClure to edge the Tiger 60-52. The Tigers wouldn’t go away as a layup by Tajh Green put then within one of the Golden Rams with 1:34 left to play. A jumper by Juwan Harris and two points from the free throw line by Mario Young secured the 67-62 victory for Albany State.

Albany State shot 42.1 percent from the floor, while holding Benedict to 45.6 percent shooting. The Tigers had a dominating 40-29 advantage in rebounding.

The Eastern Division Champions the Golden Rams, now 16-13 overall, advance to take on the winner of the Paine College versus Morehouse College game in the tournament semifinals at 7:45 p.m. on Friday.

Albany State advances to SIAC semifinals with win over Benedict