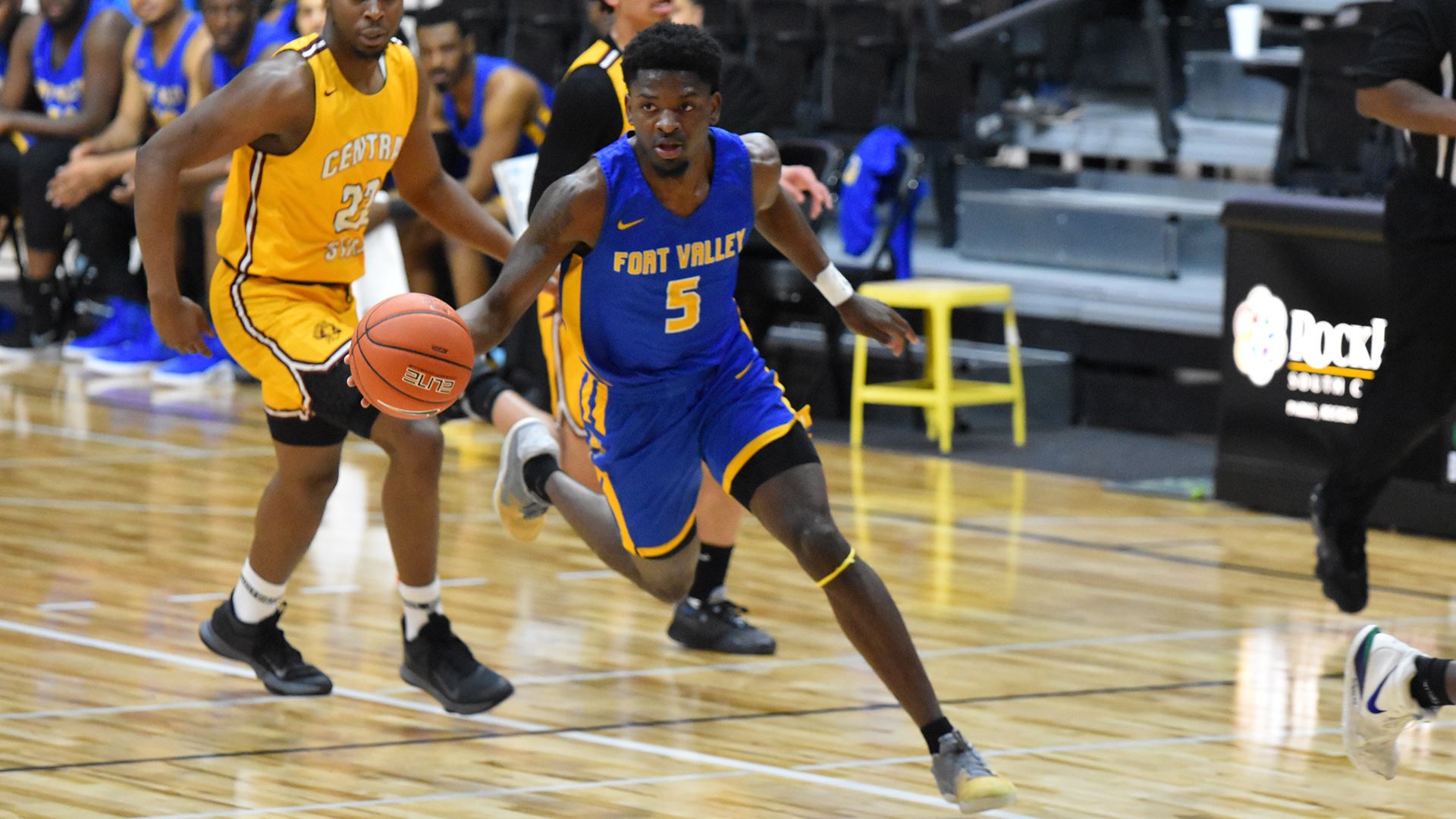 Central State gets past Fort Valley State in SIAC opening round

ROCK HILL, South Carolina – The Central State Marauders advanced to the SIAC quarterfinals with an 87-79 win over Fort Valley State on Tuesday morning.

With the win, CSU improves their record to 17-12 overall. FVSU finishes the season with a 7-22 record.

CSU freshman Darweshi Hunter scored 17 points including back-to-back threes to close the first half as CSU went into the locker room leading 38-37.

Back-to-back baskets by Jovon Jones and a three-point play by Alexi Dotson reenergized the Marauders as CSU took control with a 10-2 run. The Marauders knocked down nine of 10 free throws attempts in the final two minutes to seal the victory.

CSU limited its turnovers down the stretch, giving the ball away just once in the final 10 minutes of play.

K’Viontae Williams led FVSU with a game-high 27 points and 13 rebounds.

Central State gets past Fort Valley State in SIAC opening round