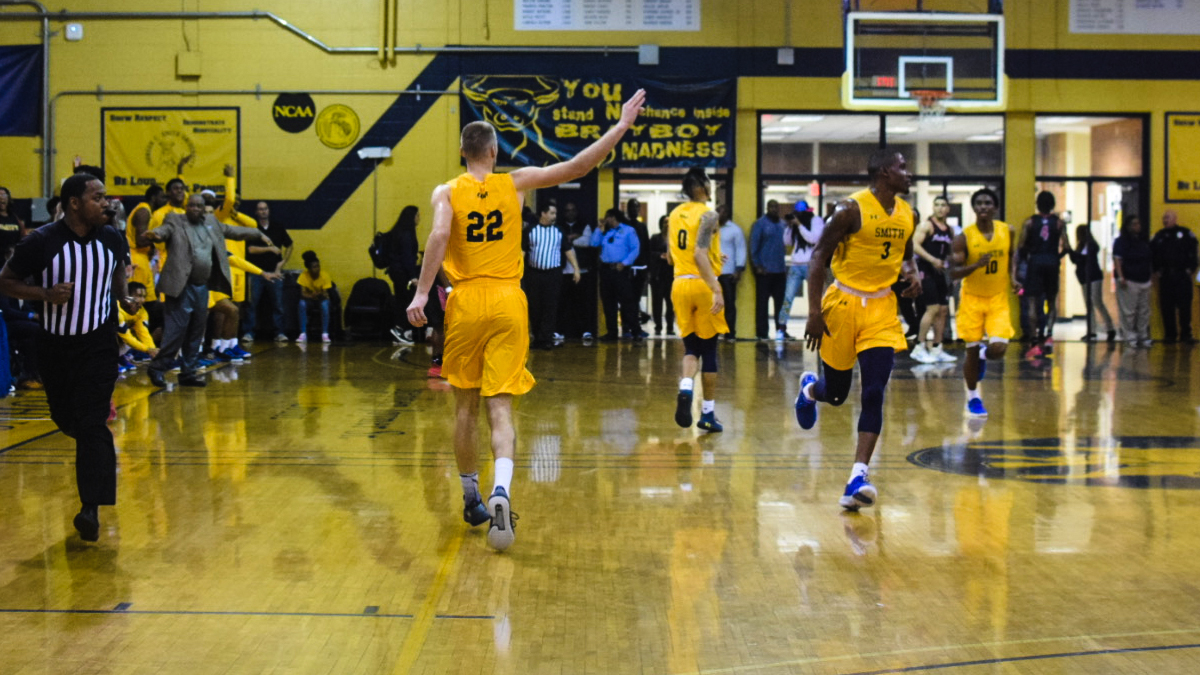 CHARLOTTE, NC — The first game between Johnson C. Smith and Winston-Salem State wasn’t much of a contest, but the second one was a thriller to the final buzzer.

JCSU came back from a double-digit first-half deficit to wrestle a 55-53 win from WSSU on Wednesday night in Brayboy Gymnasium in front of a capacity crowd.

The game was far from an offensive showcase as both teams shot less than 33 percent from the field in the game. The difference came at the free throw line where JCSU connected on 17 of 24 free throw attempts while WSSU shot just eight free throws all night.

Rob Colon led the Rams with a game-high 17 points, but it took 25 shots to get them. Jonathan Hicklin added 12 points.