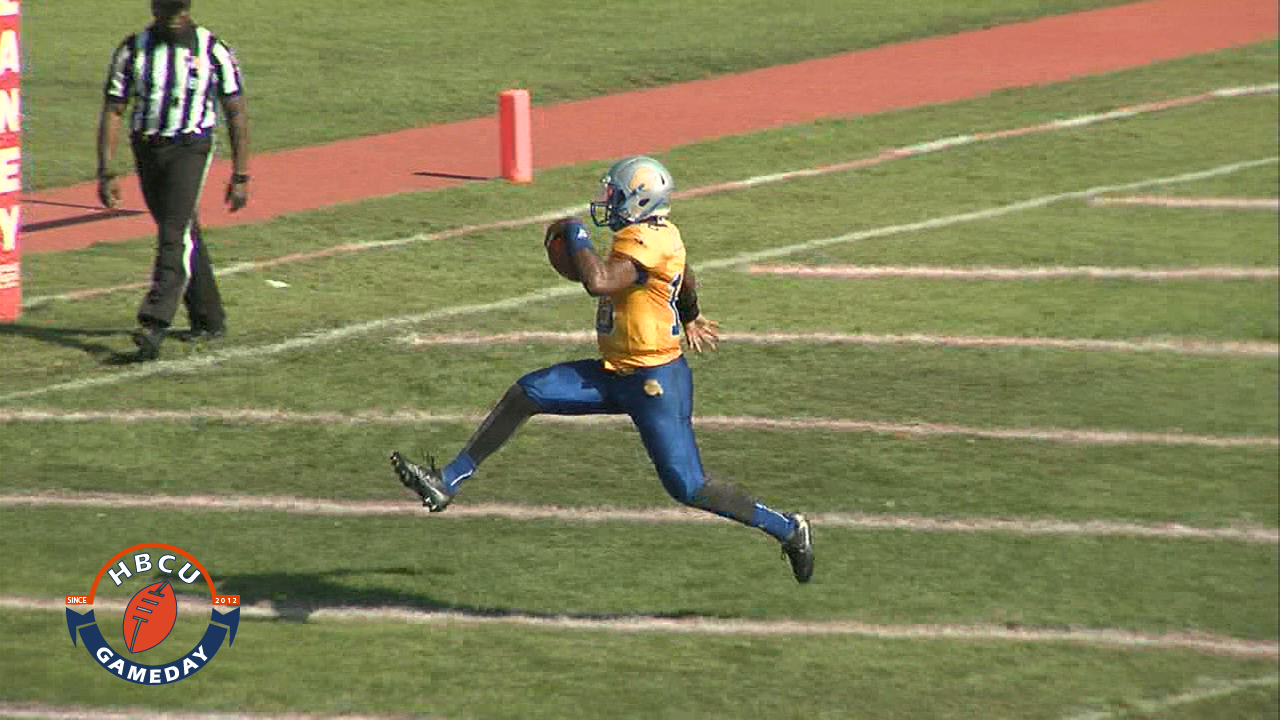 Golden Rams do well in state and reaches out to more of the South.

ALBANY, GA — The Albany State University Department of Athletics under the helm of head football coach Gabe Giardina has announced the signing of 10 student-athletes to the binding National Letter of Intent.

“We’re excited with this young group of talent joining the Golden Rams football program,” said Giardina. “Recruiting season is a fun time to bring potential students on campus, introduce them to the athletic program and team. With the program losing some key players the group that we are bringing in will help set the foundation needed to move the program forward for the upcoming years.”

Of the 13 new Golden Rams, seven are native to the state of Georgia. Three are from the state of Florida. Alabama, California, and Mississippi have one player that is coming to the program.

Below are quotes from head coach Gabe Giardina on the incoming recruits:

Diondre Glover-Wide Receiver-Newton High School
Diondre is a game-changing wide receiver on the perimeter.  He is a great student of the game that shows big play ability.

Corey Minner –Defensive Back-Griffin High School
Corey is a great cover corner that has been highly productive at Griffin High school.  He locks his side of the field down.

Nate Roberts-Defensive Back-South Gwinnett High School
Nate is a relentless worker that is a ball hawk.  Nate is the first guy in the gym and the last one to leave and his play on the field reflects that.

Jhaydon Sullivan-Quarterback-Winder Barrow High School
Jhaydon is a dual-threat quarterback that can really stretch the field.  He has a great arm and high football IQ.  Jhaydon is also a scholar-athlete with above a 3.5 GPA.

Tavaris Thomas-Defensive Back-Armwood High School
Tavaris can play multiple positions in the defensive secondary.  He comes downhill and can play in the box as well as on the hash or over the slot.

Jaree Tuner-Wide Receiver-North Marion High School
Jaree can flat go get the jump ball.  He is a multisport athlete at North Marion that also stars on the basketball team.  He runs great routes and will add some much-needed size to the ASU receiving corp.

Tyree Turner-Quarterback-Oak Leaf High School
Tyree is an explosive athlete at the quarterback position with a lively arm.  He can beat you with his arm or his legs.

JaQuez Williams-Running Back- Redan High School
JaQuez has made everyone in Dekalb county miss over the last three years.  He has the combination of quicks and speed that lets him run around and away from people.

Deshazio Williams-Defensive Back-Pinson Valley High School
Deshazio Williams is an interception machine.  He was a part of a defense that won a state championship as a junior and went to state semifinals as a senior.

Oliver Svirisky-Quarterback-DeAnza Junior College
Oliver is dual-threat QB from California.  He was a two-year starter at DeAnza and lead his team with both is arm and his legs.  Oliver is an excellent leader.

Joe’Vante Shorter-Wide Receiver -Hinds Community College
Joe is fast deep threat at WR.  His team finished second in the Southern Region in Miss Junior College Ranks.  Joe had over 33 catches this season, and over 800 yards.

Svirsky, Shorter, and Fillinggame have all enrolled for the spring semester.

Here is a list of the currently committed signees. Additional signees will be released as they are received.