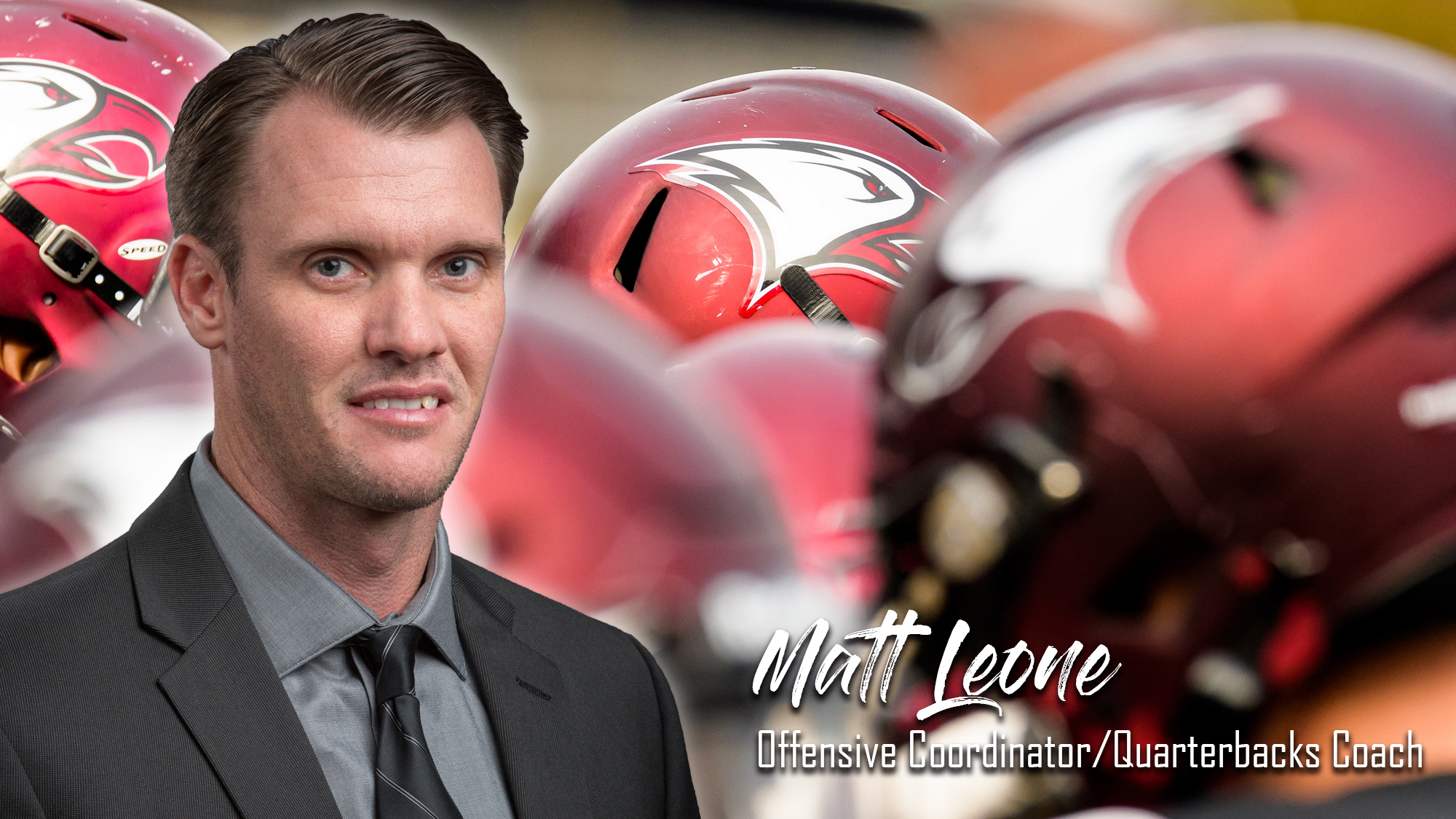 During the last two campaigns at Southern, the Jaguars won back-to-back SWAC West Division championships, posting a 6-1 conference mark each year. Last season, Southern averaged 32.8 points and 403.5 yards of total offense with an 8-4 overall record. In 2018, Southern topped the SWAC in pass efficiency.

In Leone’s first two years at Southern, he coached the school’s all-time leading passer in Austin Howard, who led the conference in passing yards per game (225.0) in 2017, and threw for 2,650 yards and 29 touchdowns in 2016. As a team, the 2016 offense topped the SWAC in scoring with an average of 39.8 points per game, which was fifth nationally in FCS, and averaged 471.9 total yards per game and 6.5 yards per play. The Jaguars were also responsible for 5,191 total yards of offense and 54 total touchdowns in the 2016 season.

Prior to arriving at Southern, Leone spent nine seasons at Webber International University, where he served the last five seasons as the Warriors offensive coordinator and quarterbacks coach. Leone was also the NAIA Champions of Character Liaison for two years at Webber.

Under Leone’s direction, the Warriors offense was the most productive in the history of Webber’s football program. The Warriors were ranked among the top 25 in the country for NAIA in several categories. The Warrior ground attack ranked No. 1 in The Sun Conference and fifth nationally in the NAIA in 2015 with 282.6 rushing yards per game, as Webber achieved a second straight 8-3 campaign.

In 2014, the Warriors offense was a main staple to leading the program to its first Sun Conference championship and finishing the season ranked 23rd in the nation (NAIA coaches poll). Leone led the offense to finish first in the conference in total rushing and seventh in the NAIA for rushing yards per game.

In 2011, Leone’s quarterback Christopher Hart ranked seventh in the country in pass efficiency, completing 57 percent of his passes and throwing 15 touchdowns. Hart became an undrafted free agent for the Seattle Seahawks, and continued his pro football career in the Canadian Football League (CFL) for the BC Lions.

As a player, Leone was a four-year letterman at quarterback and was voted team captain by teammates at Webber International University. He obtained his Bachelor of Science in Business Administration in 2007, and a Master of Business Administration (MBA) with a concentration in Sport Business Management in 2009 from Webber. Since 2013, Leone has been an avid volunteer with the Fellowship of Christian Athletes (FCA) and Youth for Christ.