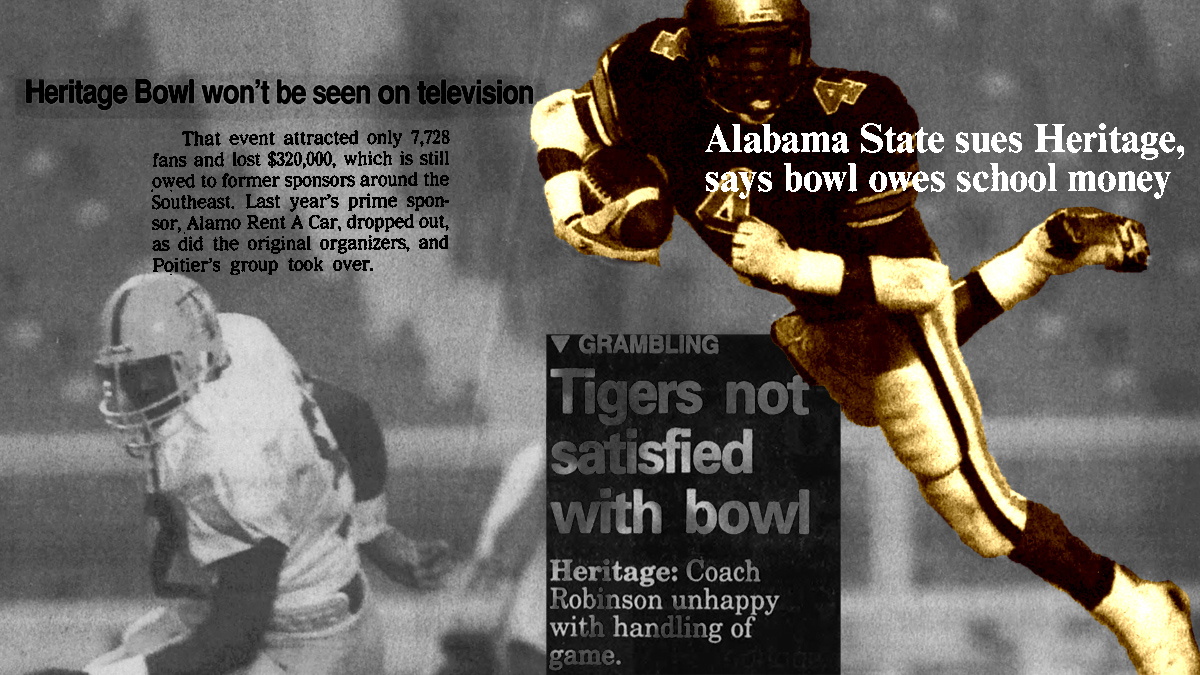 Organizers would have less than a year to put the next matchup together, as Heritage Bowl III was slated to take place on Jan. 1, The location would shift again, this time to Atlanta in the massive, 70-plus seat Georgia Dome. Quite an ambitious goal for a bowl game that had seen less than 20k fans in its first two games, but with Atlanta’s burgeoning reputation for being a cultural center for black folks in general and HBCU grads in particular, it was a risk worth taking.

The conference’s set a goal of selling 30k tickets, and organizers hoped it would clear from $75-100k. One thing working in its favor, sort of, was the fact that the only way to see the game was to actually be in the dome.

Heritage Bowl III would not be seen on television. Black Entertainment Television, BET, broadcasted the first two games on tape delay. However it opted not to air the game at all, instead filling the game’s timeslot with “Video Soul by Request” and “Teen Summit.”

“They had previously scheduled programming and had already sold all of their advertising. And those sponsors wanted their advertising on that programming,” Heritage Bowl spokeswoman Lacey Barnes told the Times and Democrat. “That’s business, and the only other option we had was to pay for the commercial time. And that’s something we didn’t have in the budget.”

The game was a matchup of two upstart programs looking to make their mark. South Carolina State, led by legendary Willie Jefferies, represented the MEAC as conference champion Howard went to the NCAA Division I-AA playoffs. It would go up against Southern University and its new head coach Pete Richardson, who quickly turned the program around after arriving from Winston-Salem State.

Southern would win the game 11-0, but the true win was felt at the ticket office. Announced attendance for the game was 36,128. The game was a hit with local media as well as fans.

“There are bands, for instance, always the bands,” wrote Terrence Moore of the Atlanta-Journal Constitution. “There are crowds that consist of four generations of families, a smattering of loyal friends and good neighbors, all gathered together for some of the cleanest fun on earth.”