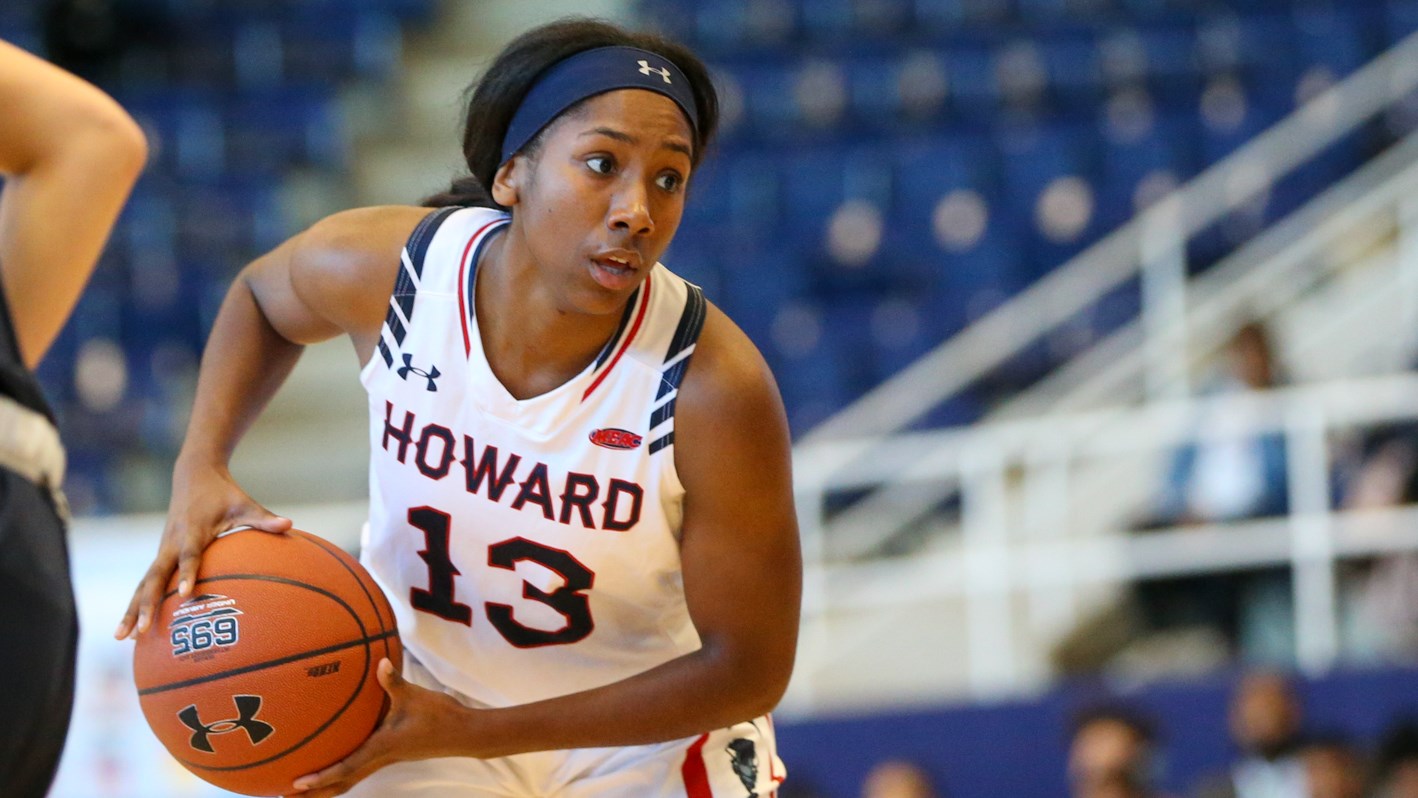 A second half outburst leads the way for big win on the road.

“Overall, tonight was a solid win,” said Howard women’s basketball head coach Ty Grace. “We knew tonight’s game would be tough because ECU [East Carolina] does a solid job in their press. We started off with a ton of turnovers, but finally settled in the second quarter.”

With the victory, HU matched its longest winning streak of the season at three while improving to 7-4 overall.

Moments after intermission, Howard trailed, 31-34, but scored six unanswered to take a three-point advantage, 37-31, with less than five minutes left in the third. At the 3:44 mark, ECU tied the contest, 37-37, but HU responded with an 11-1 run to close the third, capped off by an old-fashion three-point play from freshman guard Iyanna Warren (Accokeek, Md.), 49-38.

In the fourth, East Carolina sliced the deficit to single digits on multiple occasions, but the Bison took control and held its largest lead of the game with under two minutes remaining, 67-49.

Despite only shooting 40-percent (20-of-50) from the field, the Bison found other ways to score. HU attacked the rim and reached the charity stripe 29 times where they connected on 20 free throws.

“Our goal was to limit them to one shot,” Grace stated. “We rebounded from every position, which helped us dominate the glass tonight. Not having Ayonna [Williams] put more pressure on our guards tonight, but Deuce [Iyanna Warren] stepped in and did a great job controlling the tempo and distributing the ball.”

Second-year guard Gia Thorpe (Pittsburgh) provided the spark off the bench, netting 15 points in the win.

For ECU (3-7), Necole Hope was the lone Pirate in double figures with 13 points.

“I was very pleased by our effort [tonight],” Grace added. “We need to keep that up moving forward and going into conference play.”

HU continues its road swing in Fairfax, Va., when the George Mason Patriots come calling. Tipoff is set for noon on ESPN+.