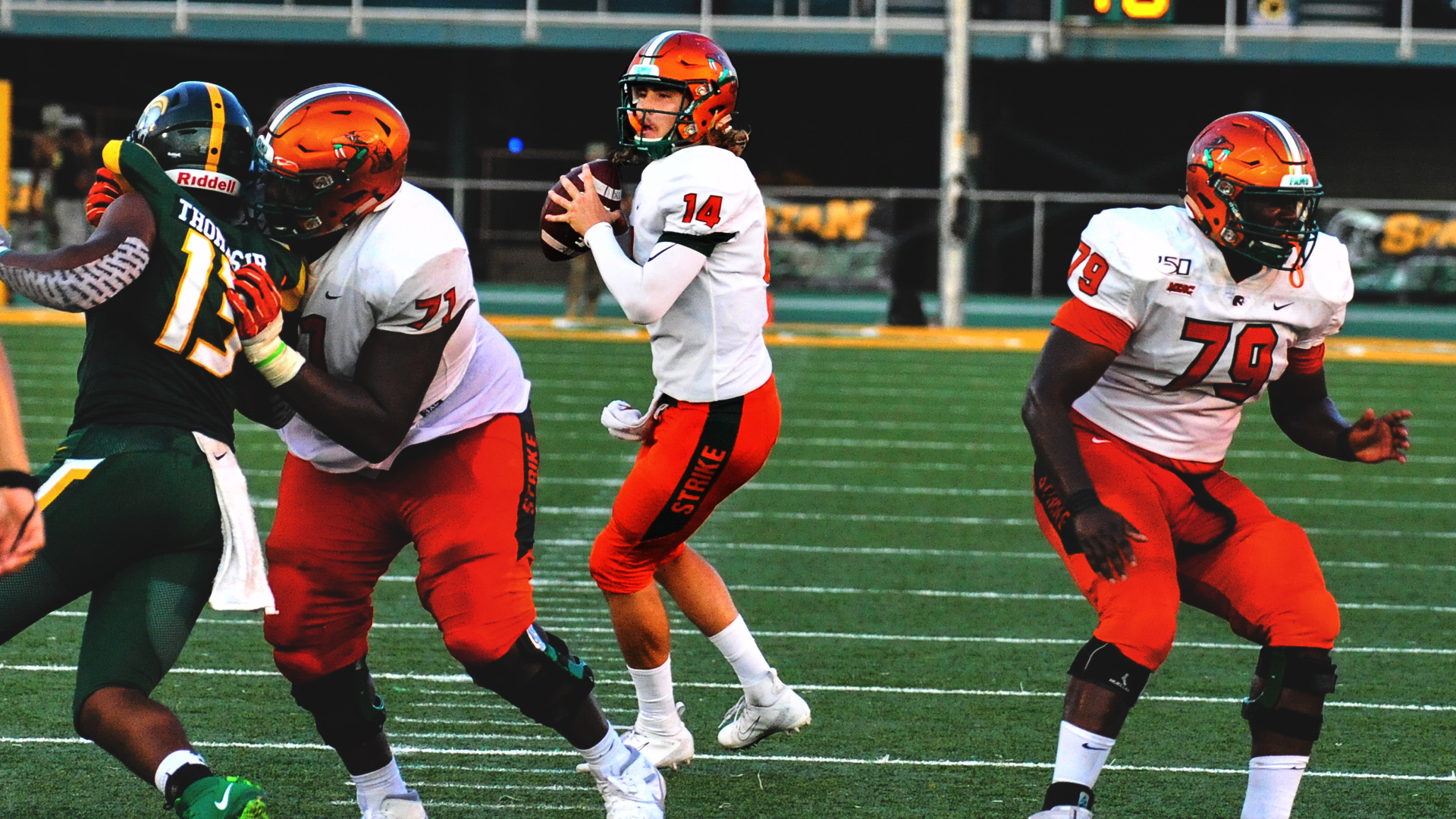 Stanley led the Rattlers to a 9-2 overall record this season and the program’s first national ranking since 2009. The Pembroke Pines, Fla. native was the top passer in the MEAC, averaging over 256 yards per game. He has broken four program career records at Florida A&M, setting new marks for passing touchdowns, passing completions, passing attempts and passing yards. He threw for 2,566 yards and 23 touchdowns this season and had three 300-yard games, including a 427-yard outing against South Carolina State. A First Team All-MEAC selection, he is also on the Watch List for the Walter Payton Award and a finalist for the Black College Football Player of the Year award.

Stanley became the eighth Rattler to earn the MEAC Offensive Player of the Year award, but the first since Curtis Pulley won the award 10 years ago. He is the fifth quarterback from Florida A&M to earn the award. He leaves the Rattlers as the all-time career leader in touchdowns (67), pass attempts (1,187), completions (636) and passing yards (8,424). He is ranked first in MEAC history in pass attempts and second in total passing yards (8,424) and pass completions.

Royster, the second MEAC Defensive Player of the Year from North Carolina Central, but the first since Alexander Jones won the award back in 1971 was a terror in the backfield for the Eagles during the 2019 season. He tied for the MEAC lead in both sacks and tackles for a loss this season. The Chesapeake, Virginia native was in the top 15 in the conference in overall tackles with 75 and ranked 22nd in all of FCS in sacks and tied for 33rd in tackles for loss. He also forced three fumbles for an Eagles defense that was second in the MEAC and tied for 27th in the nation with 23 takeaways, and he was a First Team All-MEAC selection this season. His 75 tackles in 2019 were the most among NCCU defensive linemen in 25 years.

This year marks the first time since 2012 that both Offensive and Defensive Players of the Year were seniors (Nick Elko of Delaware State and Keith Pough of Howard won the awards in 2012). This is also the first year since 2012 that neither the Offensive nor Defensive Player of the Year were not from either South Carolina State or North Carolina A&T State.