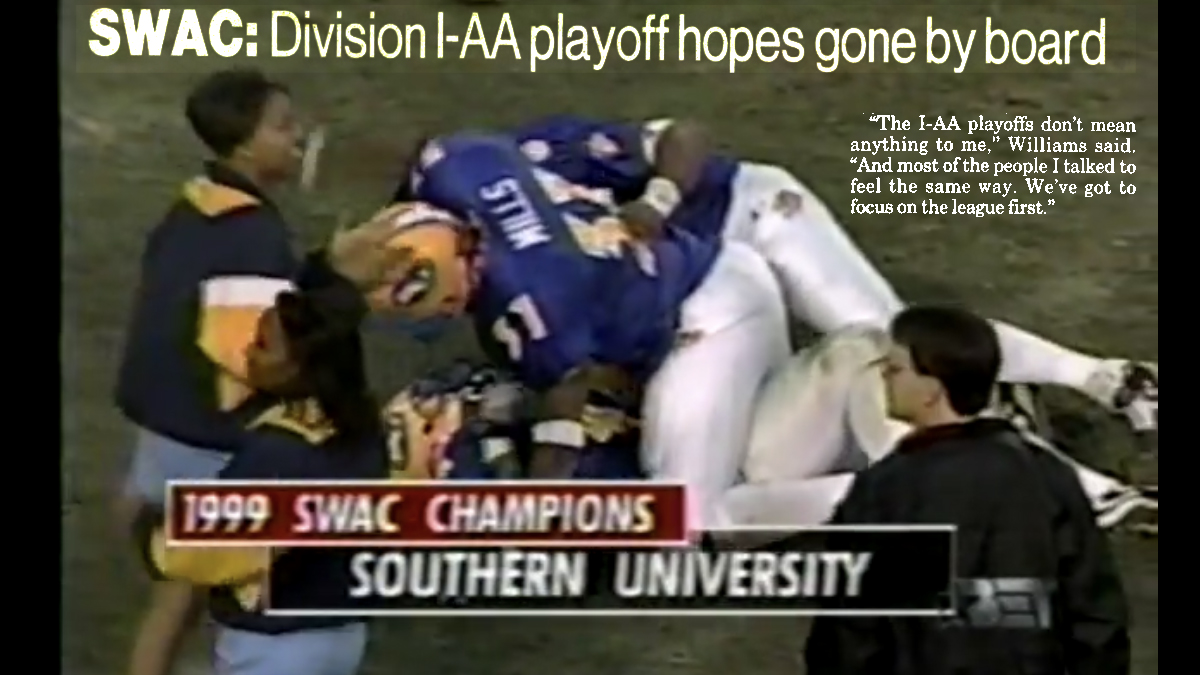 Though he was obviously disappointed with the result, Jackson State head coach Robert “Judge” Hughes pretty much summed up the overall thoughts and feelings of many.

“It was a championship atmosphere. When I looked back behind me and saw all that Jackson State blue up there, I got chills. I’m honored to be the coach of a school with that kind of support,” Hughes said.

“The NCAA always sent us to Timbuktu,” he told the Clarion-Ledger. “I’d rather play in Birmingham.”

Southern would go on to play Hampton, the MEAC’s third-place team in the final Heritage Bowl. It would be a decade-and-a-half before the other DI HBCU conference would ultimately follow its lead by giving up its auto bid in the playoffs to join the SWAC in the Celebration Bowl at the behest of ESPN.

Two decades later, no SWAC team has made it into the playoffs since. Many have debated whether or not the decision to pull out of the playoffs has helped or hurt the conference in terms of being competitive nationally. However, given its previous lack of success and the financial pushbacks of the Celebration Bowl, its clear that this bold move was a game-changer.

Check out our series from the 1999 season and more in our history tab.