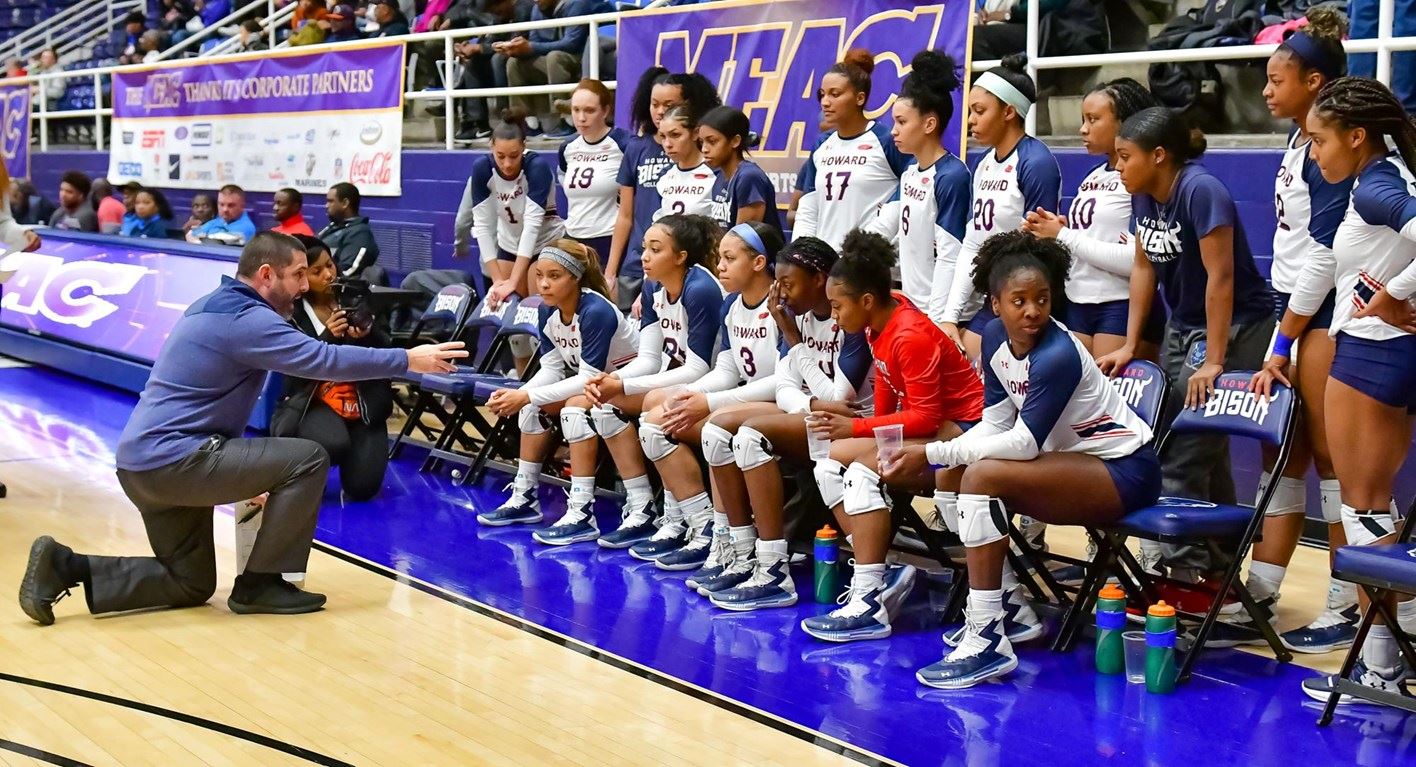 Howard will represent the MEAC in the NCAA, while NCAT will compete in an alternate tourney.

Two MEAC volleyball squads will continue to compete in postseason play.
Howard, the 2019 and five-time defending Mid-Eastern Athletic Conference (MEAC) champion, will face national No. 6 seed Pittsburgh on Friday, Dec. 6 at 7 p.m. in the Petersen Events Center in the first round of the 2019 NCAA Women’s Volleyball Championship.

North Carolina A&T State, which won the Mid-Eastern Athletic Conference (MEAC) Southern Division crown before being eliminated in the semifinals of the conference tournament, has earned a bid in the National Invitational Volleyball Championship (NIVC), as the 32-team field was announced on Sunday.

Howard (20-12) defeated Morgan State in five sets on Sunday, Nov. 24 in the championship match of the MEAC tournament to give the Bison their fifth straight title and 12th overall. Kailyn Williams was named the tournament’s Outstanding Performer, and Shaun Kupferberg was again named the Outstanding Coach. Howard also boasts First Team All-MEAC honoree Kira Porter, who leads the MEAC in hitting percentage (.386), and MEAC Rookie of the Year Tamar Wells. Pitt is 29-1.

Troy (22-9) fell to Texas State in the semifinals of the Sun Belt Conference tournament on Saturday, Nov. 23. The Trojans are led by outside hitter Cheyenne Hayes and setter Amara Anderson, both of whom were named First Team All-Sun Belt. Defensive specialist Lacy Jeffcoat was named to the Sun Belt All-Tournament Team.