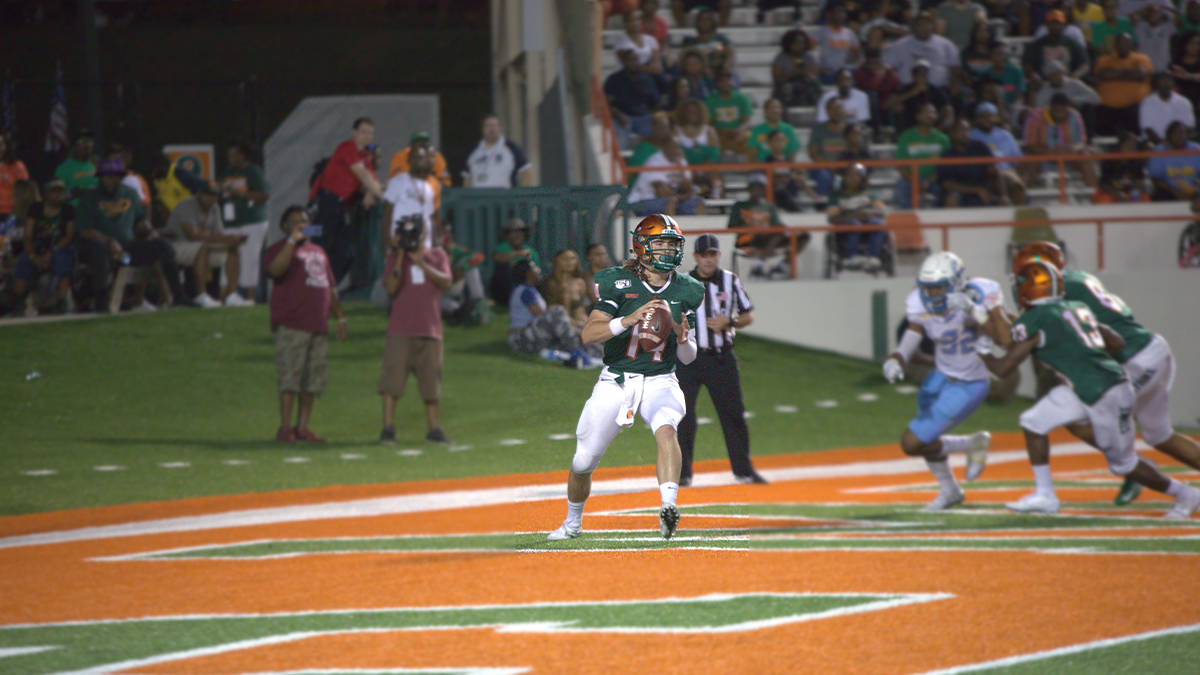 When it comes to top HBCU quarterbacks, Ryan Stanley’s name is often left it. That should stop after his big game vs. Southern.

Everyone in the MEAC knows who he is. But few appreciate him for what he’s done, even in Tallahassee. He’s affectionately known as “Sunshine,” a white quarterback who leads a historically black college football team.

His name is Ryan Stanley.

“That’s my job, and Head Coach Willie Simmons put it on me to lead the offense and drive the car,” Stanley said after the Southern game. “This offense is deadly, so it’s just my job to drive the car.”

No mystery to who is. Either way, not many don’t appreciate Stanley’s elite performance.

Stanley constructed a 13-play, 70-yard drive to set up by Yahia Aly. Stanely would finish the game 313 yards. He proved he could manage to move the chains. He accomplished this performance with a baseball-sized knot on his lower back.

For that game, it showed the whole HBCU community who Ryan Stanley is.

Critics tend to look at the overall success of the FAMU football program when judging Stanley. And to be fair, he has come up short in some late-game situations over the years. But not put all of the blame is on his shoulders. Part of the reason is the lack of adequate coaching staff throughout his career to put him in winning situations.

And now, this year, he’s managed to provide more evidence to name him an elite HBCU quarterback.

Stanley lit up Southern’s defense with 355 yards and two touchdowns on Saturday. More importantly, he didn’t turn the ball over.  He orchestrated a game-winning drive from the call to the execution.

“It was actually Ryan’s call to run the play,” Simmons said. “Ryan and [Wide Receiver] Xavier [Smith] did a great job hitting and double move in the end zone. Xavier ran a great route”.

Understand, playing quarterback at FAMU is tough. There’s a high standard to live up to. Stanley is chasing records held by the great Quinn Gray. Stanley broke the career record in competitions with 567 against Southern University.  Behind the record-breaking game, Stanley set a career-high for passing yard with 355, surpassing his total of 340 he set during the 2018 games against Jackson State.

Maybe people have overlooked Ryan Stanley. It’s understandable because of North Carolina A&T’s dominance of the MEAC and Celebration Bowl. Stanley’s performance against Southern should have silenced the critics.

Most likely, though, it won’t. All he can do is win and let the numbers speak for themselves.