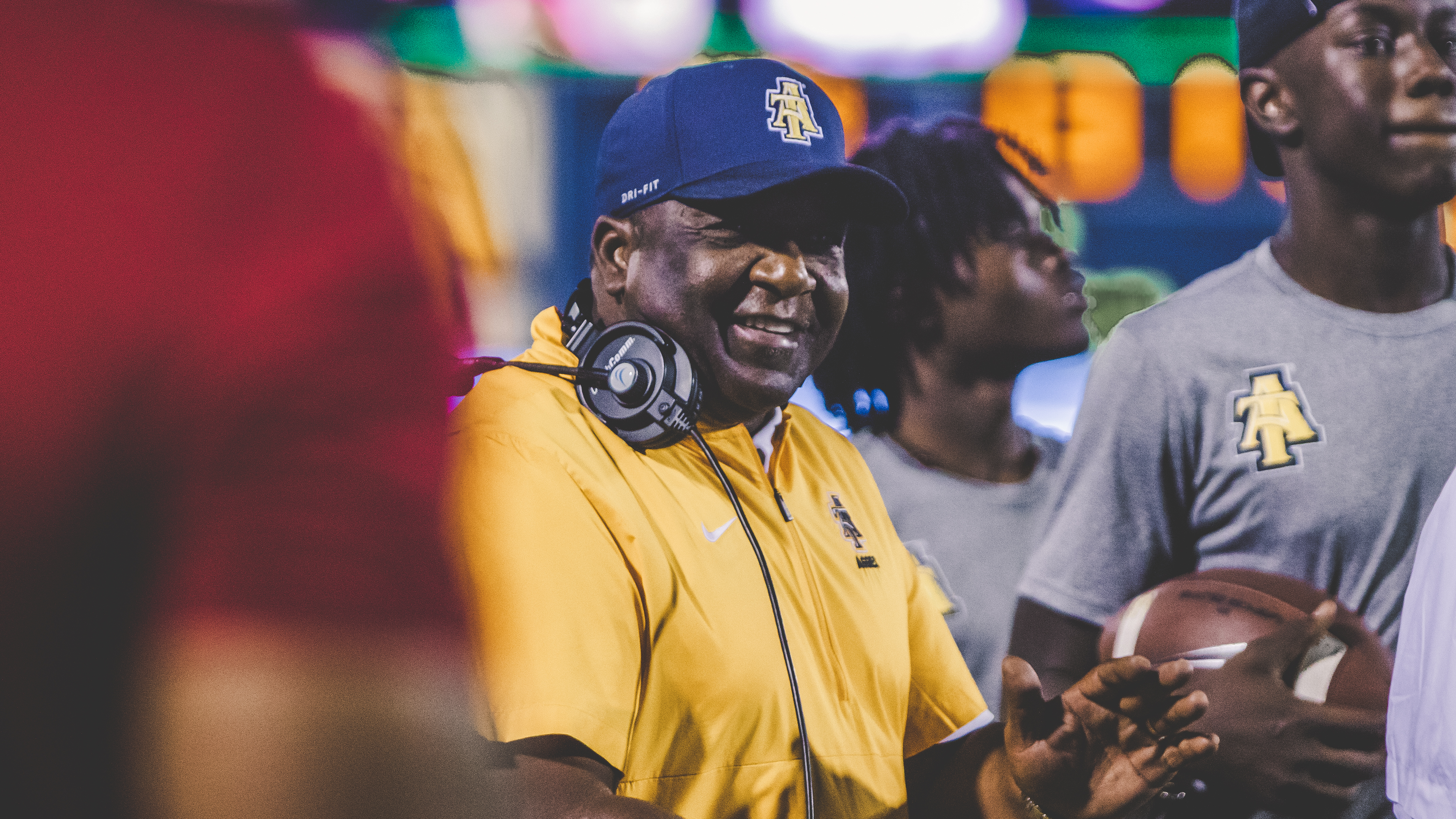 North Carolina A&T made quick work of Delaware State on Thursday night in its MEAC opener.

North Carolina A&T showed no signs of struggle as it beat Delaware State 37-0 this past Thursday.

The Aggies, fresh off a bye week, had 432 total yards of offense. 108 of those yards came from Jah-Maine Martin, who had a career-high four touchdowns this game.

Korey Banks, one of the three transfers from the University of South Carolina, had his first touchdown as an Aggie in the 2nd quarter. While Elijah Bell didn’t have a touchdown, he caught nine passes for 108 yards. He is now tied with Herbert Harrison and Wallace Miles for number of receptions.

Next week North Carolina A&T will face off against Norfolk State at William Price Stadium.