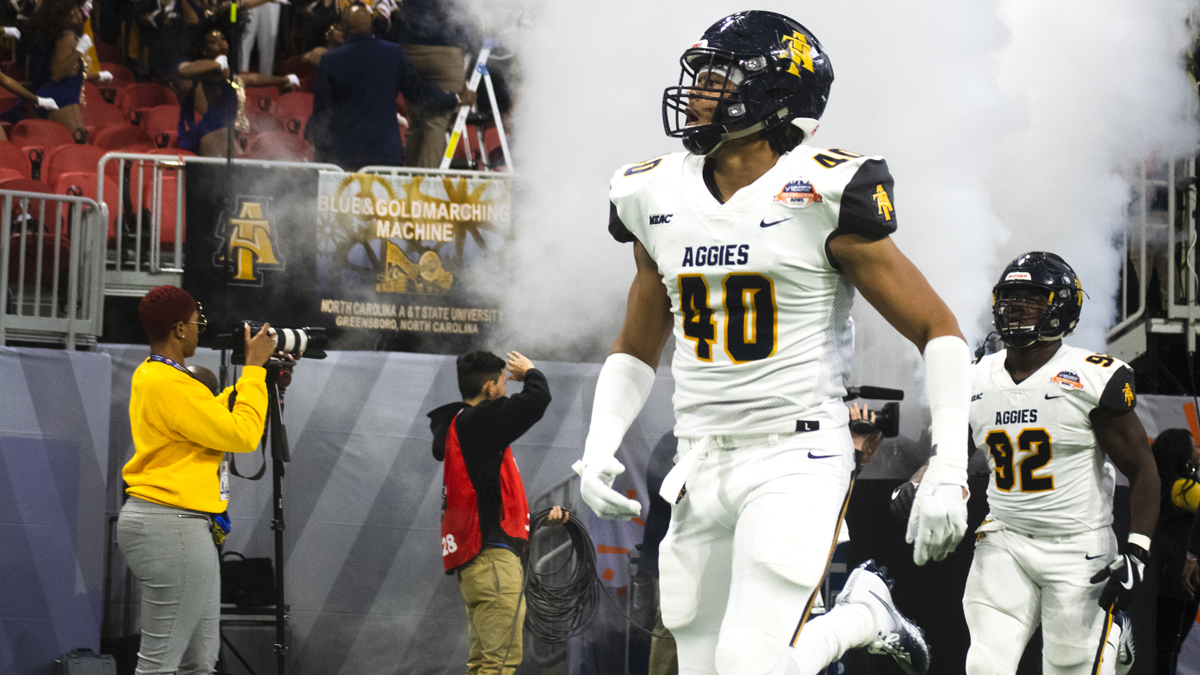 Former North Carolina A&T edge rusher and Buffalo Bills seventh round pick Darryl Johnson came in with a bang during his first NFL preseason game against the Indianapolis Colts.

“DJ” as he is affectionately known in Greensboro played 30 snaps on defense and 12 on special teams.

An August 10th article on buffalobills.com, titled “5 takeaways from the Bills this week” written by Play by Play announcer and host John Murphy, quotes Greg Cosell, executive producer and analyst for “NFL Matchup” on ESPN, who took note of Johnson’s performance and went back to look at his pre-draft analysis of the Bills rookie.

“What I said was that he was a very intriguing day three prospect with a desirable combination of size, length, and natural quickness,” Cosell told One Bills Live. “Sometimes he has the tendency to play high, but the baseline traits are there for him to develop into an effective NFL edge rusher. I think we saw some of that in the game.”

Cosell admits it’s only a one-game sample, but he thinks Darryl Johnson’s first preseason performance will lead to more snaps in the next few weeks.

The 2018 MEAC Defensive Player of the Year didn’t waste any time making a name for himself in Buffalo. He recorded 3 total tackles, (2 solo 1 assisted) 1 pass defended and recorded his first NFL sack in the opening game of the preseason.

Looking back at the 2018 MEAC DPOY

Darryl Johnson was the first Aggie to win MEAC Defensive Player of the year since Chris McNeil won the award in 1997 and left school after his junior year to enter the NFL draft.

He led the MEAC in sacks from his defensive end position collecting 10.5 takedowns in 12 games. He also led the league in tackles for a loss with 19 on the year.

The day after Johnson’s preseason showing, the Bills traded another defensive end, Eli Harold, to the Philadelphia Eagles for offensive tackle Ryan Bates.

Coincidentally or not, this move makes Johnson’s path to making the Bills final 53 man Roster that much easier as there is one less player in his position group he will have to beat out for a spot.

Johnson’s next opportunity to shine will be in the same state he played his college ball as the Buffalo Bills take on the Carolina Panthers on Friday, August 16th in Charlotte, North Carolina.

Take a look at the Bills Unofficial depth chart