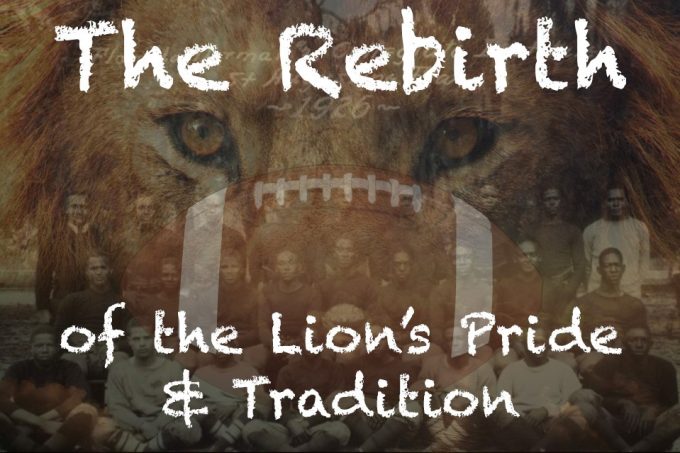 HBCU football will return to South Florida as Florida Memorial announces plans to bring back football after 61 years.

(MIAMI GARDENS, Fl.) — Florida Memorial Athletic Director Ernest T. Jones, the President, and the Board of Trustees are proud to announce the Rebirth of Football. Since accepting his new role at the University, Mr. Jones has been rallying for the return of Football after a 61-year Hiatus.

“I would like to thank the Board of Trustees, President Jaffus Hardrick, and the city of Miami Gardens Community for the help and support,” said Jones. “It’s A New Day, and Florida Memorial University will become the Global University academically and athletically that others will want to mirror.”

Jones put together an elaborate presentation that included a partnership with the City of Miami Gardens that will not only increase revenue and enrollment at the University but also create a family amongst the students and the city in which they reside.

“Football is more than just a game, it brings immeasurable value in uniting people and having a social and cultural impact on the community and quality of life of our Residents,” said City of Miami Gardens Mayor Oliver G. Gilbert III. “This partnership between Miami Gardens, Florida’s largest predominantly Black City and FMU, South Florida’s only HBCU, underscores our commitment to bring first-rate programs to the community.”

He says, “Florida Memorial University has a rich history of producing graduates who are trailblazers in their respective fields, and this will be no exception.”

After a majority vote of approval from the Board this morning, the rebirth of football will return to the Lion’s Den.

“As a member of the board of trustees, we have the responsibility to make prudent decisions that will expand and sustain our historic footprint,” explain Florida Memorial University Chairman Elect William McCormick. “Today, the rebirth of football on the campus of Florida Memorial University will provide new and exciting opportunities for our students as well as positively impacting our local community.”

“Football will undoubtedly create a tremendous surge of energy, pride and enthusiasm among students, faculty, staff, alumni, and the South Florida community, ” he said.

The last football game played by the Lions was a 14-8 win over Albany State in 1958. The University, then called Florida Normal and Industrial Institute, competed in the Southeastern Athletic Conference. From 1945-58 the team finished with an all-time record of 41 wins, 25 loses and six ties with a break in the 1949 season.

Football is a part of the school’s long-standing history, having been introduced in 1929 when the team played in the South Atlantic Intercollegiate Association. Currently the Lions compete in the Sun Conference as members of the National Association of Intercollegiate Athletics.

President Hardrick stated that “we are elated about the impact the Football program will have on our enrollment, retention, and engagement of our students. It will also galvanize our alumni and community.” He says the program shall elevate our university and help us integrate it into the greater south Florida community.

Conference commissioner Dustin Wilke sent his congratulations to the University on the new addition. “I believe this move will serve to strengthen both the athletic department and university as a whole at Florida Memorial as it continues to establish itself as a valued member of our conference,” said Wilke.

In the book entitled “The Playing Grounds” by Mark Pollak, the author discusses the history of the team’s home stadium, Bunkerhill Athletic Field in St. Augustine, Florida where they play from 1927-58. History will be made again as the team will play it’s first game in South Florida since the school relocated in 1968, 10 years after the dismemberment of the program.

Current board chair Jolinda Herring says the board of trustees is very excited to bring football back to the university. “We believe that it will be a game changer for the university and the community, both socially and academically,” said Herring.

With multiple championships and bowl game appearances under its name, the Lions now have a chance to make something old new again with the rebirth of the team.

Jones along with members of the board, President Hardrick, Mayor Gilbert and other distinguished members of the city will hold a press conference to officially announce the return of the team and its partnership Tuesday, June 4th at 4:00 PM. The event will take place at the Betty T. Ferguson Complex in Miami Gardens.