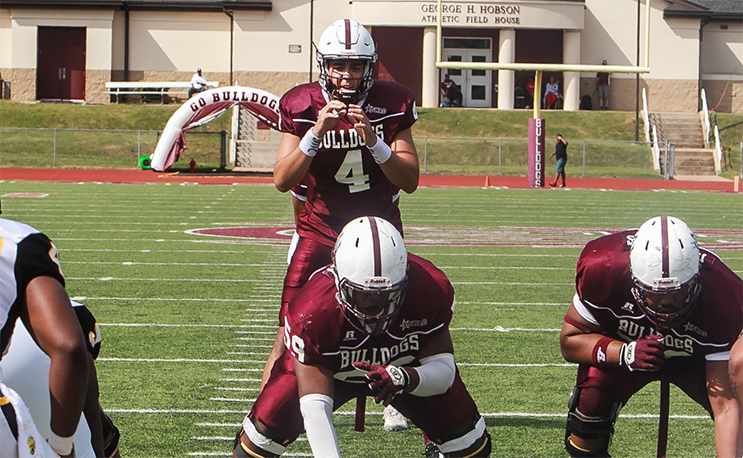 Aqeel Glass is getting better. Does he have what it takes to make AAMU a SWAC East contender?

The SWAC is known to be the land of high flying offense and there have been some impressive signal callers to come out of the league. The SWAC has produced some of the greatest quarterbacks in college football from Doug Williams, Shack Harris, Steve McNair, Darnell Kennedy, Bruce Eugene, TavarisJackson, Ben Anderson, Devante Kincade, and many others.

Now a new crop of signal callers will leave their marks on the conference and perhaps FCS football. So going into the 2019 season who are the top five quarterbacks in the SWAC? Well let’s take a look at them.

Aqeel Glass comes into 2019 being one of the elder statesmen in the conference as far as quarterbacks go. Glass has been the starter on The Hill since his true freshman year and he comes into year three hoping to take the torch as the top guy in the league.

Glass finished 2018 as the conference’s leading passer with 2,426 yards through the air and 20 passing touchdowns which also led the league. Glass is in his second season under Connell Maynor who has a reputation of getting the best out of his quarterbacks. A year ago Glass grew up before our eyes becoming the leader of the Alabama A&M offense.

Glass was able to increase production a year ago and limit the amount of interceptions that he threw as a true freshman. At 6’5 and 220 pounds, Glass is the prototypical pro prospect and he has the arm talent to catch the eye of NFL scouts.

As Glass goes, so does the Bulldog offense. With another year of experience and a nice cast of backs and receivers, it wouldn’t be a shock to see Glass pass for over 3,000 yards this season. Many in the SWAC believed that Glass was the top QB in the league in 2018 and that he could possibly be the league’s first drafted QB since Tavaris Jackson in 2006 from Alabama State.