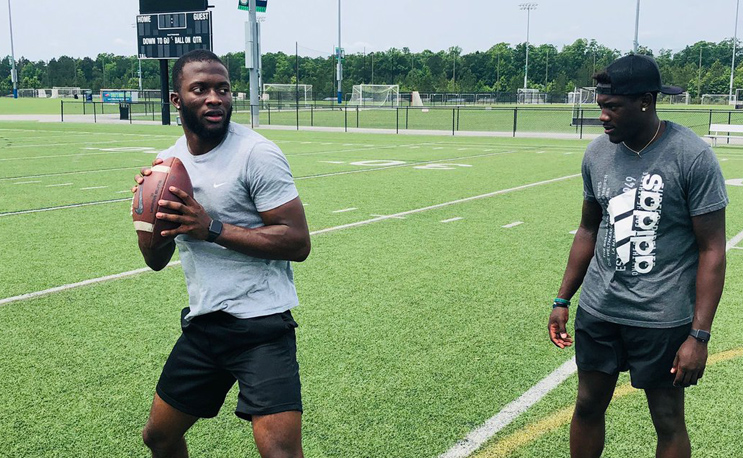 Jalon Jones hasn’t taken a snap in college football. But the Jackson State QB has the potential to be one of the best in The SWAC.

Jalon Jones has yet to take a collegiate snap but the announcement that the former Florida Gator and four-star prospect was headed to Jackson, Mississippi to continue his career woke up a slumbering JSU fan base.

Jones is a heralded quarterback from Richmond, Va who was rated the number 306 overall player in the nation by 247Sports and the number 10 dual threat Quarterback for the class of 2019. In the Spring game at Florida in limited action, Jones rushed for 63 yards on three carries and went 1-of-3 passing for five yards. Jones helped lead Baltimore’s St. Frances to a 13-0 record as a junior while rushing for 819 yards and eight scores in high school. He threw for 1,026 yards and 11 touchdowns. Jones is a talented passer but he is known for how dangerous he is with his legs.

Jones’ talent at the QB position seems to be just what the Tigers have been missing. The Dark Side defense of Jackson State finished third in the conference in total defense, but offensively the Tigers finished 9 th in the league in total offense. Having a blue chip recruit to come as freshman is rare at the FCS level so when Jalon Jones announced that he was leaving the SEC to play in the SWAC, it had social media buzzing for both good and bad reasons. At 6’3 and 205 pounds, Jones has prototypical size and with his abilities he could become the next legendary quarterback in the SWAC.