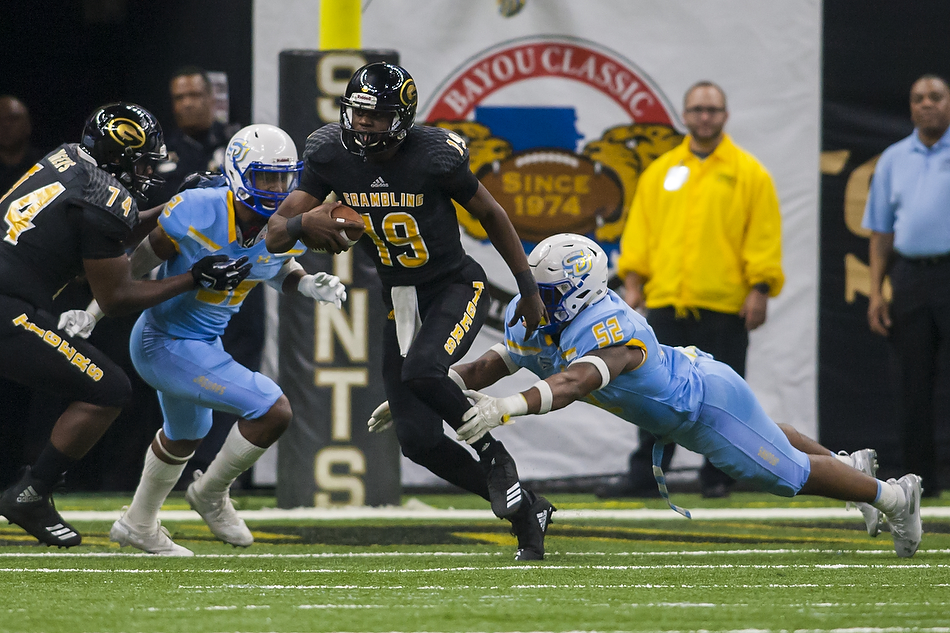 Playing quarterback at Grambling is a tall task, but last season Geremy Hickbottom showed himself more than capable of handling it.

Now a new crop of signal callers will leave their marks on the conference and hopefully their marks on the nation. So going into the 2019 season
who are the top five quarterbacks in the SWAC? Well let’s take a look at them, starting with no. 5.

Geremy Hickbottom was predicted to lose the Grambling QB battle against Arkansas State transfer Aldon Clark a year ago. Good thing that Hickbottom never got this message because he was able to put together an impressive season for the G-Men. Hickbottom passed for 1,945 yards and 16 touchdowns a year ago and added another 500 yards and eight touchdowns on the ground.

Hickbottom was Grambling’s passing and rushing offense a year ago. He did it all for Grambling. He seemed to find a way to make the big play to keep
the Tigers in games a year ago despite the offensive line not being as strong as they had been in recent years.

Hickbottom was sacked and hit a lot a year ago and he kept getting up and kept competing. At 6’4 and 210 pounds, “Hick” as they call him and Grambling draws certain similarities to his current quarterback coach Kendrick Nord, who is one of the great quarterbacks that Grambling State has produced in its illustrious history. Hickbottom comes into 2019 looking to build off of what he was able to accomplish in 2018 and based on what he was able to display, the sky is the limit for him.