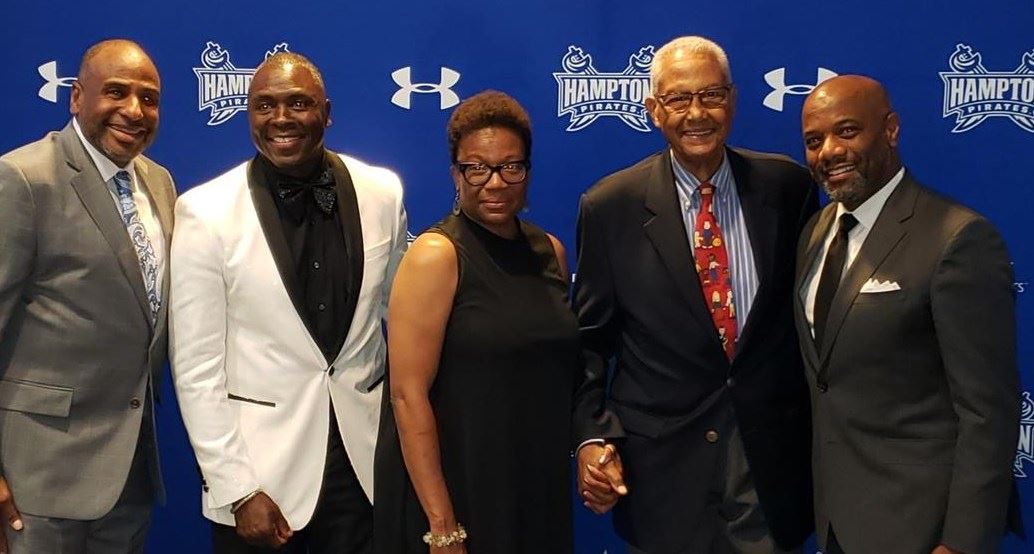 Meet the trio of Pirates inducted over the weekend.

Walter “Fuzzy” Ward, Thomasina Busch Cunningham and Darryl Skinner joined a prestigious group of inductees as the newest members of the Hall of Fame.

Thomasina Busch Cunningham ran as a senior from Northampton (Va.) High School at the Virginia High School State Championships here at Armstrong Stadium where she caught the attention of then head coach, the late John White.  After meeting women’s coach LaVerne Sweat she was signed to a full scholarship.

This marks her second Hall of Fame induction this year after joining the CIAA 2019 John B. McLendon Jr. Hall of Fame in March.  She currently works in Richmond as an Auditor for the Tobacco Enforcement Unit with the Office of the Attorney General.

Darryl Skinner was born and raised in Virginia Beach and studied Building Construction Technology during his time at then Hampton Institute.  He was a two-sport athlete earning All-CIAA honors in both track and field and on the football field.  With track, he was All-CIAA each year in the 60 meters and the 100 meters along with the 4×100 relay.  His relay team set the school record in the 4×100 at the 1984 National Championships.

On the football field, he set a school record with a 100-yard kickoff return against Norfolk State as he was named CIAA Sports Network Player of the Year.

Post college he recently retired as a Corporal Detective from the Chesterfield County Police Department after a 30-year career where he won four Achievement Awards, a Unit Citation Award, Chief’s Commendations and a Governor’s Recognition Award in 1992.

Walter “Fuzzy” Ward began playing basketball at George P. Phenix High School in 1954.  When he entered then Hampton Institute he developed into a record-setting scorer.  Ward was a three-year team captain, team MVP as a senior as well as First Team All-CIAA.  Outstanding on offense and defense, Ward played 86 consecutive games and closed out his collegiate career by scoring 23 points to break Hampton’s all-time scoring record in 1961.

Ward was the first player drafted from Hampton into the NBA as the Detroit Pistons selected him in the eighth round of the 1961 draft.  He was also drafted by the Washington, D.C. franchise of the now defunct American Basketball League. Unfortunately, he was unable to accept either offer, however, as he was required to comply with the military draft at the time.

Following his Army career, he taught, coached and mentored students in the New York City and Westchester County public school systems for over 35 years.   Ward passed away in 2007 and was inducted posthumously into the Hampton Roads African American Sports Hall of Fame, along with local legends including Alonzo Mourning, William “Shorty” Gray, Darren Perry, and Lisa Rice.