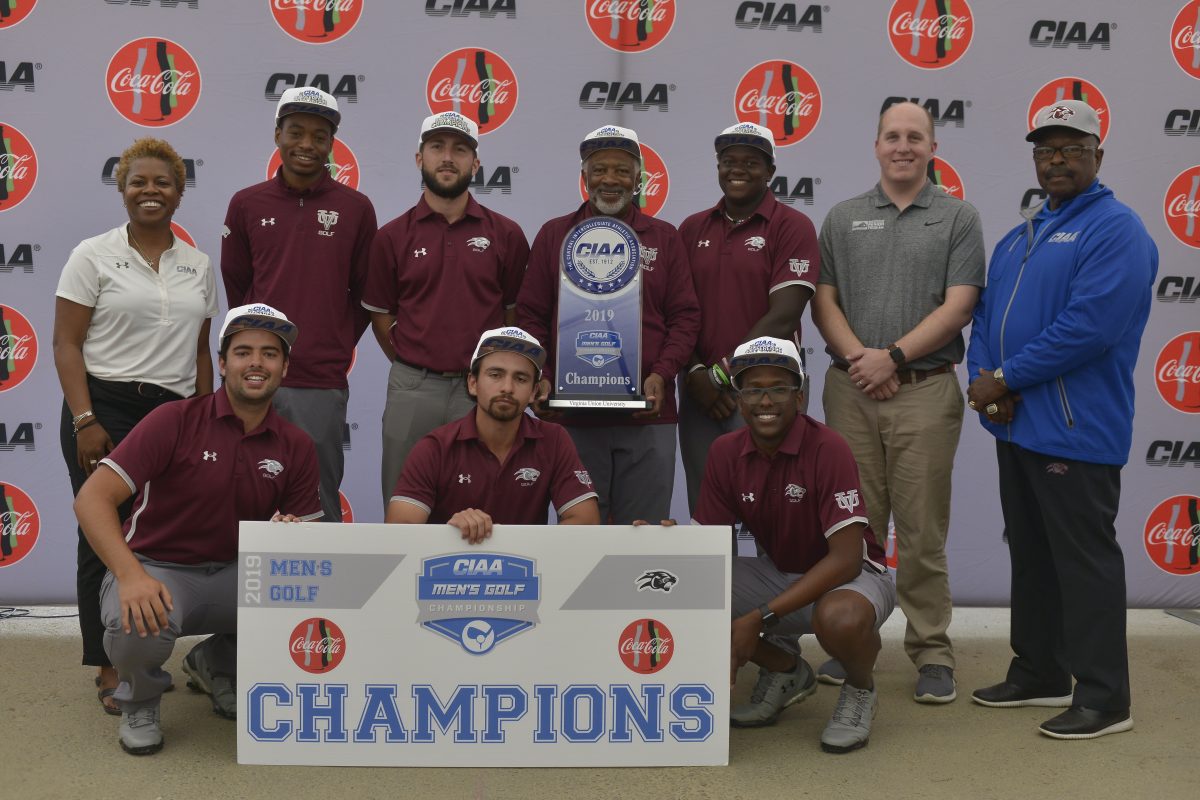 The Panthers break a nearly half century of futility

NEW KENT, VA – The Virginia Union golf team capped off their strong season in the CIAA by holding off the field to win the 2019 Central Intercollegiate Athletic Association (CIAA) Golf Championship, held at the Club at Viniterra in New Kent, VA. Fayetteville State’s Sean Burke maintained his lead from round 1 to take home the individual title.

After coming into round 2 with a narrow four-stroke lead, the Panthers separated from the field on the last day to finish the two-day event with a score of 607 (+31), capturing their first CIAA championship since 1971. VUU bested second-place Fayetteville State, who finished with a team score of 622 (+46), by 15 strokes to sweep all CIAA contests this season. The Broncos made a strong push in the second round to move into second place and hold off defending champion Livingstone, who finished in third place during the championship with a score of 633 (+57). The Blue Bears finished in third place during all CIAA events throughout the season.

Burke, who received the Lowest Medalist award, defeated Johnson C. Smith’s DeJuan Powell by shooting for par in a one-hole playoff to win the tournament. Both golfers finished the tournament with a 147 (+3). Livingstone’s Michael Sutton mirrored his team’s place by finishing third individually with a score of 148 (+4). Virginia Union’s Paul Meints (+6, 150) and Alkin Barkley (+7, 151) helped round out the top five. All five aforementioned golfers were named to the All-Tournament team.

In addition, Burke, a sophomore from Fayetteville, NC, was named All-CIAA as well as 2019 CIAA Player of the Year, which is given to the player with the highest combined average from the CIAA Northern Tournament, CIAA Southern Tournament, and the CIAA Championship. Virginia Union’s Barkley and Travon Willis shared Co-Rookie of the Year honors as well as being named to the All-CIAA team.

Virginia Union will now advance to the NCAA Atlantic Regional Tournament, which takes place May 9th-11th in Greensburg, Pennsylvania.

For a complete look at the final team and individual results, please visit https://bit.ly/2IsqusC.