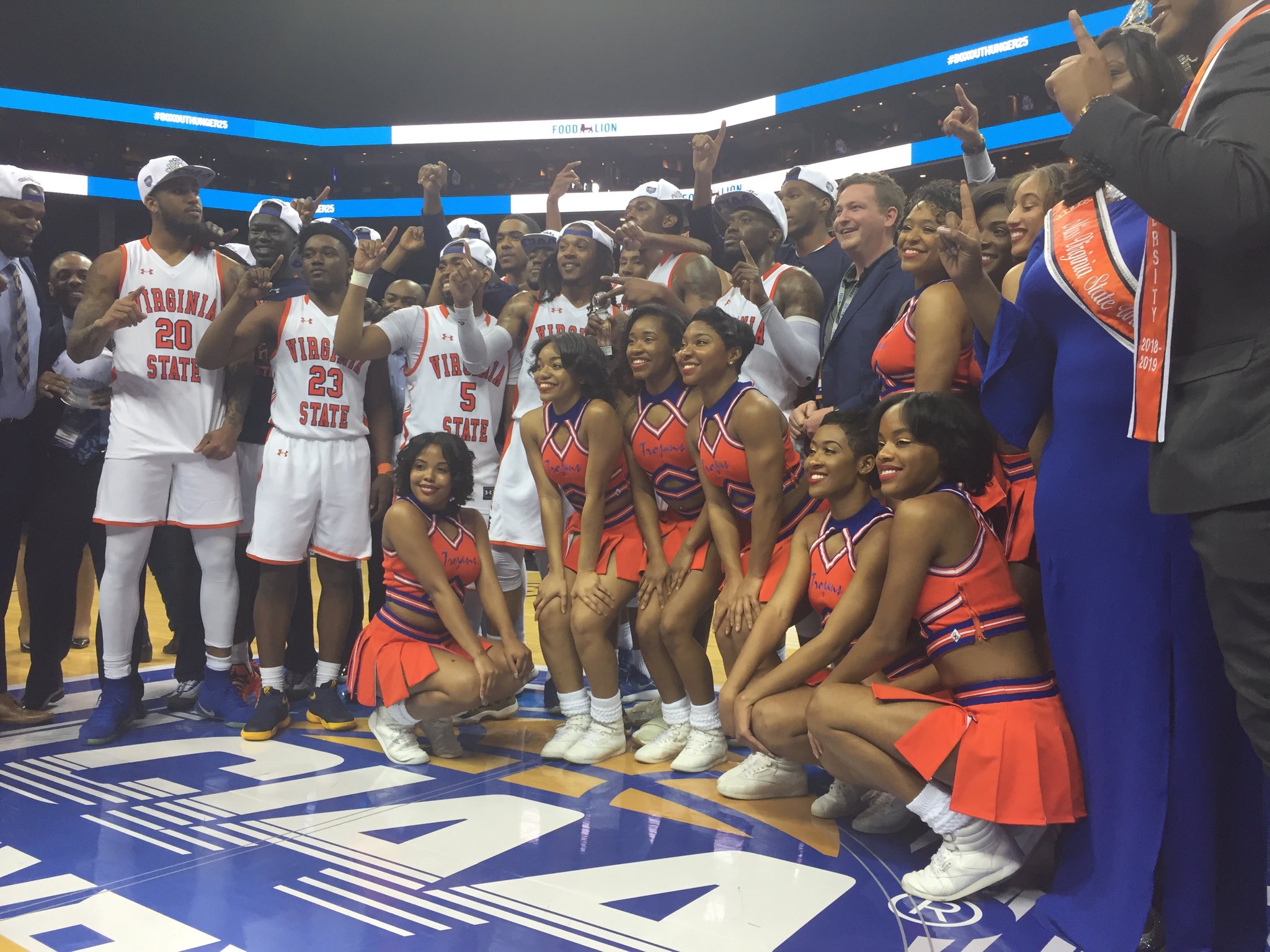 Virginia State opened strong and went up 21-3 over Shaw in just over six minutes. Shaw responded with a 19-3 run to cut its trail to five points with 7:57 left before halftime. The Trojans regrouped with a 15-3 run and only allowed one Shaw field goal for the remainder of the half. A layup just before the buzzer from Jahmere Howze sent VSU into halftime up 42-25.

The Trojans came out of halftime hot; they went on a 17-5 run and pushed the lead to 29 points with 14:30 left. The Bears refused to quit, though. Shaw outscored VSU 30-10 in just under 11 minutes and cut the trail to nine points with 3:36 remaining. VSU’s Andrew Corum cashed a three-pointer in response to set the tone and open back up a double digit lead with just under three minutes to go. Shaw went to the line with 56 seconds left and made three free throws to cut the trail back down to nine, but VSU’s Howze took two charity stripe shots of his own to secure the 77-66 victory.

Howze led the Trojans with a double-double of 28 points and 12 rebounds. Jalen Jackson followed with 16 points and eight rebounds.

The Trojans are now 26-4 overall and ranked 15 in the nation. The championship victory gives VSU an automatic NCAA D2 playoffs bid.