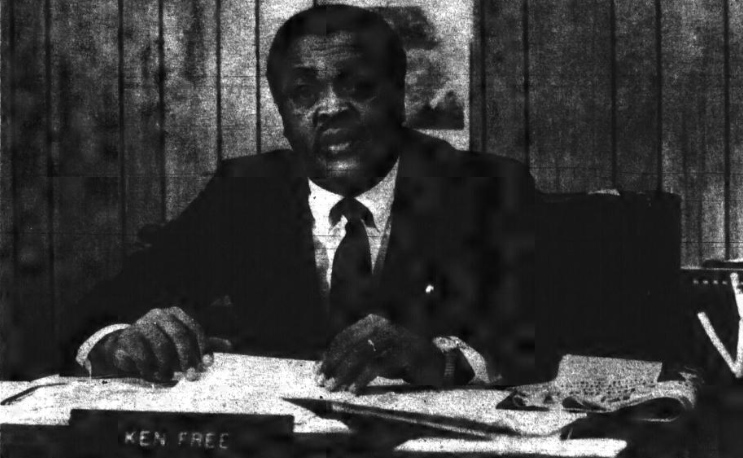 Moving to Division I competition was a lofty goal for the young MEAC that left several schools sliding in and out of the conference.

A&T, considered the flagship school of the MEAC from its inception, was having second thoughts about this Division I thing as well. Athletic Director Orby Moss told newspapers that things were getting desparate.

“A&T has a long football tradition, but that tradition has been getting kicked quickly. We’re on the verge of making a decision. We’re either going to get more funding for football or drop to Division II.

“We’re one of 20 schools playing football in North Carolina,” he said. “There is no state funding for our athletes. We’re allowed only 43 in-state scholarships. If we take a young man from out of state, that counts as too. The money from these scholarships must come from ticket sales, fundraising and student athletic fees. It’s tough and I believe Maryland schools are in the same situation.

“He shouldn’t say those things. A&T was a prime motivator in our league’s joining Division I-AA. The school president is a fighter and a promoter of progress. Going back to mediocrity is not his forte.”

A&T never did leave the MEAC, of course. The conference would add Coppin State in 1985, albeit without football.

And all the schools that did eventually returned. Morgan State came back in 1986 and so did FAMU (though it would try to leave again two decades later). Even North Carolina Central eventually found its way back after another 25 years in its original home, the CIAA.

Eventually the conference would add two other giants from the CIAA in Hampton (1995) and Norfolk State (1996). A decade later Winston-Salem State was accepted as a provisional member, eventually deciding against a permanent move to Divsion II and returning to the mother league. Savannah State was accepted soon after WSSU and NCCU, but is dropping back to Division II at the end of the school year.

Forty years after it nearly collapsed, the MEAC is still around, however many of its schools are struggling to stay afloat in the raging waters of Division I athletics. With Hampton out and Savannah State on its way back to D2, and other schools still fighting to keep their heads above water, the next five years could be equally as tenuous as they were from 1979 through 1984.

673
The Latest in HBCU Sports and Culture