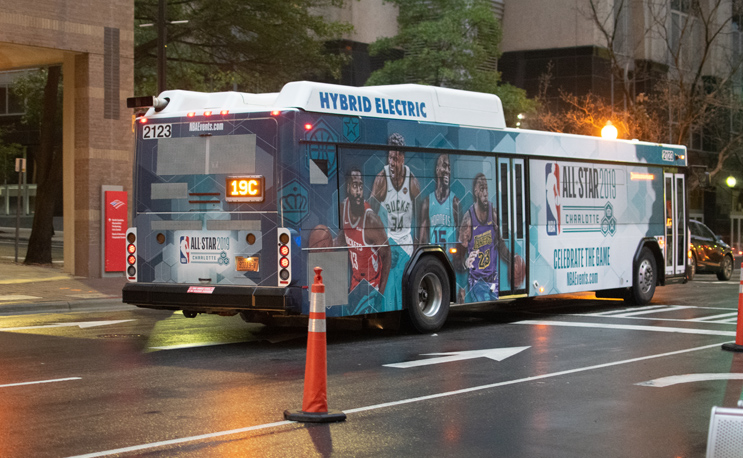 After waiting for nearly three years, the NBA All-Star weekend has come and gone in Charlotte. How does it compare with CIAA?

The NBA All-Star Weekend in Charlotte, a moment 28 years in the making, is now over with.

The city is now switching gears to host the CIAA Tournament, the sports and cultural event that has called it home for more than a dozen years. So of course, discussion over which was better inevitably ensued and the results appeared to favor the HBCU event of the year on the East Coast.

E. Odie, a well-known host actor in the Charlotte area, dropped an Instagram post comparing the two events that had a lot of people talking.

It’s a shocking claim for many outside of the Carolinas (and even some in the area), but Sport was not alone in his assessment.

Chico Bean, a comedian and star of Nick Cannon’s Wild-N-Out, definitely noticed a difference between the two events.

“All-Star Weekend is like going to an Amusement Park. You have people all over the world who come to enjoy the theme,” he wrote in an Instagram comment. “CIAA is like going to a block party. It’s for people who know and understand the block, that’s why it’s more fun.

“Cuz the people who attend all come off the block, in some way shape or form.”

Like Sport, Bean is a graduate of Winston-Salem State University, a member of the CIAA.

The End of The Road

There has been much anticipation over the All-Star Weekend since it was announced in 2016 that Charlotte would be hosting the game in 2017. Of course, that never happened thanks to the controvercial House Bill Two that left the Queen City out in the cold without the world’s biggest basketball showcase for another two years.

The CIAA was the one big event that didn’t pull out of Charlotte or North Carolina at the time. Of course, as we told you first in January, the event will be leaving Charlotte after 2020. It’s heading to Baltimore, marking the end, or at least the pause of an era.

Walking the streets of Charlotte on Sunday evening just before the All-Star Game was nothing like walking those same streets on Saturday night at the CIAA. It was much heavier on barricades and lighter on foot traffic than what is normal the last week of February.

The NBA did a great job engaging the community during its time in the Queen City, but the CIAA is the culture thanks to the heavy HBCU presence in the region. Hopefully, the brush with the big time will make CIAA even more valued as its time in Charlotte comes to a close.