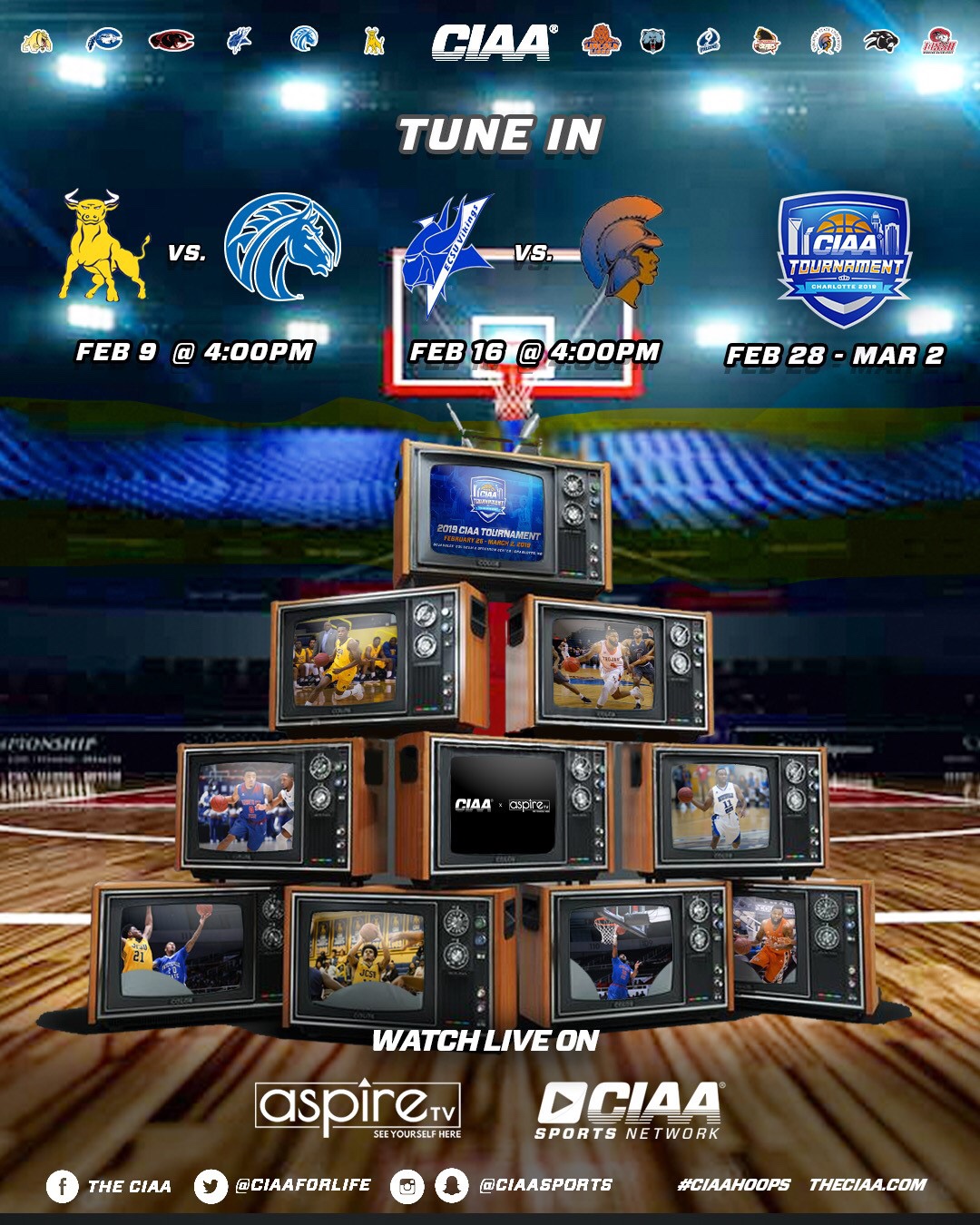 The CIAA has announced their slate of televised men’s and women’s basketball games for the 2018-2019 season.

The Central Intercollegiate Athletic Association (CIAA) announces a broadcast schedule of ten (10) basketball contests, which includes games within the 2019 CIAA Basketball Tournament, to be televised live on Aspire TV this 2018-19 season.

The CIAA and Aspire TV will once again partner to broadcast the Basketball Tournament, beginning Thursday, February 28 at Spectrum Center (formerly Time Warner Cable Arena) in Charlotte, North Carolina. Two men’s quarterfinals contests in addition to all four (2 women’s, 2 men’s) semifinals games will broadcast prior to both the Women’s and Men’s Championship games on Saturday, March 2, 2019. The Women’s Championship is scheduled to tip off at 1:00 p.m. with the Men’s Championship to follow at 4:30 p.m. ET.