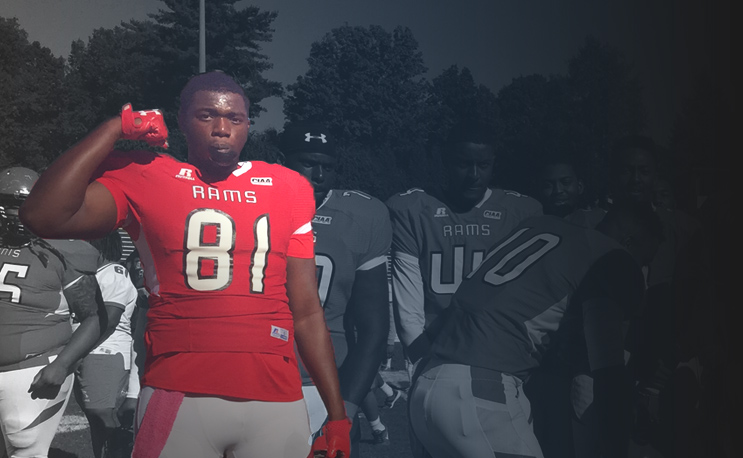 WSSU freshman tight end Jonathan Gilmore was killed in a car accident on Saturday in Fayetteville.

The Winston-Salem State football community is mourning the tragic loss of one of its younger student-athletes.

WSSU freshman tight end Jonathan Gilmore was killed in a car accident around 4 p.m. on Saturday in Fayetteville, according to the Winston-Salem Journal. Football brought him home ahead of the Thanksgiving weekend.

“He was home to see his high school (South View) play in a playoff game on Friday night,” his mother told the paper.

“He wasn’t just a good kid, he was a great kid,” WSSU head coach Kienus Boulware said. “He had just texted me last week about setting up a meeting because he wanted to know what he could do this off-season to become better.”

Gilmore is the second active member of WSSU football to die in 2018. Defensive lineman Najee Baker was killed earlier this year at a party on the campus of Wake Forest.

Our thoughts and prayers are with the team, the school and of course his family.