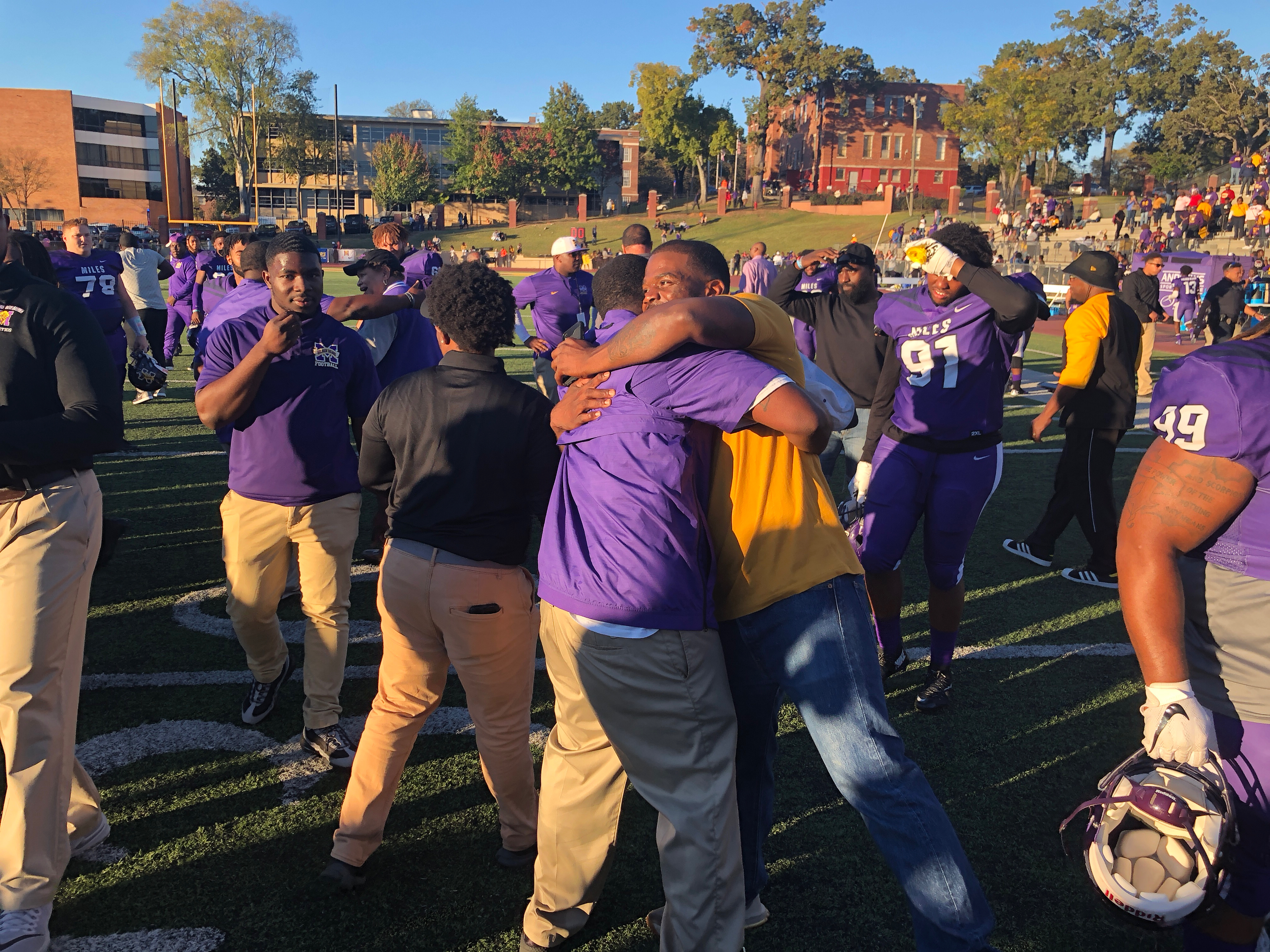 Miles College completed a comeback to remember to vanquish Tuskegee and claim a spot in the SIAC title game.

There will be a new champion in the SIAC.

Miles College completed a dramatic comeback for a 31-27 win over defending champion Tuskegee at home on Saturday.

‘Skegee led 24-7 early in the third period, but Miles stormed back to score 17 unanswered and tie the game at 24 all early in the fourth quarter. TU would take a 27-24 lead with 5:23 left in the game to briefly take control.

But Miles has found a way to stick around and win close games in the second half of the season, and it happened again on Saturday. Daniel Smith hit Leonard Tyree with a 27-yard touchdown pass from Daniel Smith to take the lead for good.

The Golden Tigers were unable to respond and finish the season with a 5-5 record.